During a House hearing on Wednesday, the director of the Food and Drug Administration’s Center for Tobacco Products, Mitch Zeller, was questioned about the agency’s upcoming vaping policies.

The House Oversight and Reform Subcommittee on Economic and Consumer Policy on Wednesday, led by Chairman Raja Krishnamoorthi, grilled Zeller about the FDA’s delayed ban on flavored vape products.

SEE ALSO: Despite Vape ‘Epidemic’ Hysteria, Data Shows Teen Nicotine Use Is Down

“I cannot give you a ‘yes’ or ‘no’ answer,” said Zeller of the FDA’s suggested government policies, which have been delayed since President Trump promised an all-out ban in September. When Krishnamoorthi pressed Zeller about the FDA’s guidance to ban flavored e-cigarettes back in October, Zeller said he hasn’t been “directly involved in discussions” with the Administration.

At the end of the hearing, Krishnamoorthi accused the FDA of failing on the job, saying “the answers you provided today are not gonna do.”

At one point, Zeller explained that regulating companies like Juul is “a balancing act,” due to testimonies from former smokers claiming flavored cigarettes have helped them quit. “When it comes to kids, a comprehensible plan is needed,” the director told the Committee. “We’re using as many regulatory and statutory tools that we have.”

While the House members appeared to be pushing for a full ban of flavored e-cigarettes, Zeller maintained that the move to “clear the market” of these products is still being studied by his team. He also confirmed that flavored e-cigarette usage has risen at “disturbing” rates among middle and high school students, though there’s “no definitive answer” as to why injuries have risen in recent months.

Zeller also noted the importance of differentiating between the epidemic of nicotine-delivering e-cigarettes being used by teens and THC-containing vaping device being sold illegally. He also reiterated the Centers for Disease Control and Prevention’s (CDC) findings of traces of THC and Vitamin E acetate being found in the samples from injury cases.

Meanwhile, in an announcement ahead of the hearing, chief regulatory officer Joe Murillo wrote that the company’s position “can be seen through our actions—this is a topic we are not lobbying the Administration on, and we now only sell Tobacco and Menthol products in the U.S. We will support and comply with the FDA’s flavor policy when effective.”

It’s unclear what the FDA and the White House’s next move on vaping policy will be. It appears the hearing has only pushed the House to further its agenda for an all-out vape product ban. 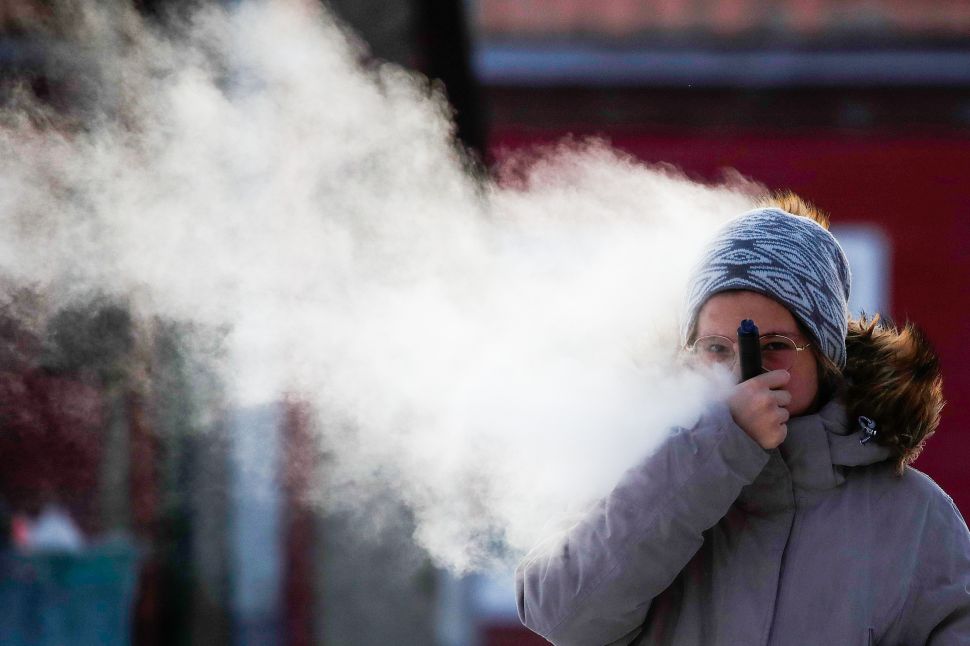