Netflix can throw all the money it wants at splashy yet empty originals, such as Henry Cavill’s The Witcher, but it is beloved legacy programming (reruns) that keep audiences engaged long-term. Original programming drives subscription growth, but 72% of Netflix’s watched minutes is reportedly devoted to library series. Among its vast back catalog of older content, Friends and The Office stand as the gold standard—long-running sitcoms that continually attract viewers both new and old. The only problem: Friends will depart for WarnerMedia’s streaming service HBO Max at the end of this year, while The Office will be reclaimed by NBCUniversal’s Peacock in 2021.

Long after both series have concluded their runs, fans are still clamoring for revivals. While cast and crew involved often shoot down the idea, former NBC Entertainment chairman and current WarnerMedia head Bob Greenblatt suggests that both could actually happen.

“I was talking to [series creator] Greg Daniels four years ago about rebooting The Office, way before this. He wants to do it and actually has an idea for it,” Greenblatt recently told The Hollywood Reporter. Of the two series, The Office is more likely to return. Unlike Friends, those involved with the NBC sitcom, both in front of the camera and behind the scenes, have publicly expressed varying degrees of interest in returning to Scranton. Unsurprisingly, that hasn’t stopped Greenblatt from pushing for new Friends content as he prepares HBO Max for launch in May.

“I got [the cast] to do the James Burrows tribute special when I was at NBC,” he said. “And all I will say is, ‘We’re talking about it.’ We’ve been drilling down on what it could be and trying to see if everybody’s really on board and interested. And if so, can we make the right deals for everybody. We’re starting it as a special. It’s possible there could be something ongoing, but it would be in steps. We’re far from that.”

Of course, there’s no guarantee that hopeful intentions turn into official green-lights. Schedules are stuffed to the bursting point and not all involved may have a desire to return. But there’s no doubt that any sort of continuation of The Office and/or Friends would provide a major boost of interest into Peacock and HBO Max, respectively. 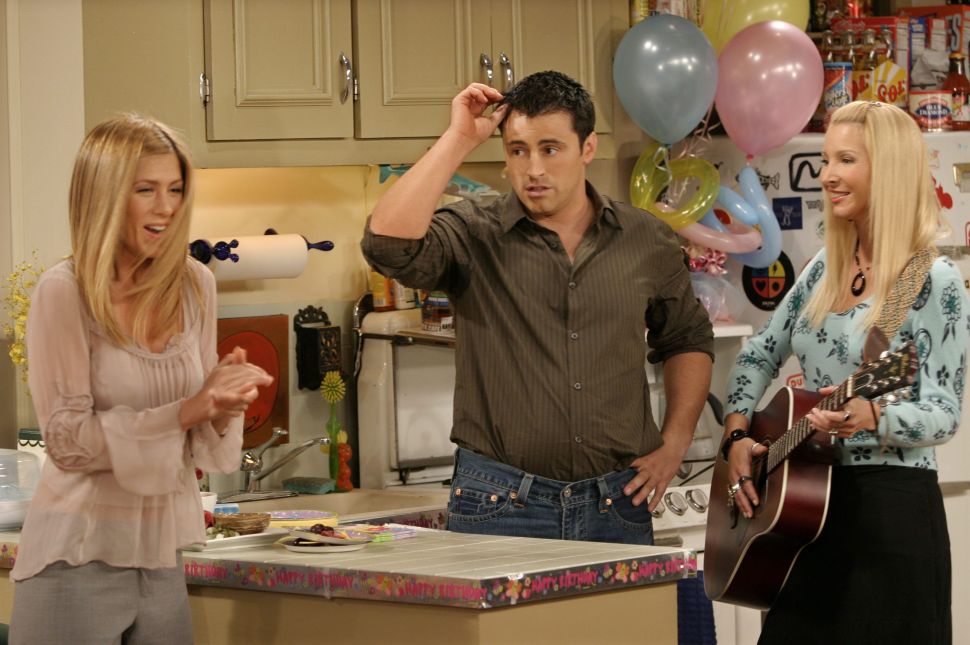