Seven years ago, some good-willed Americans launched the creation of “Giving Tuesday,” an event that has grown in charitable contributions by leaps and bounds. Unfortunately, all that good will is likely to be concentrated in the hands of a few charities. Here’s how you can spread a little more good cheer, by finding the charity that needs your gift just a little bit more.

Back in 2012, a New York City non-profit called 92nd Street Y took social media by storm by whipping up the true spirit of giving, while mixing in a little help for those in need. In fact, last year, generous donors gave away $427 billion, according to Giving USA, as reported in Newsweek. And that’s really great news.

But that Christmas cheer wasn’t extended to all. Sadly, that money went to a little more than 150 world charities, according to Yahoo. And you’re probably thinking that there are a lot more than 150 charities that need help out there (in fact, there are 1.6 million non-profits).

Here’s another trend that’s worrisome to others. There are a lot more Scrooges than Santas these days. While 2018’s crop of charity dollars was a record, it was down nearly 2% when you adjust for inflation, according to that Newsweek article. Moreover, while the money was up, the number of donors went down.

It’s not that we’ve morphed into a bunch of Grinches. It’s that the 2017 tax law expanded how much taxpayers can deduct, but kept millions from claiming a tax break from their donations to charities, as the AARP reports. Normally, those individual donations are the bread and butter of donations to groups in need.

Changing the tax law is as hard as whipping up some last minute figgy pudding. But there’s a way to get around these challenges and make your giving make a difference for so many.

The Haves Get Bigger Christmas Stockings Than the Have Nots

Earlier this year, MarketWatch revealed that 20 elite universities got nearly 30% of all donations to higher education. Yet, those schools serve less than 2% of all undergraduates.

Jonathan Meer, an economist at Texas A&M University who studies collegiate charitable giving, defends such a practice in that MarketWatch article. “If let’s say three decades from now [a major donation] leads to a cure for malaria or cancer treatment with a three-day course of pills, I think it would be very difficult to argue that that money maybe should have gone to a more immediate cause.”

As you might expect, the list includes Ivy Leagues and large state universities, a Who’s-Who list of schools. But they’re not out there serving every “Who” in “Whoville.”

It’s not hard to figure out why. Rich schools can attract richer students, who make more and can donate more to their alma mater. It’s like the basketball game of “make it, take it.” It helps the haves, creates resentment among the have nots, and makes all higher education a target for liberal and conservative critiques that colleges are being “elitist.”

Suggested improvements involve limits on such donations, or on the power of donors to dictate what the amounts are spent on, pointing out how selfish the naming rights to a building may be perceived.

Bigger Bang for Your (Reindeer) Bucks

But I disagree. Donors should get some naming rights for their dollars. But there’s a more effective way to spend this. There are only so many buildings at Harvard. There are only so many endowed chairs at Stanford. Yet there’s a better way to get your name out there. Think about the many regional colleges and community colleges who need the help.

Don’t overlook those small private colleges, with a religious affiliation (that are non-profit colleges), that could use the help. I know they need help because I teach at one. The myth of our schools is that our students own a Lexus or two, but in reality, nearly half of our college students are Pell-eligible, with just under a quarter of our student population classified as “high need.” Without help, they don’t attend college at all, much less graduate.

And while a large state university would be cheaper, many of these students need our low student-to-faculty ratio and close interaction with their professors. If you could see the transformative “Eureka” moments when students from all types of backgrounds, passed over by better known schools, master anything from statistical techniques to complex theories, you’d see why I took a pay cut to come to such a small school—to make a difference.

Let’s say a donor could have a competitive application for a donation to do, as Meer suggests, and find a cure for malaria or a better cancer treatment, but not all at the same 20 colleges. Otherwise, there’s no guarantee that the recipient even takes a biology or chemistry class. You could have some seek a clean energy alternative, improve police-community relations or develop a business plan for a community bank not served by other financial institutions.

Just think of how you’d be a big fish in a small pond, with your dollars going further than they would if you were a small fish in a big pond, where your gift is dwarfed by others. Being the hero to the local college would resemble a scene from It’s a Wonderful Life.

Knowing Where to Give

It’s not that most people are heartless. Only 18% say they have no interest in donating to charity whatsoever. But even though most people can take a hint that helping matters, they don’t have a clue how to get started. A survey of would-be donors to animal causes revealed that only 24% of these would-be helpers could even name an organization to help. CNBC has some ideas about how to make up a list and check it twice, figuring out if a charity is on the right level, as well as provide links to check up on those non-profits that could use a helping hand.

And finally, though the tax bill didn’t help individual donations, it does provide a lot of opportunities for corporate giving. While the same opportunities are there for businesses to get their name brand on everything from health care to the environment, there’s an additional bonus: businesses can match gifts made by employees. And nine out of 10 companies do or plan to do that. Now that’s the Christmas Spirit! 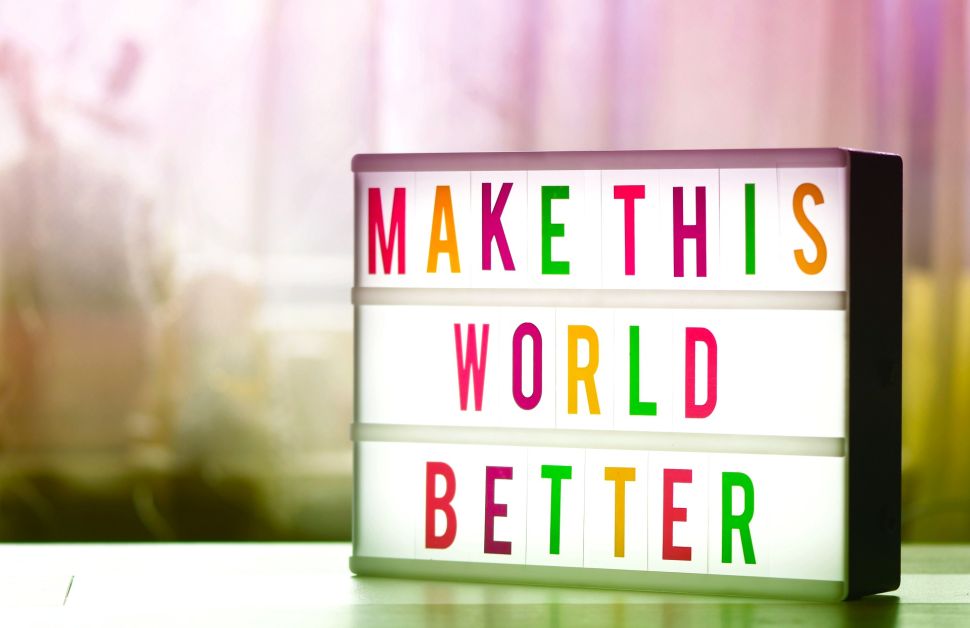