HBO’s Watchmen is so, so good. We probably should be maintaining a stricter level of objectivity, but that’s easier said than done. Creator Damon Lindelof boldly remixes classic foundational elements of Alan Moore and Dave Gibbons’ seminal 1980 graphic novel to achieve something both strikingly unique and yet eminently universal. In Sunday night’s episode, cleverly titled “A God Walks Into Abar,” Lindelof and his writer’s room deliver the show’s most explosive hour.

As we discovered in episode 7 last week, Cal—the loving and supportive husband of Regina King’s Angela Abar, played by Yahya Abdul-Mateen II—is actually iconic character Doctor Manhattan. You know, the living god of the Watchmen universe who is so powerful that he can even create life. Though a few eagle-eyed Redditors predicted the reveal early on, most viewers were caught mouth agape at the revelation last week.

In “A God Walks Into Abar,” fans are provided with the necessary context behind the reveal that showcases how Doctor Manhattan came to inhabit Cal’s form while seemingly forgetting his own true identity. If that sounds like a confusing mess of performative identity, it’s because it is. Now imagine how difficult it must have been for Abdul-Mateen—who had no idea he was playing Doctor Manhattan when he was cast—to portray the multi-layered character.

“I had already shot the pilot, and possibly episode two, at the time that I found out,” the actor told Vulture in a recent interview. HBO initially gave Watchmen a pilot order in 2017 before ordering the show to series a year later, keeping Abdul-Mateen in the dark for quite a while.

“[When I learned Cal was Doctor Manhattan], I was in Los Angeles and Damon said he wanted to talk to me a little bit more about my character, and we sat down and very early in the conversation he said, ‘So, basically, Cal is Doctor Manhattan.’ From the outside I was cool, calm and collected, but on the inside, I was tearing that room up! I was going crazy, I was so excited. Then I said, ‘Oh shit, I’m going to have to get in shape.’ Then I went and got a trainer.”

Abdul-Mateen goes on to explain that once he discovered his true role, he had to make sure he didn’t change his approach to Cal so that there would be a consistency to his performance. But the reveal did require him to cultivate differences between to the two characters that suited their individual personalities. Cal, for example, feeds off of his emotions and leads with his heart while Doctor Manhattan follows his intuition and intellect. Then, there were the physical differences where the actor made a concerted effort to restrict any unnecessary movements for Manhattan.

“He doesn’t need a lot in order to get things done,” Abdul-Mateen explained. “He’s not a character that has to use a lot of energy, a lot of physical energy or a lot of physical effort, which made it very fun to play in that. I wanted him to be someone who was still penetrable emotionally as well. He’s a god who wanted to feel what it was like to be human again, so I made sure that our Doctor Manhattan also had a heart.”

Watchmen will air its season finale on Sunday night on HBO. 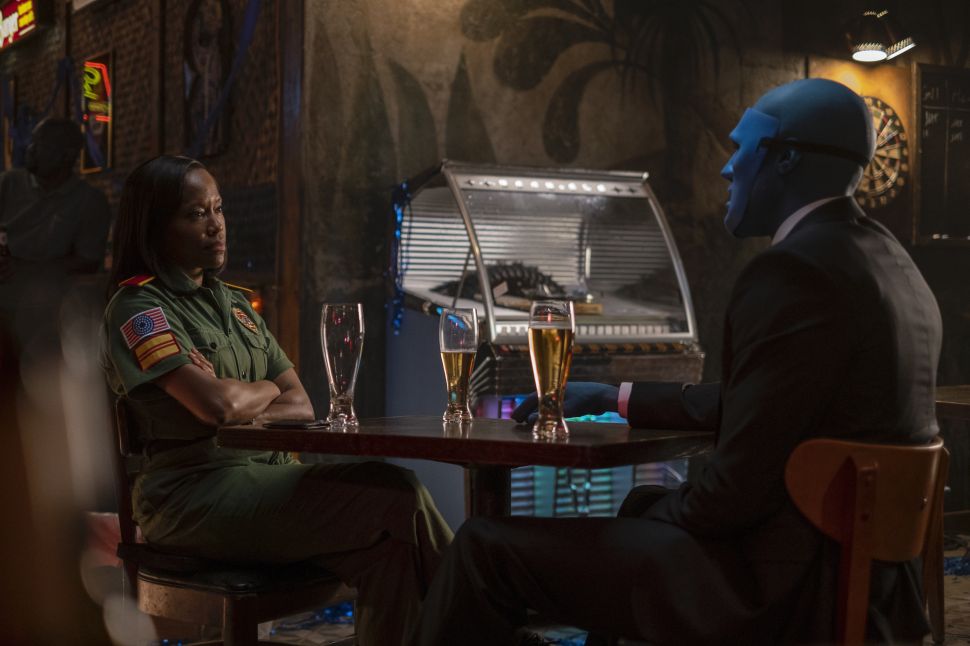