This Thanksgiving weekend marked record-breaking sales for the Black Friday-Cyber Monday shopping period. With online sales bigger than ever for the annual event—$7.4 billion to be exact—the e-commerce trend is well-demonstrated by Shopify’s merchants in the marketplace’s heat map.

According to the Canadian company, real-time data shows that the holiday shopping season has become “a global movement,” evolving beyond an American tradition.

The data reflects sales made by more than a million Shopify merchants in over 157 countries from Friday through Monday. With an average cart amount of $82.43, Shopify merchants surpassed $1.5 billion in revenue by Monday morning, which was their entire weekend sales figure in 2018.

With a mixture of independent and direct-to-consumer brands, the map shows some interesting stats, including New York as the top selling city, with Vernon and Los Angeles, Calif. right behind. But perhaps most noteworthy is the much-talked about trend of 2019: the rise of mobile orders. According to Shopify, 70% of its merchants’ sales were made on a mobile device, versus 30% on desktop.

Digital sales come as no surprise, with analysts having predicted we’ll be seeing a surge in online purchases during the last month of the year. As we previously reported, the holiday shopping period has seen substantial extension time-wise in recent years, with Black Friday and Cyber Monday merely acting as anchor dates for the overall season.

In fact, last month the National Retail Federation announced that “more than half of consumers have already started their holiday shopping and nearly a quarter of purchases have already been made.” With online retail sales due to reach $138 billion in 2019, Shopify’s heat map of merchants appears to make up just a slice of the overall e-commerce pie. The platform’s top sales, largely under the apparel/accessories and health/beauty categories, also reiterate struggling retail chains’ need to adapt their aging business models for modern shoppers. 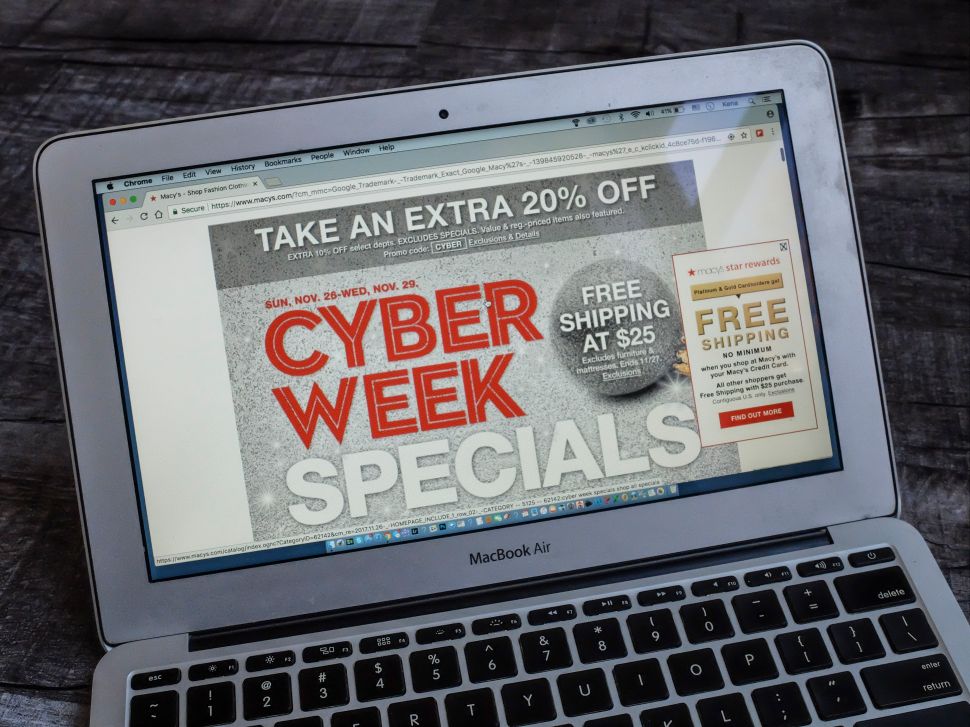