This week, Impossible Foods received an award for helping fight climate change from the United Nations. The faux meat startup was awarded the 2019 United Nations Global Climate Action Award, and founder and CEO Patrick Brown was on hand to accept at the UN Framework Convention on Climate Change (COP25) in Madrid, Spain.

The annual summit is being attended by many environmentally conscious leaders, including Swedish teen activist Greta Thunberg.

In a statement on winning the prize under the “Planetary Health” category at COP25, the outspoken Brown reiterated the company’s launched #MeatisHeat (and #PlantsareCool) campaign.

“Unless we act quickly to reduce or eliminate the use of animals in the food system, we are racing toward ecological disaster,” said Brown. “But I’m hopeful because younger generations are quickly discovering that ‘meat is heat,’ and they are uniquely poised to turn us away from the brink of catastrophe.”

According to the company, the biochemist CEO also joined thousands of young people at the summit during an event hosted by Impossible Foods titled “What do we owe future generations?”

“The biggest opportunity to turn back the clock on climate change is to remove the incentive for covering Earth with livestock and their feed crops,” Brown said at the conference. “It’s simple: Just make delicious meat from plants.”

Brown has been critical of the beef industry’s contribution to climate change, which he’s stressed has to be undone by sustainably producing more of the Earth’s food from plants. For example, the CEO recently said that Impossible Foods wants to “eliminate the economic incentive to keep growing cows all over the Earth,” going on to say that going up against the livestock industry is a doable challenge. “I don’t think it requires a huge amount of disruption to reduce their incentives to keep growing cows.” 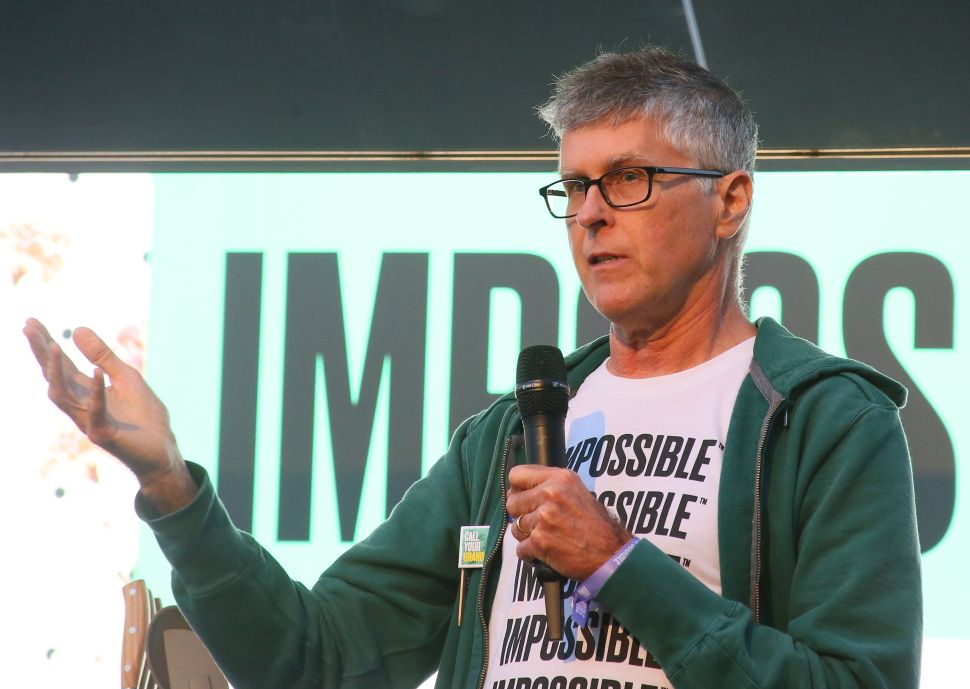