Not for the first time, Jeff Koons has been ordered to dole out financial compensation due to a ruling that the super-artist plagiarized another artist’s work. In 2018, a French judge found Koons guilty of ripping off an advertising campaign for the clothing brand Naf Naf for a sculpture entitled Fait d’Hiver, and Koons was ordered to pay the original creator of the campaign $153,000. On December 21, news broke that a Paris appeals court had upheld a ruling from 2017 that determined that Jeff Koons LLC and the Parisian Pompidou Centre must pay $22,000 to the family of Jean-Francois Bauret, the artist whose photograph Koons copied to make his 1988 porcelain sculpture Naked. Bauret’s original image is called Enfants, and it was also distributed as a postcard in 1975.

As part of the ruling, the Paris court also determined that the continued use of an image of the statue that Koons was including on his website would be banned in France. Bauret’s original image and Koons’s statue both depict two pale-skinned and naked children, standing close together and gazing downward. Where Bauret’s original image is in black and white, Koons’s statue is rendered in color and with porcelain, and it clocks in at a little more than three feet tall.

Koons has built his career on bombastic artistic moves that have frequently included playing with the line between appropriation and plagiarism, but his way of going about things has a particular shamelessness that gives him something of a villain vibe within the art world.

For example, the Naf Naf ad that Koons was found to have copied and the eventual artwork that Koons made based on the campaign both had the same name, almost as if Koons wasn’t even trying to hide where he got the idea from. Even with the financial slaps on the wrist he’s received, the artist isn’t likely to stop blurring the boundaries between artistic inspiration and theft, and that’s a dangerous precedent to set. 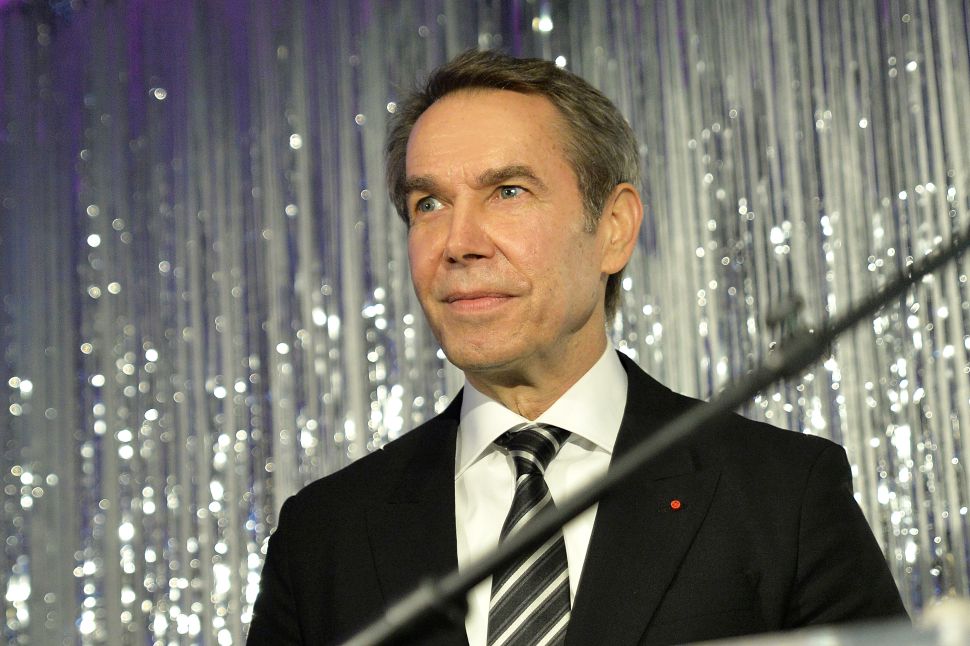