T-Mobile president and CEO John Legere has located a buyer for his Central Park West penthouse. Legere, who is leaving his role as chief executive in the spring, has been looking for someone to take the duplex off his hands since February 2018, when he listed the home for $22 million.

Alas, he wasn’t able to locate an interested party at that price, and the ask steadily decreased. It was most recently listed for $16.75 million in April 2019, when it was removed from the market.

But it seems Legere only needed to look elsewhere in the building to find someone keen to occupy this four-bedroom, four-bathroom co-op, as according to the Wall Street Journal, Legere has sold the penthouse for around $17.5 million to none other than Giorgio Armani. The fashion designer happens to own a “similarly sized” apartment on the same floor as Legere, so now he owns the entire level of the building.

Legere purchased the Upper West Side penthouse for $18 million in 2015, so this means he’s likely taking a loss in the sale.

The prewar co-op is rumored to have originally been owned by William Randolph Hearst, and used as the home of the publishing magnate and his mistress, Marion Davies.

An elevator opens directly into the private stone foyer, and there’s a gallery with a vaulted ceiling. Oak doors lead into the living room, which has 11-foot ceilings, wood paneling and a wood-burning fireplace with an imposing floor-to-ceiling mantle.

The eat-in kitchen is equipped with stainless steel appliances and cabinetry, as well as a walk-in pantry. Perhaps this is where Legere makes all those cooking videos.

All of the bedrooms feature custom millwork, and the master suite has parquet floors and two glass doors that lead to the 1,700-square-foot terrace.

A staircase with stained glass windows leads to the second floor tower; the tower has 14-foot ceilings and a wood-carved wet bar.

It’s not clear if Legere is planning on buying another home in New York, but he did recently make a big purchase in a sunnier climate—he paid $16.7 million for a 6,240-square-foot mansion in Naples, Florida in October. 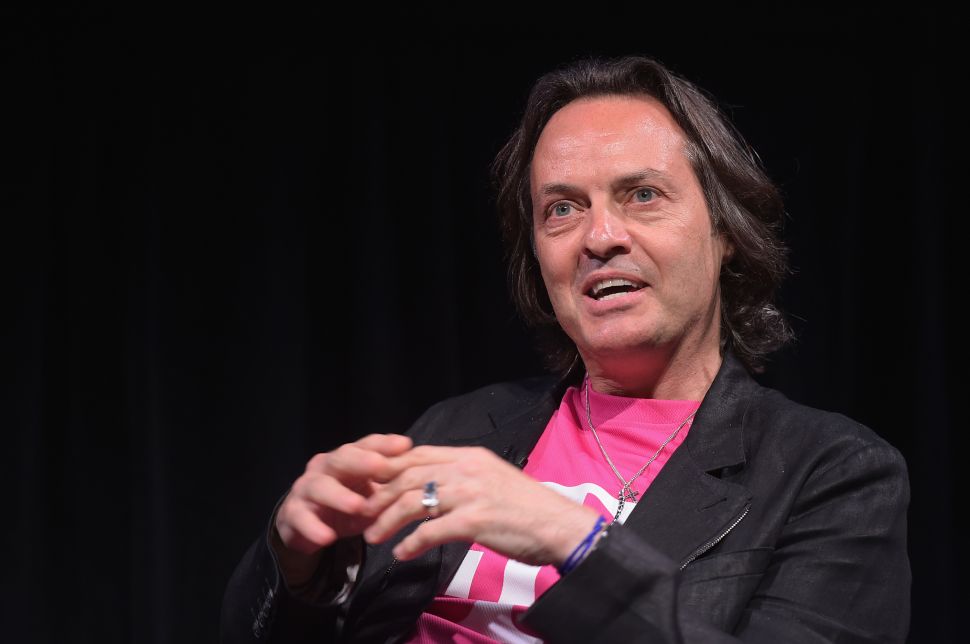