Congrats to Juul Labs on becoming the most recognizable brand in 2019.

The vape company has had quite a rough year, with the majority of its notoriety coming from the “vape lung” backlash it’s received in recent months. According to a new report by Morning Consult, Juul became the top brand to gain awareness this year, even beating out hot names like DoorDash and White Claw, which came in second and third place respectively. Postmates and Impossible Foods rounded out the top five in this category.

SEE ALSO: It May Actually Be Good That E-Cigs Are More Addictive Than Tobacco

This lack of “purchasing consideration” is, of course, referring to Juul’s halted rise as it faced a major anti-vaping campaign spearheaded by both the government and public health advocates. Case in point: the data also showed that other troubled brands like Purdue Pharma and WeWork also found attention without the growth to match it this year.

“These are the brands that gained the most in terms of named identification from over the course of 2019,” according to Morning Consult. “Each number represents the share of consumers who were familiar with the brand from Oct. 15 – Nov. 15 minus the share who said the same in January, 2019.” 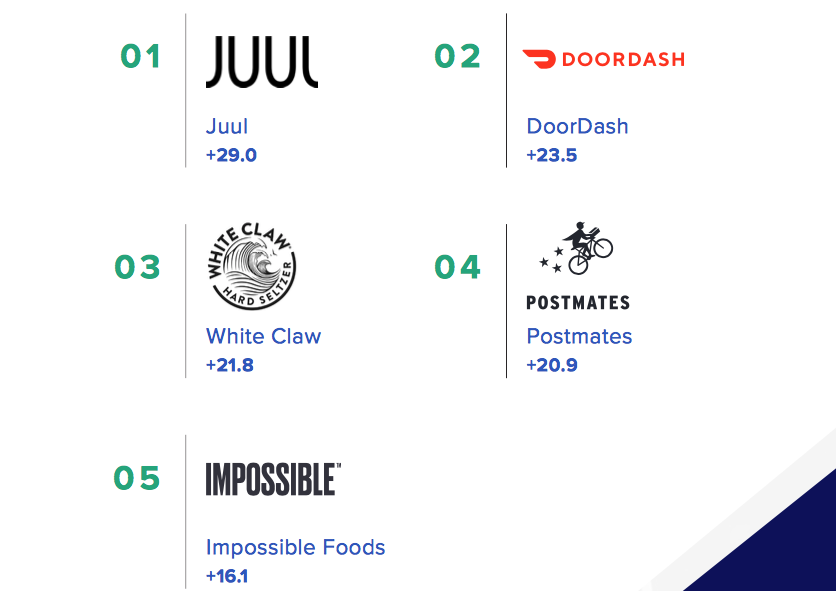 The negative attention has prompted the San Francisco-based Juul to launch a “reset” strategy this fall, which was unveiled by newly-appointed CEO K.C. Crosthwaite. The company is currently working on securing approval from the Food and Drug Administration (FDA), which is still assessing the risks of smoking liquid nicotine. Meanwhile, Juul has stopped all sales of its fruit and mint flavored pods, which have been criticized for being marketed to teenagers, while it awaits the FDA’s decision.

According to the company’s latest update by chief regulatory officer Joe Murillo, Juul is continuing to cooperate with government officials as hearings continue.

“Juul Labs’ position can be seen through our actions—this is a topic we are not lobbying the administration on, and we now only sell tobacco and menthol products in the U.S. We will support and comply with the FDA’s flavor policy when effective,” Murillo wrote.

As for Juul’s recognition: all press is good press, right? 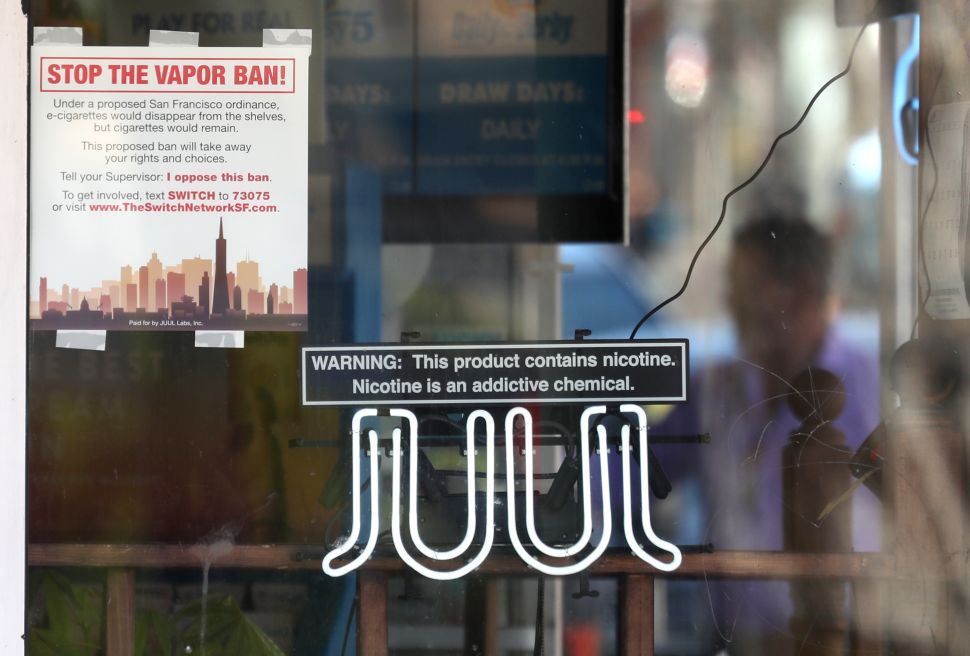