Juul Labs is ending its troubled year with yet another valuation drop. The e-cigarette maker had one of its major investors, Tiger Global Management, value the startup at just $19 billion this week.

While the figure is still impressive, the news follows a recent reassessment of the tech unicorn’s worth by hedge fund Darsana Capital Partners, which announced in October it had cut Juul’s valuation to $24 billion. The slippery slope has been a steep one for the vape giant, which just a year ago was valued at a whopping $38 billion, meaning its perceived value is half of what it was in December 2018.

“A lot has changed in the market in the past year,” Juul’s chief financial officer, Guy Cartwright told employees in a memo, The Wall Street Journal reported. His note went on to note that Juul is “still a very young company.”

“Achieving a $24 billion valuation less than three years into our journey is an incredible feat,” he added.

Cartwright also addressed the big elephant in the room, claiming the valuation’s slashing is due in part to recent setbacks induced by Juul’s discontinued sales of its wildly popular flavored liquid nicotine pods.

In October, the San Francisco startup “suspended all broadcast, print and digital product advertising in the U.S.,” according to their announcement at the time, which followed an intense crackdown in the wake of the “vape lung” health epidemic.

“Given the lack of trust in our industry, we believe the FDA’s PMTA [Premarket Tobacco Product Applications] process and its ‘appropriate for the protection of the public health’ standard are the best ways to assess the role these products can play in helping adult smokers move away from combustible cigarettes while also being kept out of the hands of youth,” the company said of the decision.

As the company’s quickly falling valuation proves, having one of the most recognizable brands of 2019 doesn’t necessarily result in sales. Facing mounting regulatory obstacles from the government, Juul’s latest business strategy includes cooperating with the Food and Drug Administration (FDA) to achieve compliance. 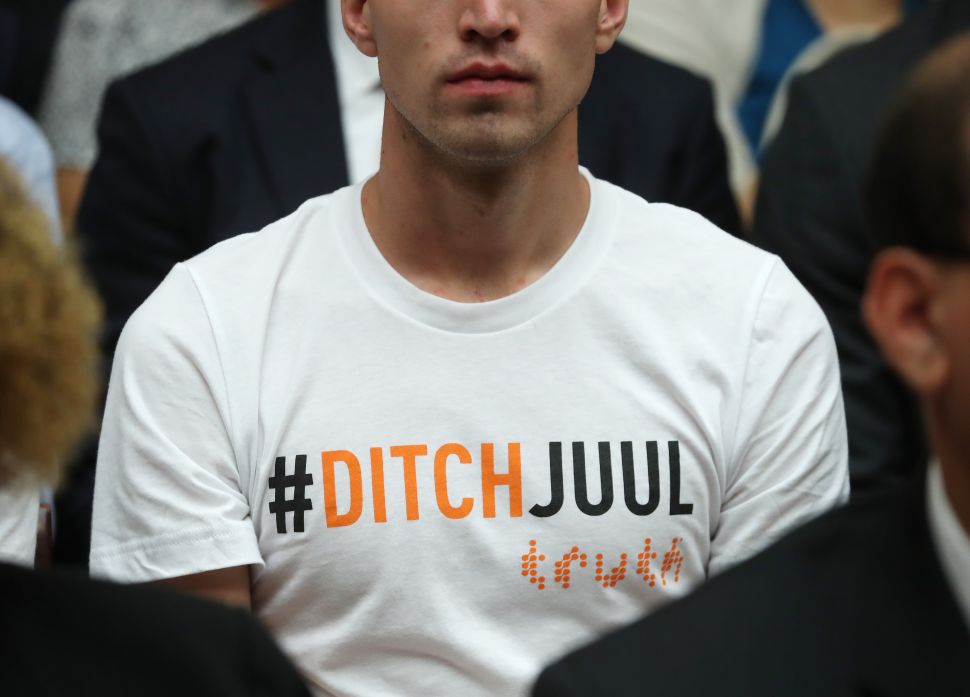