Former CNN tech correspondent Laurie Segall has launched a new media venture Dot Dot Dot Media. The new media company, which Segall describes as a “news and entertainment company” comes as the tech media space is set to expand in the coming months. Dot Dot Dot Media will focus on video and audio content that shows how technology impacts people and their relationships with tech. Segall launched the company alongside media executive Derek Dodge.

In this new venture, she plans to discuss how technology impacts people’s relationships and mental health, much like her CNN series Mostly Human which aired on CNN’s digital platform CNNgo. The company will produce content that discusses both how technology is uniting but also, simultaneously, isolating.

The content that Dot Dot Dot has already put out reflects the carefully yet well-crafted storytelling Segall has become known for. Dot Dot Dot’s first podcast First Contact has launched in partnership with iHeartRadio.

Segall also has a history of landing hard hitting interviews with some of the biggest names in tech, including like sit-downs with Facebook CEO Mark Zuckerberg on the heels of the Cambridge Analytica scandal that rocked the news cycle from Silicon Valley to Capitol Hill, while also telling the personal stories of average people who use these products, apps and how technology impacts their lives.

She says she wants her content to resonate in a unique way with consumers.

Her stories are able to resonate with an audience far beyond the typical tech consumer. “We do this thing, when it comes to founders, we celebrate the wins without truly understanding that there is a real zig-zag to success. It’s a myth that those wins don’t come with an extraordinary amount of resilience, a lot of pain and also self-doubt,” Segall said during the first episode of her podcast, a message that resonates far beyond Silicon Valley, across all industries, families, friendships and through the communities we live in.

She talks about issues like love and loss through the lens of tech and its impact on our daily lives. She sat down with Justin McLeod, the CEO of the dating app Hinge, to discuss the app and the ups and downs  McLeod had to go through to get to the place he is today—a road that included a trip to rehab in college.

Segall dives into the issues and stories that show how technology impacts people on a daily basis, how tech impacts depression and fosters loneliness. Her content is built on a strong history of producing content that is innovative and involved with how technology makes people feel. Because Segall spent much of her career at CNN, she has been able to reach a wider body of consumers in a way tech-centric publications have not been able to.

Segall’s new venture comes alongside some other new projects in tech journalism. Protocol Media, a new tech-centric publication for the publishers of Politico is set to launch early in 2020. The publishers have poached several big name journalists to help lead the publication from revered outlets like Wired and The Wall Street Journal, for example. Protocol’s executive editor told Vanity Fair’s The Hive that the new publication will focus on “the people, power and politics of tech.” The Hive also pointed out that the move comes as “Politico turned a $2 million profit last year on $113 million in worldwide revenue.”

Bustle is also trying to break into the tech journalism space with it’s new venture called Input. The expansion comes despite the publishers fairly regular layoffs across many of its brands, so the longevity of the project is unclear.

Input would sit alongside The Outline and Inverse under the guidance of co-founder of The Verge Joshua Topolsky. Under Topolsky’s leadership, The Outline laid off all its writers which, as Observer reported last year, Topolsky claimed was a financial decision; however, according to an open letter from the freelancer group Study Hall at the time, “The Outline raised $5.15 million in a funding round in May [2018], and is valued at over $21 million.””

Dot Dot Dot, however, has a possibly bright financial future. Segall’s approach to storytelling has been convincing enough for the right investors to partner with Dot Dot Dot. LionTree Partners, which has been behind major media acquisitions and mergers, including the recent Viacom-CBS merger, has taken an equity stake. Dot Dot Dot is also backed by Podfund, which helps fund independent podcasters. Advisors for Dot Dot Dot include CNN’s Van Jones, producer and director Sam Esmail, and producer Michael Sugar.

As Dot Dot Dot moves into the future, consumers can expect a wide variety of shows, films, podcasts and even books. The former cable news reporter also says she hasn’t quite kicked the TV bug just yet. “I’m not going to disappear from TV,” Segall said. “There’s more to come on that, but for right now, it’s well… dot dot dot.” 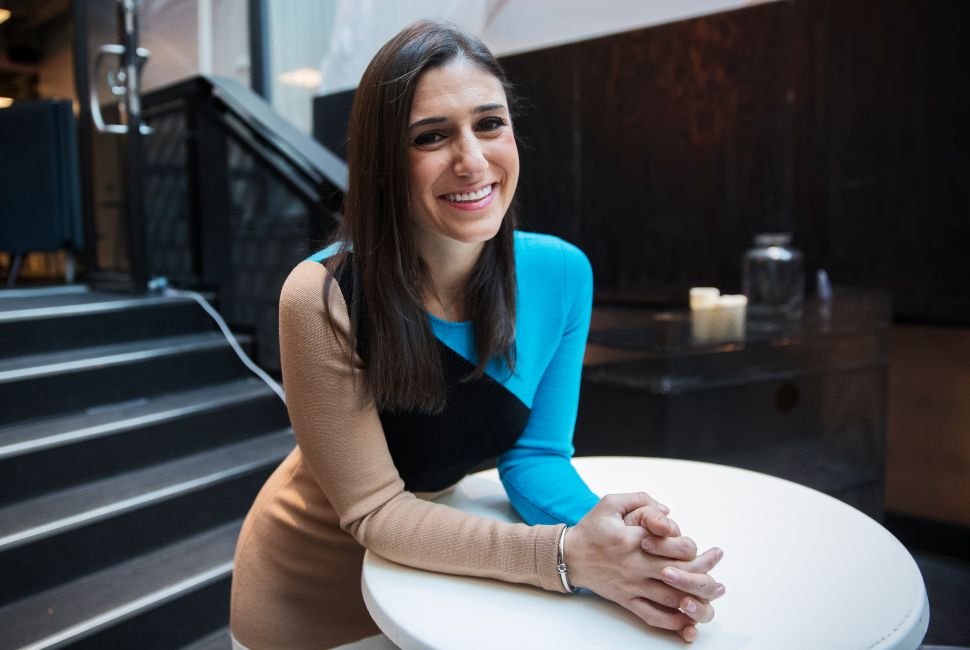