It’s common knowledge that for someone as astronomically famous and influential as Leonardo DiCaprio, annual attendance at an event like Art Basel Miami Beach is more or less compulsory: you get access to incredible artwork, the best amenities money can buy and a steady stream of company from globetrotting supermodels (who aren’t your much younger and equally beautiful girlfriend, 22-year-old emerging actress Camila Morrone). This year, the Academy Award-winning actor apparently also took the time to give back by taking part in the CORE x Let Love Rule gala for the Bahamas, an event that was facilitated by Sean Penn and Lenny Kravitz.

According to the New York Post, DiCaprio donated an artwork to the gala’s auction that eventually sold to an undisclosed buyer for $140,000: a work on paper by Andy Warhol entitled Cats/Pink Sam. Additionally, DiCaprio apparently spent $35,000 on creature comforts that included a stay at Faena Hotel, a luxury hotel on Miami Beach, and a private dinner with Argentine celebrity chef Francis Mallmann. He was also spotted arriving at the 24-hour Miami nightclub E11even last Thursday morning at 4:30 a.m. There, he apparently partied with Kendall Jenner and both Hadid sisters until he tapped out at around 6 a.m.

Ultimately, a guy like DiCaprio is exactly who Art Basel Miami Beach nominally caters to: an untethered megastar with a passion for charitable giving and an even bigger passion for stalking sinking cities at the wee hours of the morning, chatting amiably with beautiful people and probably not thinking too hard about the sustainability of the luxury he loves so much. At this point, Art Basel should probably just rename Art Basel Miami Beach the Weekend-Long Leonardo DiCaprio Spectacular, because this dude has earned the accolade. 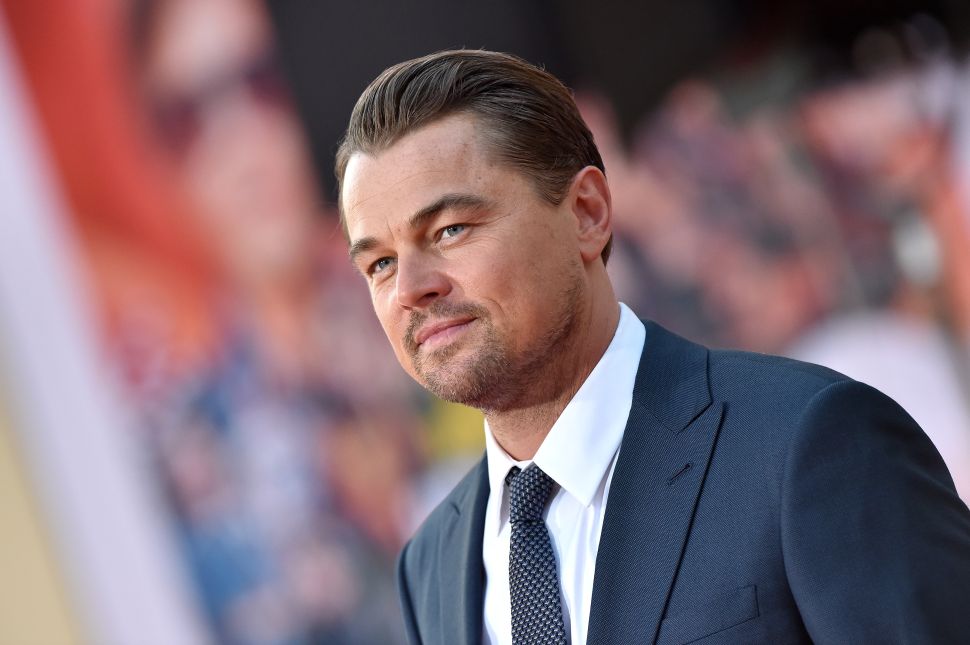