The old guard of Hollywood is understandably concerned about the advent of streaming and at-home entertainment options. This disruption has mostly coursed through the television industry but is beginning to seep its way into film as well. Netflix could have as many as three Best Picture contenders at the next Academy Awards and plans to eventually start releasing $200 million blockbusters. Disney is rerouting prestige pictures from Fox Searchlight to Hulu, Amazon and Apple are hungry for cinematic releases and theatrical ticket sales are on the decline. At the same time, audiences are being treated to more movies than ever as streamers fund film projects that traditional studios are no longer interested in.

Leonardo DiCaprio, arguably one of the last remaining movie stars in the old sense, recognizes both the pros and cons of this new era of entertainment. Despite his standing as a pillar of star-driven, big screen Hollywood, he’d be open to making a film for a streaming platform if one his iconic directors were so inclined.

“To be honest, there wouldn’t be that much that I would say to Martin Scorsese, if that’s what he wanted to do,” the Oscar-winner told Deadline in a recent interview. Scorsese directed The Irishman, which stars Robert De Niro, Al Pacino and Joe Pesci, for Netflix.

“But honestly, I’m open for anything,” DiCaprio continued. “I’m not here to be some vestige of holding on to the old guard. It’s kind of weird given the film we’re talking about [Once Upon a Time in Hollywood], but considering the silent film to talking transition, or something like that… you have to go with the inevitable flow of where technology and this industry takes you. What’s the use of being the last vanguard of some old form? I rarely think about those things. I just think, who can I make a great movie with? That’s it. I’m not here to make any statements.”

While movie stars may have a preference of medium, they’ll ultimately go where they are given the resources to erect their visions. Dwayne Johnson, Ryan Reynolds and Gal Gadot will make the action blockbuster Red Notice for Netflix after Universal Pictures relinquished the rights. Adam Driver stars in Amazon’s The Report and Netflix’s Marriage Story this year. A-list directors such as Scorsese, Alfonso Cuarón and J.J. Abrams can attract high-profile names for their streaming projects.

Who knows, this could lead to DiCaprio headlining a Best Picture nominee for Apple TV+ one day. 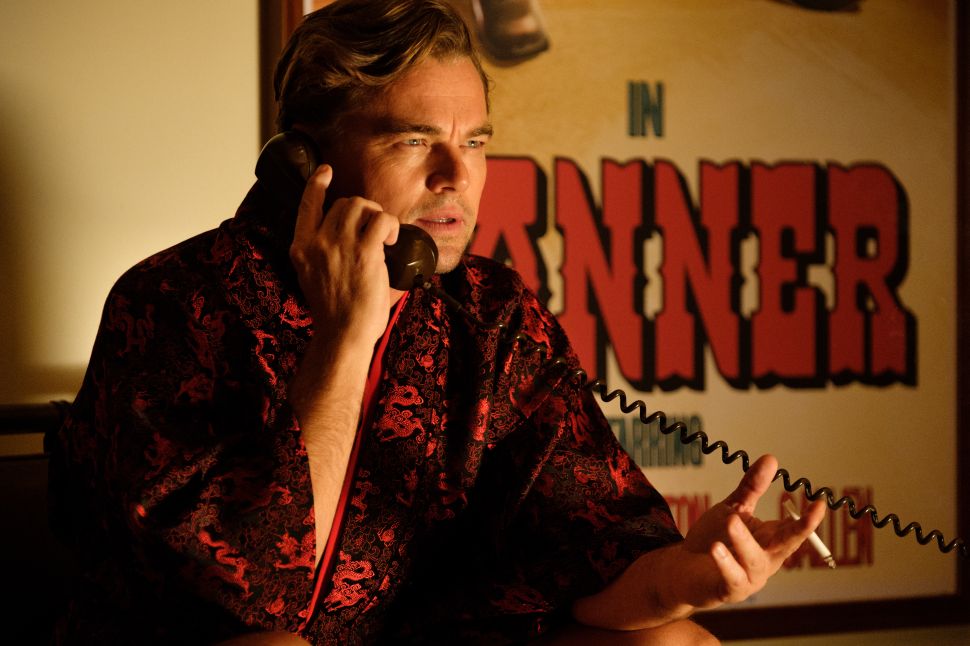