Lincoln Center’s David Geffen Hall, which was formerly named Avery Fisher Hall and before that called Philharmonic Hall, is one of the most iconic performance spaces in New York City and a central venue for the arts. However, for years it’s been plagued by false starts when it comes to its renovation—a facelift it has sorely needed for a long time. Fortunately, on Monday, plans were officially unveiled for a $550 million total redesign of David Geffen Hall by the CEOs of the New York Philharmonic and Lincoln Center, respectively. The sweeping reimagining of the concert hall space suggests a structure that strives to be inventively intimate, acoustically peerless and aesthetically pleasing.

According to a press release, the newly rendered David Geffen Hall is expected to be completed and reopened by March of 2024, and it will include the elimination of the proscenium, which is the traditional arch that currently divides the audience from the stage. Instead, the plan is that the updated hall will feature a stage that the audience seating will wrap around, bringing spectators closer to the performers and improving visibility for all as well as audio quality. The redesign is being managed by Diamond Schmitt Architects, as well as acoustician Paul Scarbrough and theater designer Joshua Dachs.

SEE ALSO: Kanye’s Take on Opera: What to Expect from ‘Nebuchadnezzar’ at the Hollywood Bowl

This redesign isn’t limited to the concert hall itself: updates to the lobby, which will double in size, include a casual dining spot and a media wall where concerts and other events can be streamed live. Furthermore, the Geffen Hall building’s north façade will be reimagined as a “canvas” for site-specific work in the future, suggesting that different types of public art can continue to find homes at Lincoln Center going forward.

“This project is all about greater connections,” Henry Timms, the CEO of Lincoln Center, said in a statement. “The new concert hall will unite performers and audiences; the dynamic public spaces will allow our communities—from visiting schools to concertgoers wanting to stay for a drink—to connect with each other.” As construction unfolds over the next couple of years, it’ll be interesting to keep track of whether these community-centric ideals will be upheld. 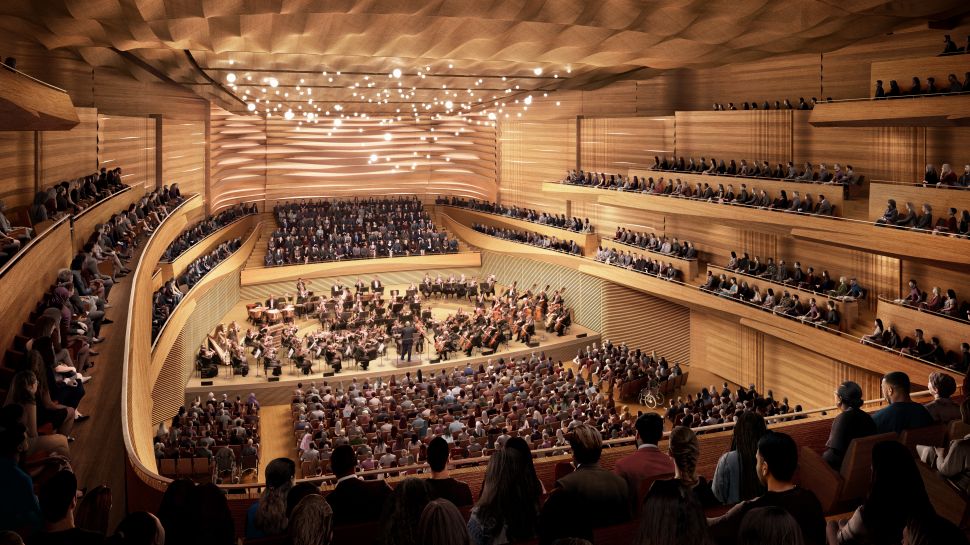