Bring along a box of Kleenex. Little Women is back for the seventh time. Two of those were silent. Of the five I’ve seen, nothing can even begin to compare in beauty, artistry, or genuine emotional content with Mervyn LeRoy’s great MGM technicolor version in 1949. But that doesn’t stop them from trying. Greta Gerwig’s obvious passion for Louisa May Alcott is strongly on display as she takes a colossal budget, stretches the artistic license, and comes up with her personal vision of the famous novel that includes everything but the commas. The result is too much sibling bickering, and nothing new. It’s a perfectly respectable version of a tale told too many times, but it offers nothing fresh or new to the re-telling.

The attention to period details, the rapturous perfection in sets, costumes, cinematography and editing that made the sumptuous MGM version a cherished, yearly holiday classic in television repeats (twice in December on Turner Classic Movies) is missing, and that’s not all. It’s still a tearjerker about the four poor March sisters from Concord, trying to find their own identities while struggling to cope through the harsh realities of the day while their father was away fighting for the Union Army in the Civil War—ambitious tomboy and future novelist Jo; pragmatic Meg; pretentious and prissy-mouthed Amy; and fragile, delicate Beth.

There is no Jo with the breathless energy of June Allyson, no Amy as vain and self-centered as the ravishing Elizabeth Taylor, no Beth as heartbreaking as Margaret O’Brien, no guiding light as exasperatingly without Meg’s lack of adventurous spirit in the persona of straight-laced Janet Leigh. And, god knows, there will never be a Marmee like Mary Astor. It is rare that a movie finds its way into the hearts of a massive audience with both flair and sentimentality that made the 1949 Little Women so unique and unforgettable.

The new one pretty much settles for sentimentality. But my chief caveat is that like so many actors who long to get behind the camera and call their own shots, Gerwig throws in everything but the kitchen sink. Worse, she refuses (or doesn’t know how) to tell a long-winded story covering years in time in any kind of chronological order. So we get Jo living in New York one minute, then Meg marrying and giving birth to twins in the next, although the events happened years apart. I couldn’t figure out what year it was or what city anyone was in at any given time. Concord looks like Newark.

As much as I admire Saoirse Ronan’s versatility, she doesn’t have one iota of June Allyson’s personality as Jo. Emma Watson’s graduation from the Harry Potter franchise is, in this case, nothing to celebrate. The overrated Timothée Chalamet is too callow to play Laurie. Florence Pugh disappears in a fog of boredom as Amy. Eliza Scanlen’s Beth only makes you wallow in the memory of Margaret O’Brien. Meryl Streep’s stern Aunt March is a piece of joke casting that is an embarrassment.

People who love Louisa May Alcott’s particular brand of schmaltz wouldn’t care if Jo was played by J-Lo. This version is not a regrettable experience, but if it’s a flawless Little Women you crave, I advise you to look elsewhere. 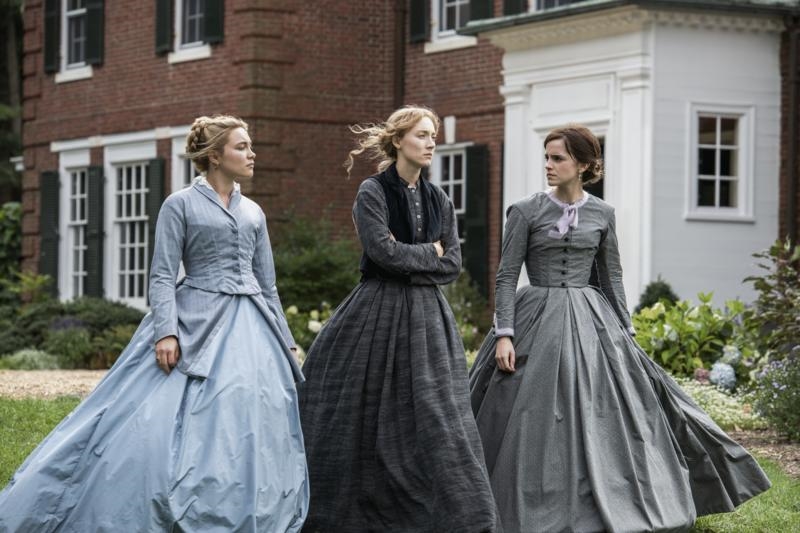