2019 has not been a kind year to American tech giants and their leaders. For the first time, Google and Facebook have both lost their status as America’s best places to work at, according to employee votes, while their CEOs spent the better half of the year embroiled in scandals and controversies.

But the seemingly industry-wide turmoil stopped at Microsoft CEO Satya Nadella. This year, the low-profile executive was named as one of Comparably’s best CEOs of 2019 and Fortune‘s Business Person of the Year, two coveted badges of honor to mark his five-year term at the helm of Microsoft.

Nadella mirrors his predecessor and Microsoft founder Bill Gates in many ways, particularly when it comes to books. Nadella loves to read so much that his office looks “more like a neighborhood bookshop than the command center for the third-most-valuable company on the planet,” according to Fast Company editor Harry McCracken, who interviewed Nadella at Microsoft headquarters in 2017.

“I read a few pages here or a few pages there,” Nadella said in the interview. “There are a few books, of course, that you read end-to-end. But without books I can’t live.”

McCracken described Nadella’s taste in books as “eclectic.” His collection includes everything from Shakespeare classics to Friedrich Nietzsche to modern journalistic works. But there are a few special books that Nadella says have greatly influenced his work—some are even made mandatory reads for his top lieutenants at Microsoft.

Below are his top three choices, based on his media interviews and press briefings, that will help you be a smart and successful leader, just like Nadella.

When Nadella was appointed Microsoft CEO in 2014, he made Nonviolent Communication a priority, requiring his top executives to read this book written by American psychologist Marshall Rosenberg. The book emphasizes the importance of nonviolent emotional qualities, such as compassion and effective communication, in managing a large organization. Assigning the book to Microsoft’s top executives was seen as a key component of Nadella’s plan to overhaul Microsoft’s intense, conflict-heavy culture at the time.

At a press briefing in March 2014, one of his first as Microsoft CEO, Nadella quoted a line from Little Gidding, a T.S. Eliot poem, to make the point that Microsoft still had a lot for him to explore, even though he’d worked at the company for 22 years.

“I think T.S. Eliot captured it best when he said that you should never cease from exploration, and at the end of all exploring, you arrive where you started and know the place for the very first time,” Nadella said. “And for me, that has been more true than ever before.”

Mindset: The New Psychology of Success by Carol Dweck

Mindset by Stanford psychologist Carol Dweck is best known for introducing the “fixed mindset vs. growth mindset” theory to the management circle.

Nadella has said the book deeply influenced his management style. He even consulted with the author when drafting a new employee handbook when he first became CEO. “We needed a culture that allowed us to constantly refresh and renew,” Nadella said in the Fast Company interview.

The book is also a favorite of Bill Gates. “Through clear research studies and engaging writing, Dweck illuminates how our beliefs about our capabilities exert tremendous influence on how we learn and which paths we take in life,” Gates wrote in a 2015 book review. 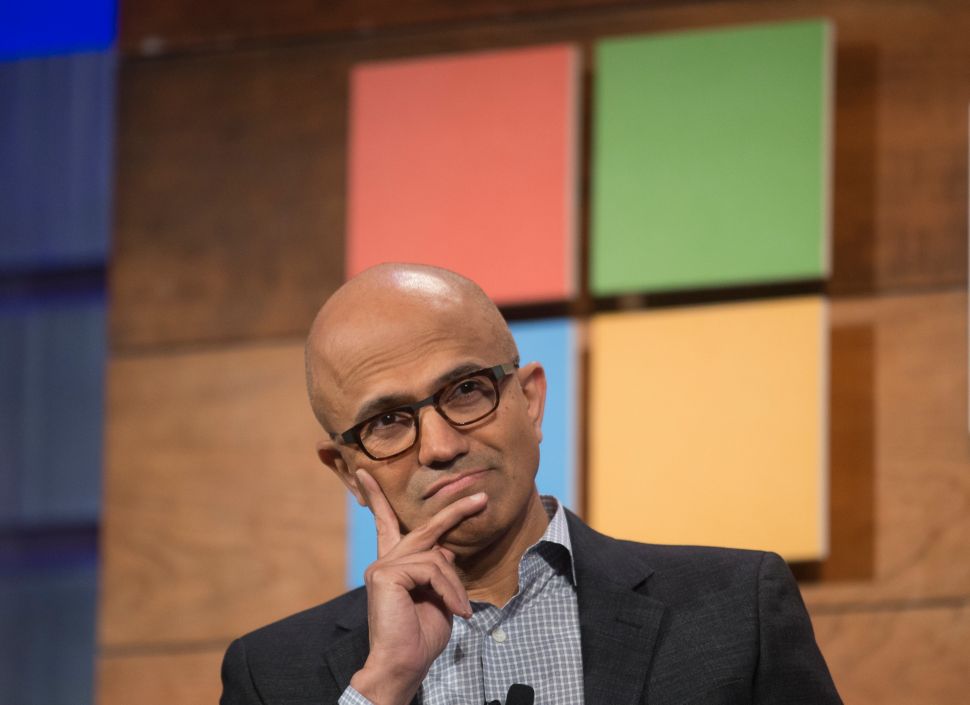