In a turbulent year marked by an onslaught of violence and mind-numbing digital consolidation, Nan Goldin’s die-in demonstrations, held in defiance to the extremely wealthy Sackler family and their legacy of profit dependent upon the production and distribution of addictive opioids, were extremely welcome. Over the past year, Goldin and her collaborating group P.A.I.N. (Prescription Addiction Intervention Now) have shown up all over the world to bring attention to the opioid epidemic and call out the people perpetuating it, and Goldin was even arrested outside Andrew Cuomo’s staff office for her efforts. This week, Time magazine announced that an image of Goldin participating in one of her demonstrations had been chosen as one of its Top 100 photos of 2019.

@nangoldinstudio leads a die-in demonstration against the Sackler family at the @Guggenheim Museum in New York in February. The protest was organized by Prescription Addiction Intervention Now, a group founded by the photographer following her recovery from an addiction to OxyContin, the drug manufactured by the Sackler family's Purdue Pharma. This image is included in TIME's annual selection of the year's Top 100 Photos. See the full list at the link in bio. Photograph by @elizabethbick—@newyorkermag

The photo in question wasn’t actually taken by a Time magazine staff photographer, but was instead snapped by Elizabeth Bick on behalf of The New Yorker during Goldin’s die-in at the Guggenheim museum in Manhattan in February. In the image, floodlit by a stark source of light whose origins are unclear, Goldin lifts her head slightly off the floor of the Guggenheim while she lies prostrate on the hard floor, surrounded by her fellow protesters and by slips of paper bearing P.A.I.N.’s messaging. Further in the background, scattered illustrative pill bottles are also visible.

Above Goldin in the image, a figure with a red scarf leans over the protesters to snap a picture on his smartphone for himself. Bick’s photograph succinctly captures the multitude of different personalities and factors that go into sustaining a successful protest: the spectators, the demonstrators and the media all feel like equally important parts of the equation. 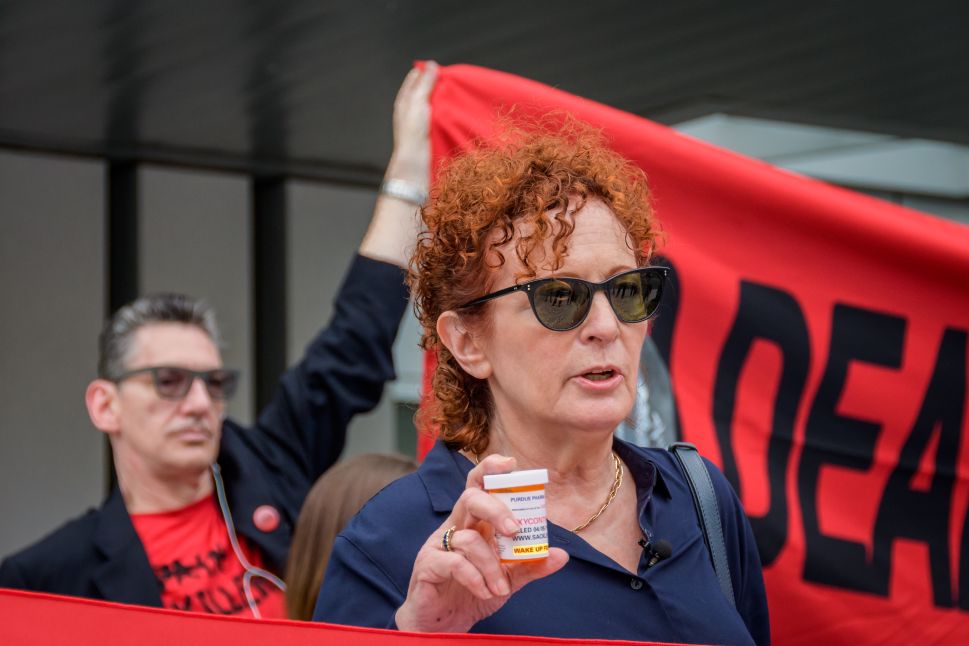