The strategic collaboration between a celebrity and charity can produce a whole lot of good for both sides. For non-profits, the upside that comes with partnering with a celebrity are apparent. Starry names attract more attention to your cause, provide an assist in fundraising and generate greater interest from volunteers. Showcasing an A-lister at a high-profile event is bound to help you cut through the clutter. For the talent, philanthropic work offers meaningful opportunities to use one’s star power to support causes they care about. And, let’s be honest, it doesn’t hurt to add a dose of good PR to your brand.

Today, with the deluge of issues plaguing the world seemingly compounding every day, celebrities are digging deeper to unearth unique charitable efforts that attack pressing problems from creative new angles.

Rethink Food NYC converts excess food from restaurants into meals for families in need. TV host Andrew Zimmern serves on the organization’s chef’s council, and restauranter Daniel Humm (owner of NoMad and Eleven Madison Park) serves on the executive board. Neil Patrick Harris, who serves as an official advisor, fundraised for them earlier this year, bringing in over $400,000.

“I discovered Rethink through Eleven Madison Park,” Harris told Observer. “We hosted a fundraiser together earlier this year that was a big hit for attendees and donors. Their mission to change the food industry, using a distributor model that actually prepares food excess, is both bold and inspiring.”

According to Feeding America, there are 42 million people facing hunger in the United States, with 1.4 million living in New York City alone. Wastefulness, even in today’s more climate-friendly social ecosystem, is still abundantly prevalent. Research shows about 40% of the food produced in America today goes to waste; this is equivalent to 70 billion tons. A bulk of the organization’s focus is to educate the public on the astonishing volume of food that unfortunately goes unused by restaurants, and that food rescue initiatives, like Rethink, exist to make sure it is used to feed families.

Rethink’s goal is to utilize food for a broader message that promotes problem-solving initiatives against poverty, highlights nutritional education and adjusts food policy in America. Harris, who has also previously thrown his star-backed support behind non-profits such as Green Chimneys and Global Green, is also joined by Rachael Ray as a Rethink supporter.

Elsewhere throughout Hollywood, technology is increasingly being viewed as a potential solution mechanism for complicated issues. Launched on Richard Branson’s Necker Island, the World Identity Network promotes initiatives to provide stateless refugees with physical ID documents. The non-profit has even partnered with the UN on a pilot program in Moldova to start.

A lack of personal identification has been linked to human trafficking and modern slavery, especially among women and children in developing countries, as well as restricted travel, illiteracy and other constraints that affect daily life. Co-founder and CEO Dr. Mariana Dahan wrote an op-ed for Observer earlier this year that detailed how blockchain could be used to address the refugee crisis. Actress Amber Heard, raised on the border of Texas and involved in women’s and children’s rights organizations, recently endorsed the nonprofit during the UN General Assembly and spoke alongside Dahan.

“While I had the accidental luck of being born on this proverbial line in the sand, and have therefore enjoyed incredible luxury and privilege, it’s with this awareness and privilege that I am dedicated to shining a light on an otherwise invisible part of our culture and our global community,” Heard told Forbes.

World Identity Network looks to leverage advances in unique identification tools to provide easy access to citizens of the world in order to fight the worst crimes against humanity. After the recent rash of high-profile security and privacy breaches among major companies, the need for greater security of one’s personal I.D. data has adopted new significance. Providing the same basic access and securities to the global community is World Identity Network’s top priority.

Both companies represent a modernization and expansion of the traditional philanthropic efforts of major Hollywood celebrities. The status quo simply isn’t good enough anymore. As we approach a new decade, celebrities are embracing the future and its possibilities through emerging non-profits which recognize that modern problems require modern solutions. 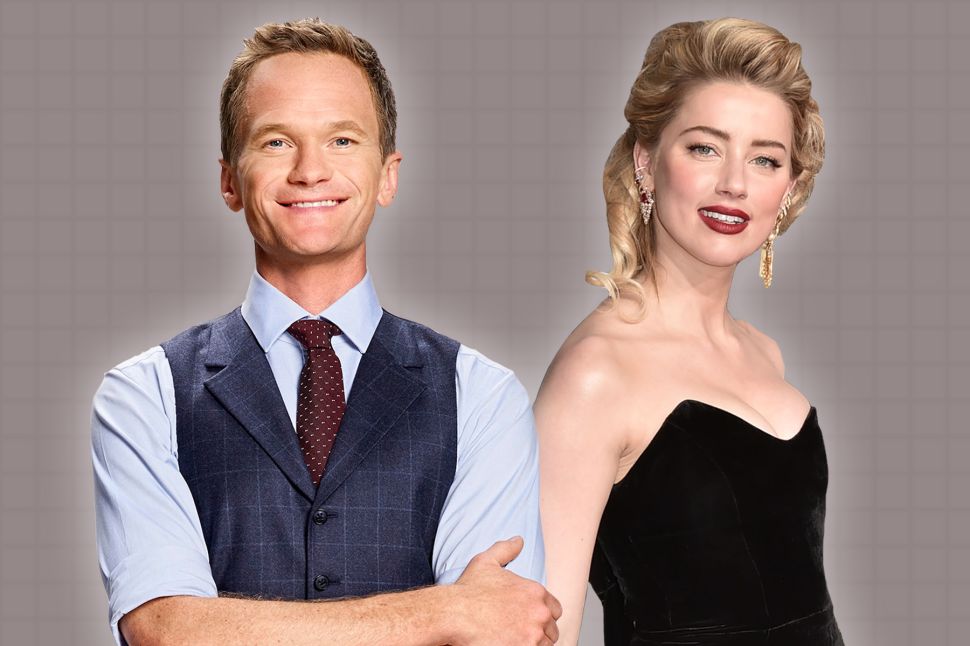