Recently, Netflix’s head of original films Scott Stuber promised more transparency from the streaming service regarding viewership data moving forward. In the meantime, those that are curious will still need to rely on third-party metrics to judge just how popular the company’s library really is. Of all the titles currently available, Martin Scorsese’s The Irishman—with its star-studded cast and $150 million-plus budget—is a source of great speculation.

The 3.5-hour gangster drama and likely Best Picture contender drew 13.2 million total viewers over its first five days on Netflix, according to Nielsen data provided to TheWrap. Nielsen is an information, data and measurement firm that has been tracking television ratings for decades.

Netflix has routinely refuted third-party audience metrics and instead relied on its own select data reveals. According to the streamer, El Camino: A Breaking Bad Movie earned more than 25 million member account views within its first week, while Sandra Bullock’s Bird Box scored more than 45 million in its first seven days. Netflix considers one “view” to be when an account consumes 70 percent of the total running time.

Stuber recently opened up to Variety about Netflix’s relatively familiar rubric of success: “How much did it cost? Did enough people watch it?” he said. “If I make something for $40 million, then X amount of accounts have to watch it. So they better watch.”

If Nielsen’s data is accurate, it would give The Irishman an average minute audience greater than El Camino (8.2 million) but less than Bird Box (16.9 million). After receiving an exclusive three-week limited theatrical release, The Irishman debuted on Netflix on November 27 where it averaged 2.6 million viewers, on par with El Camino but still lower than Bird Box (2.9 million), per the outlet.

Several traditional film studios passed on The Irishman due to the costly de-aging technology required to render its stars—Robert De Niro, Al Pacino and Joe Pesci—decades younger. Final estimates range between $140 million and $170 million, making it one of Netflix’s most expensive cinematic originals. Still, some believe that the splashy, star-studded tale from one of America’s most revered directors could have made waves at the box office if given a traditional wide-release. While Scorsese preferred such a delivery for his modern mob epic, Netflix failed to come to terms with major theater chains after refusing to adhere to a standard 70 to 90 day exclusive theatrical window. 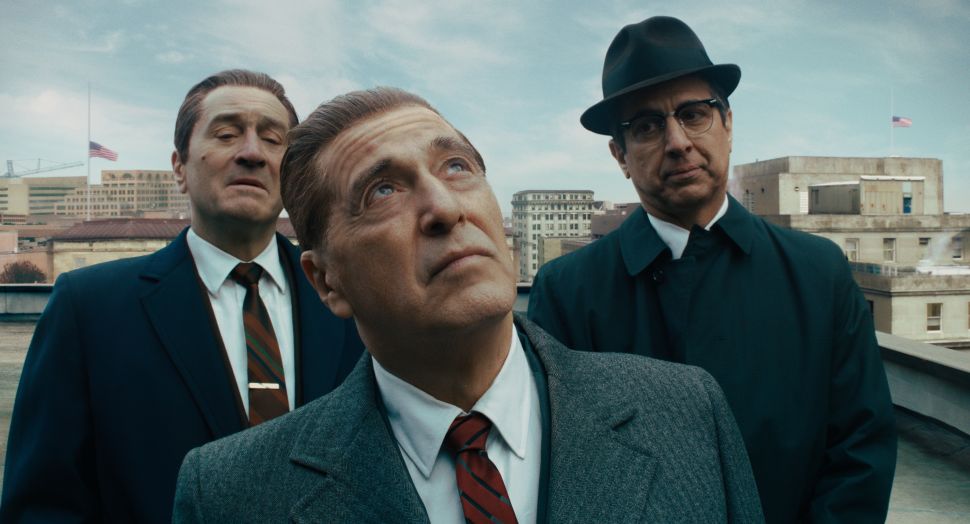