Need to buy a camera or computer last minute to cross off the Christmas shopping list? New Yorkers hoping to secure a holiday sale should brace themselves because the New York Attorney General’s latest plan to pay for her state’s $6.8 billion budget deficit includes making Christmas discount sales a thing of the past.

If a crazy multi-million dollar lawsuit filed by the Empire State’s AG Letitia James succeeds, prominent video equipment seller B&H will have to fork over considerable cash for the crime of… giving discounts to its customers. That’s right: B&H would have to pay Albany sales tax on an imaginary sum that no consumer has ever actually paid.

Most, if not all, people have benefited from companies offering “instant rebates” to bring down the prices of our favorite products. Sellers offering plenty of goods and services, ranging from wireless coverage and air conditioning units to cameras, offer a dizzying array of rebates and promotions to get consumers in their stores. Enter the New York taxman, who filed suit against New York retailers on November 14 for not forcing consumers to pay sales tax on these rebates.

To see why this is insanely idiotic, consider a typical deal made at a store like B&H. A camera may sell for $500, but with an instant rebate, the camera is actually sold, and bought, for $250. The company paid the sales tax for $250, not $500 because, well, $500 never changed hands. The State of New York wants to retroactively collect the additional taxes. In other words, the state is being haunted by phantom taxes off of non-existent revenues.

Paying sales tax on the actual amount of the sale might seem logical to absolutely everyone outside Albany. But, according to the AG, the practice amounts to tax evasion. By her logic, consumers ought to pay taxes on the full pre-discounted amount because retailers are getting reimbursed by the manufacturers for the instant rebate they’re offering to consumers. If the AG spent any appreciable time in the private sector, which obviously she has not, she would know that things don’t exactly work that way. Sellers are often overly generous with accepting “instant rebates” and manufacturers’ coupons. Even when they won’t get reimbursed for, say, a double coupon promo, companies typically honor them, helping bread winners feed and provide for their families with cheaper goods and services.

But alas, New Yorkers are dealing with the Grinch that is trying to steal Christmas discounts. Bureaucrats want $7 million from B&H, and once the company pays, the stage is set for more lawsuits targeting all sorts of companies catering to consumers. Because once one business is forced to pay taxes on its countless rebates offered to consumers, the floodgates will open for the Department of Taxation and Finance to put the screws on other businesses throughout the state.

Driving this desperate tax grab is the fact that the state faces a hefty multi-billion-dollar budget deficit, exacerbated by the mismanagement of New York’s failed government health care schemes. Medicaid is an astounding 16% over budget, even as enrollment has largely leveled off over the past three years.

Rather than trying to slug businesses with imaginary back-taxes and hurt consumers just before Christmas by taking away rebates, Albany should slash wasteful spending across the board. Albany politicians must introduce some much-needed spending discipline, including the stricter enforcement of health care spending caps put in place to protect over-burdened New York taxpayers. Then, maybe New York won’t feel such pressure to invent ridiculous arguments to crucify companies for being nice to their consumers. Just a thought. 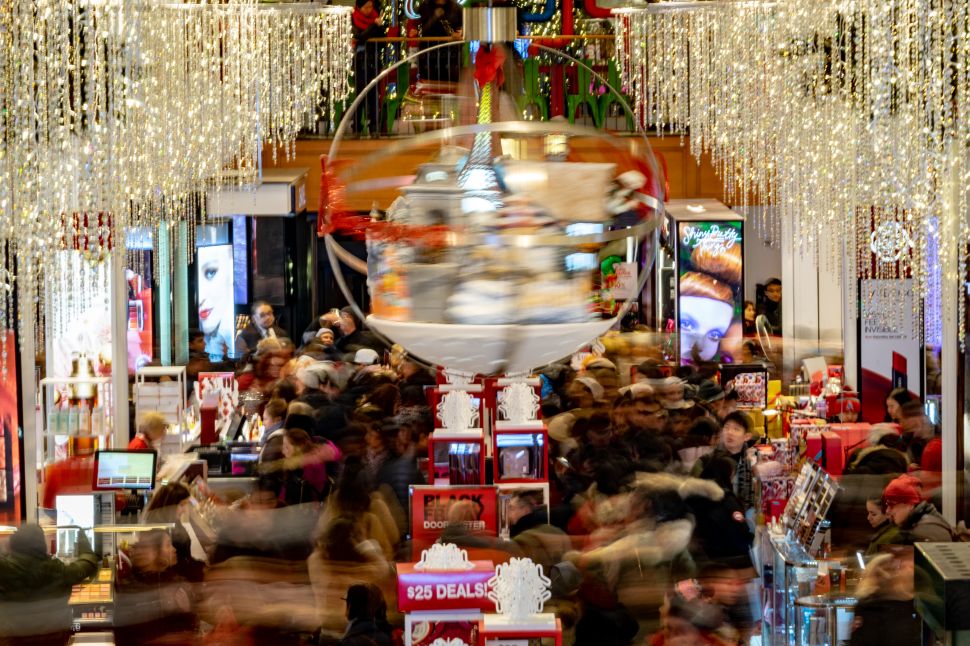