It is a shared dream of many futurist entrepreneurs to migrate human beings to another planet before conditions on Earth become too harsh for us to live in. But contrary to common belief, scientists who actually work on the frontier of extraterrestrial exploration generally dislike the idea of abandoning Earth—at least for now.

Speaking at a new conference in Stockholm on Saturday, where he was to collect his share of the nine million Swedish-crown ($910,000) prize this week, Queloz called the plan to leave Earth behind “irresponsible.”

“Because the stars are so far away, I think we should not really have any hope—serious hope—to escape the Earth,” he said when asked for his thoughts on arguments that human beings shouldn’t bother fixing climate change because we will be moving to another planet soon anyway.

“We’d better spend our time and energy trying to fix it than trying to imagine that we will… destroy it and leave it,” Queloz added.

Queloz’s colleague, Mayor, has expressed similar concerns about inter-planetary living. “If we are talking about exoplanets, things should be clear: We will not migrate there,” he told reporters in October following the Nobel Prize award ceremony. “These planets are much, much too far away. Even in the very optimistic case of a livable planet that is not too far, say a few dozen light years… the time to go there is considerable… It’s completely crazy.”

Their views were echoed by Briton Stanley Whittingham, co-winner of this year’s Nobel Prize for Chemistry, along with American chemist John Goodenough and Japan’s Akira Yoshino for inventing the lithium-ion battery.

“We’ve got to do things step-wise and have some solutions in mind,” Whittingham said at the same event on Saturday, pointing to alternative energy inventions, like lithium-ion batteries, as one approach to combat climate change. “I think lithium batteries are going to help electrification of transportation, including big trucks, and in the U.S., it’s already helping solar and wind take over from coal power plants.” 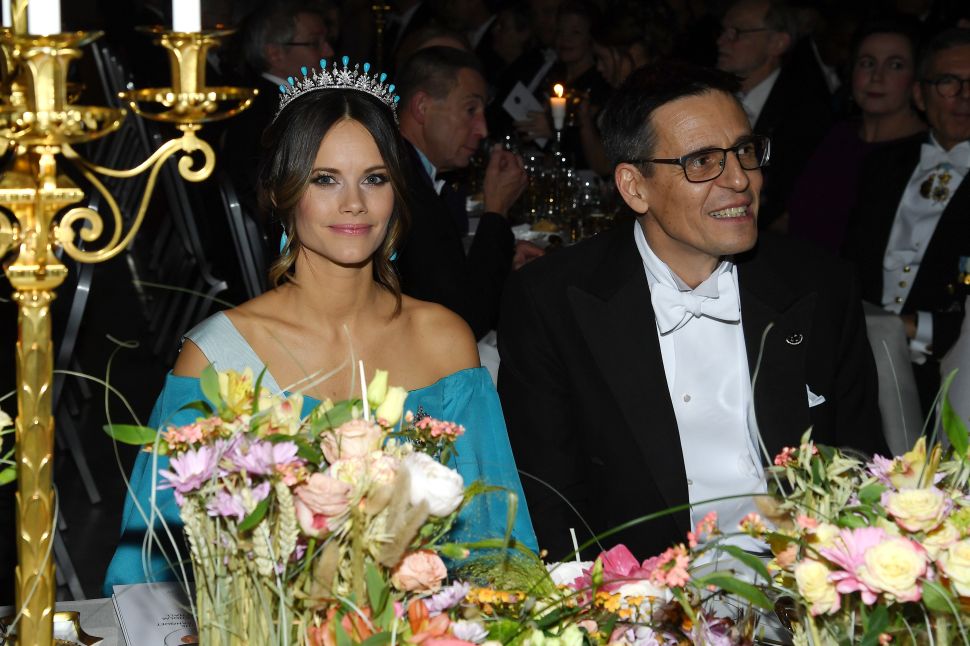