There are thousands of PR firms in New York City, but there are only 50 slots on our annual PR Power List. To salute even more of the great work we’ve seen this year, here’s our honor roll of the most influential firms in the performing arts industry. Agencies on previous honor rolls have graduated to the PR Power 50, so watch this space.

The Broadway mainstay is set to wrap another standout year; Moulin Rouge is breaking records, Harry Potter and Mean Girls are sending productions around the country, Phoebe Waller-Bridge’s Fleabag is debuting stateside and Chicago—Broadway’s longest-running American musical—is about to mark its 25th anniversary.

Don’t blame this year-old firm for Working Girl: The Musical; focus instead on clients like Hamilton, The Book of Mormon, Chasing Rainbows: The Road to Oz, The Wooster Group and Gloria: A Life.

Brenner Thomas and Jeffrey Schneider’s five-year-old firm doesn’t represent performers, but Variety and Rolling Stone are two high-profile clients, so good enough for us. The Lead’s grown from a single fashion client—Haspel, which it still reps—into a force for media and cause clients, like G/O media (The Onion, Jezebel, Gizmodo, more), Indiewire, the Gill Foundation and the Rainbow Railroad organization. 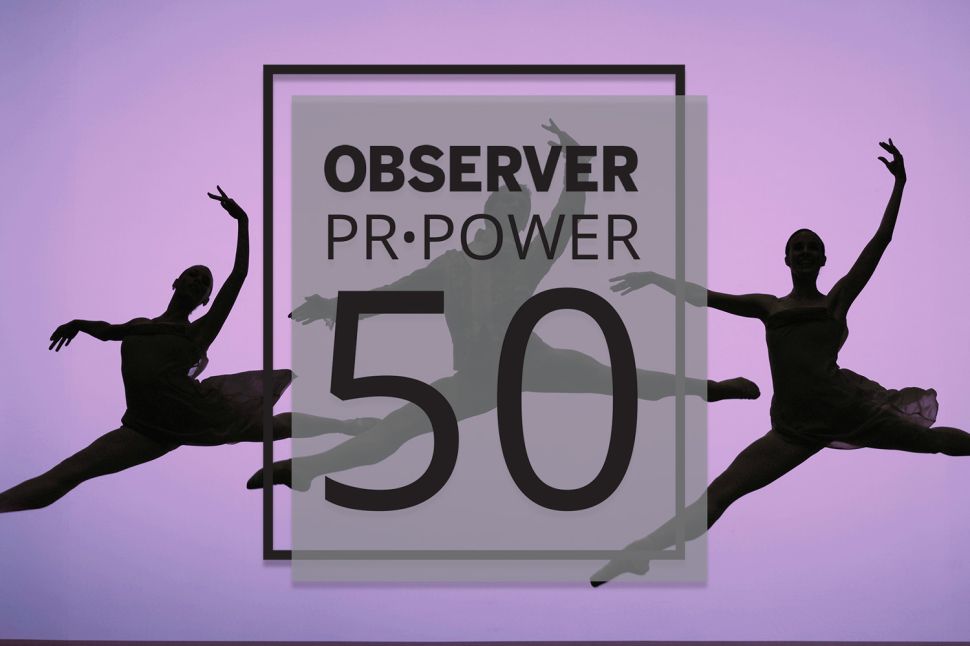