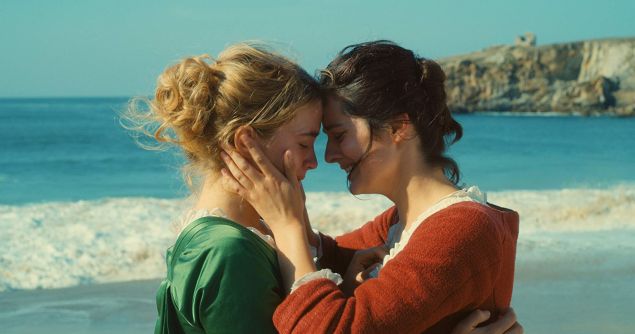 Adèle Haenel and Noémie Merlant in Portrait of a Lady on Fire. Neon

There are two devastating moments of music in writer-director Céline Sciamma’s Portrait of a Lady on Fire, both of them as emotionally packed and passionately conceived as any sequence in any film that came out this year.

The first arrives about halfway through, when Héloïse (Adèle Haenel from 2017’s BPM), the title character, and Marianne (Noémie Merlant), the protagonist who has been hired to paint her, join a gathering of women around a bonfire on the isolated island where most of the film takes place. The women begin to sing a chorale that sounds at once familiar and otherworldly—an upsweep of female voices every bit as powerful as the flames that eventually break free from their moorings and affix to Heloise’s dress.

At first blush, it feels too on point or even a touch corny to give a film this title and then to actually physically set the lady on fire over the course of the story, but in Sciamma’s hands the choice is a masterstroke in a film that is chock-full of them. The image and sound are so hauntingly beautiful, so overflowing with raw feeling, that to be tasked with describing how and why it is so effective feels overwhelming and bordering on impossible. Like a rocky shore at dusk or the bloom of first love, it’s something that needs to be experienced rather than described.

Which is also true of the film itself, the fourth from Sciamma, the French wunderkind who first burst forth in 2007 with the coming-of-age drama Lilies, which also starred Haenel. The story is deceptively simple but rich with mystery and possibility. After one of her daughters dies mysteriously, a wealthy widow (Valeria Golino) commissions Marianne, the daughter of a prominent painter, to paint her surviving daughter in a portrait that will be sent to the Milan home of the man she is set to marry but has never met.

The problem? Heloise is against the marriage and refuses to pose for the picture, meaning that Marianne must watch her subject while they walk the ocean cliffs, studying the hang of her earlobe and the way she crosses her hands before scurrying back to her canvas. In the process, they fall in a love that is made all the more powerful by the explosive chemistry generated by the two remarkable lead actresses.

While the 1770s are rendered with thoughtful exactitude, Sciamma is more interested in rendering on a large canvas the inner lives of her lead characters than doing a note for note recreation of the era. As a result, the island is portrayed as a dreamlike matriarchy, with a romanticized depiction of, among other things, pre-industrial reproductive health care. But that is in keeping with a movie that, unlike many other films of its ilk, is far more interested in exploring the possibility of the true love at its center than it is in the various forces that might keep it from happening. (Indeed, in perhaps the truest expression of the Bechdel test yet committed to celluloid, there is nary a single named male character in the movie.)

So about that other unforgettable use of music: it comes with the very last shot of the picture and features a tune each of us has heard a thousand times—Vivaldi’s “Four Seasons”—but never quite like this. It is a long-take tracking shot of Héloïse listening to the symphony, beset by emotion as she recalls the first time Marianne played it for her on a harpsichord. The shot is an act of pure bravura filmmaking, but of the sort that, rather than simply showcasing the audacity of the director, truly bores into the soul of both the character who is gazing and the one being gazed upon.

It also happens to be the best ending of a movie this year and the work of a filmmaker completely attuned to both her craft and the inner lives of her characters. Moreover, the shot is the final act of passion and precision in a film that is teeming with both, a work of art whose flame will continue to smolder in your mind and heart well after you have left the theater. 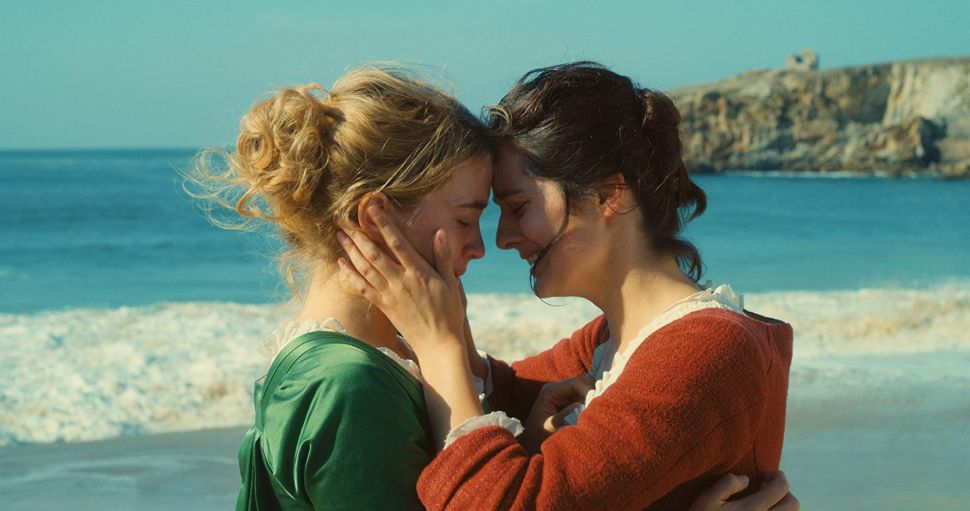