OK, Boomer. Age and experience matter in PR. But when you’ve got it, you’ve got it. And as our 2019 “Rising Stars” prove, a tide of fresh faces is fueling the industry with boundless energy, fearless initiative and nearly inborn digital chops. These are 15 PR pros to watch—but please, no poaching.

Known for her passion and strong leadership role, Michelle Morris heads strategy for many of BerlinRosen’s National Advocacy clients across the racial justice, tech accountability, labor and financial reform spaces. She boasts strong relationships with reporters – and an ability to easily explain how complicated issues affect entire industries surrounding them. Among her standout coverage this year was leading the campaign efforts to #MuteRKelly, along with helping racial justice organization Color of Change tackle Facebook’s discrimination problem.

During her tenure at APCO Worldwide, Madeline Monaco has been merging strategic digital thinking with strong project and client management skills. Monaco’s work focuses on integrated campaigns in the energy, policy and food sectors, in which she helps clients increase visibility and public awareness. Monaco is known to have a holistic set of digital skills, which include building and fostering online communities to amplifying content, all while providing counsel to many cross-office projects.

As a New York City-based director at APCO Worldwide, Melissa Muñoz leads the consultancy’s efforts in developing stakeholder-focused, data-driven communications strategies. These approaches aim to mitigate, prepare and address complex business and reputational challenges for clients. Muñoz’s work often sits at the intersection of communications, law and corporate positioning for companies that are in the midst of dramatic change.

Having began his career as an intern at BCW, Sam Quinn has cultivated an expertise in launching and managing product-branded social media channels. Quinn’s current role at the global agency has him leading product-branded work for Kaléo Pharmaceuticals’ AUVI-Q. The account director is also a vital contributor to the team’s new business ideas, as well as a key collaborator in bringing clients integrated offerings, like analytics and performance media.

Ali Rigo began at Cultural Counsel back as an intern, following graduation from Chapman University. During her time at the firm, she’s risen to a senior position, subsequently leading campaigns for clients such as Pérez Art Museum Miami (PAMM), Felix LA, Creative Time, Whitney Art Party and the Bronx Museum of the Arts. Rigo has landed major coverage for her arts-focused clients at publications like The New York Times, Vogue, Artforum and New York Magazine.

At just 26-years-old, Adaline “Addie” Colton serves as director of technology at Brandstyle Communications. Since joining the firm as an executive assistant in 2015, Colton has played a critical role in its growth and was eventually promoted to doing account work, starting with Brandstyle’s first robotics client. She now works closely with CEO and founder Zoe Weisberg Coady to help build Brandstyle’s technology portfolio. As director, she’s responsible for overseeing all of Brandstyle’s B2B and B2C tech clients, including developing and executing comprehensive, high-impact global PR campaigns, ensuring they receive steady weekly press coverage.

At GSG, Will Warren O’Brien works with many construction and real estate clients to help them advance high-profile infrastructure and development projects across the city. For the past three years, he’s helped Skanska USA tell the story around its largest and most impactful infrastructure projects in the Tri-State region, as well as its investment in local communities and workforce. Some of the company’s positive press coverage O’Brien helped secure includes the new LaGuardia Airport Terminal B, the conversion of the Farley Post Office into Moynihan Train Hall, the renovation of the Empire State Building and the new Kosciuszko Bridge.

Adeline Benge has been with The Door since the agency discovered her in 2013. As a homegrown star, her tale is a true front-desk-to-vice-president story. While she’s worked on a vast array of clients, lately Benge has been focused on the Aparium Hotel Group, which includes the Detroit Foundation Hotel and the new MC Hotel in Montclair, N.J. Her other hospitality clients include the Meatpacking District, Gansevoort Hotel, Two Roads Hospitality (food and beverage consulting), the Chapin Estates and Sullivan County Catskills.

Since joining her firm in January 2015, Dani Friedman has a remarkable track record of seamlessly integrating and coordinating comprehensive strategic communications campaigns. Her clients include high-profile names like Knotel, Stay Alfred, JFK Terminal 4, Hotel Hugo and Bono, among others. Friedman has played a crucial role in the overall development and growth of the digital and creative division at Marino, while also serving as chief of staff to the entire agency.

Described internally as “big guns,” Megan O’Leary has a particular knack for storytelling, as well as predicting and tracking media trends and potential reporter interest. O’Leary started off 2019 strong by securing a major feature on Forbes.com’s front page, with an estimated advertising value of $1.15 million for a small manufacturing startup. Other major accomplishments this year included securing features on the front page of The Wall Street Journal and The Washington Post’s business sections for a public affairs client impacted by the U.S.-China trade dispute, along with a segment on CNBC’s Nightly Business Report.

Florence Lousqui is one of the youngest directors her firm’s ever had on staff. Now in her fifth year with N6A, she’s been promoted several times, most recently to the head of N6A’s Professional Services Group. Lousqui oversees the company’s entire client portfolio in Professional Services, while managing a team of several junior staffers. The 29-year-old France native was responsible for many successful client case studies and outcomes, including L2 (acquired by Gartner), MuteSix (acquired by Dentsu), Medallia (successful IPO on NYSE) and many more.

Since joining LaForce, Sydney Fazende has been the architect behind some of our most lauded digital campaigns, earning Glossy and PR News Social Media Awards nominations for work with Veuve Clicquot. Fazende has built LaForce’s digital group, pioneering the integration of digital strategy into PR programs. Her most notable work is with Moet Hennessy’s brands, having elevated Veuve Clicquot to the most engaged alcohol brand on Instagram and grown Krug’s audience by more than 2,000% in four years. She’s also appeared on panels, where she spoke about her excellence in content and influencer campaigns, with the Center for Communication and Social Media Week, among others.

As the vice president of DKC’s Sports Group, Tamarah Strauss executes campaigns for clients in and around the sports space, including the International Tennis Hall of Fame, Chase Center/Golden State Warriors, Premier League, Delta Air Lines, BMW and Wasserman. Throughout her career, Strauss has worked with several current and retired athletes, including Mariano Rivera and Michael Vick, as well as managing press efforts for international events, including Super Bowl XLIX, Super Bowl 50, NFL Honors, Quicken Loans National, Deutsche Bank Championship, Red Bull Crashed Ice and the Coca-Cola FIFA World Cup Trophy Tour. An advocate for women in sports, Strauss was recently selected as a mentee in the 2019 CSM/SBJ Mentoring Challenge, a prestigious mentorship program for women in the sports industry.

A 2011 graduate of the University of Arizona, Rachel D’Amico began her PR career as an intern at Viacom and an assistant at Levine Communications before landing at SHADOW in 2013. Leading a team of eight specialists, D’Amico has been the driving force behind the agency’s culturally impactful influencer campaigns for clients like Moroccanoil, BabyBum, Champion Footwear, SVEDKA Vodka andKim Crawford Wines, among others. One of her marked achievements to date includes growing American Eagle’s #AerieREAL campaign platform into the #AerieREAL Role Models campaign in 2018. During the year-long marketing campaign, D’Amico led the casting and programming of four influencer women who represented the brand’s message of women’s empowerment.

Now with over seven years of PR experience, Amelia Lovaglio joined Nike Communications in 2014. Throughout her tenure, Lovaglio has managed a variety of clients in culture, fashion, lifestyle and tech industries, with a particular focus on the thought leadership space. Her outstanding work on best-in-class projects such as Revolve’s recent and highly successful IPO, along with the launch of technical apparel brand Kit & Ace and the U.S. return of the World Chess Championship, make her one of the industry’s biggest rising players. 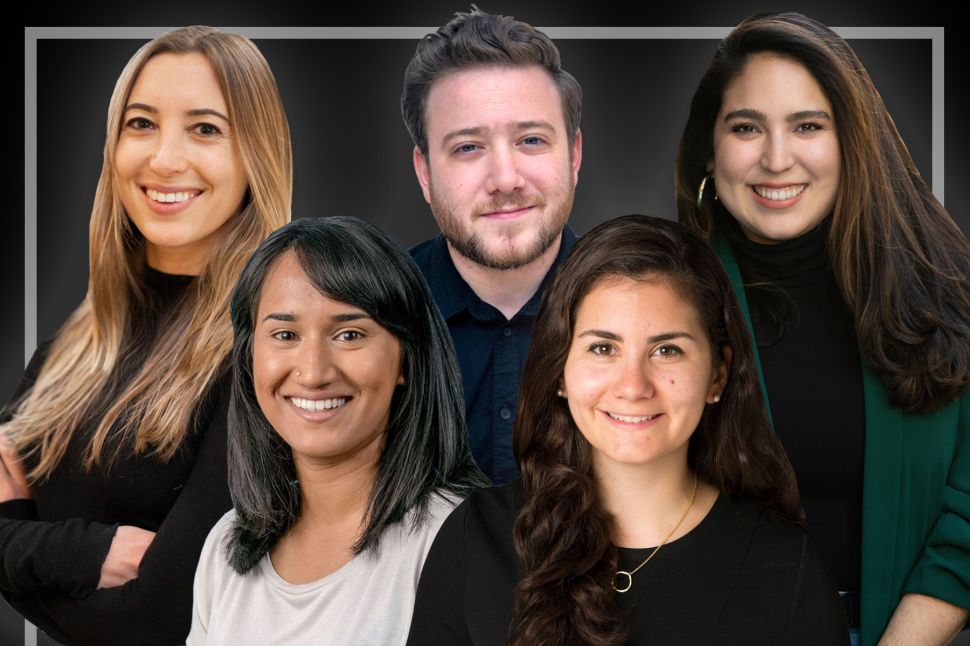