Take a hike, Lady Gaga (and stand down, Barbra Streisand and Judy Garland), for a real star has been born. And it didn’t happen in a movie, either; rather, the happy birth took place at the Metropolitan Opera Friday night.

The new star is named Lise Davidsen, and her debut performance as Lisa in Tchaikovsky’s Queen of Spades offers more than ample evidence she’s got the voice and temperament to be the company’s next A-list dramatic soprano.

Davidsen’s voice is a massive column of sound, fascinatingly complex in timbre in middle voice, and then gleaming like platinum in the upper fifth of her range. Tchaikovsky’s music took her up to an electrifying B-natural, but her ease in that register indicated her top almost certainly extends to high C and beyond.

This is the sort of vocal instrument that thrives in a huge theater like the Met. The sound not only soars over the heaviest orchestration, but it seems to make the whole auditorium vibrate. At its most intense, Davidsen’s voice felt like it was coming from everywhere at once.

The advent of this spectacular artist would be reason enough to recommend this revival, but for Queen of Spades, the Met has assembled a truly festival-quality cast. Most impressive is tenor Yusif Eyvazov in the vocally demanding role of gambling addict Hermann. He demonstrated absolute security in the part’s heavy declamation and a smooth legato in the character’s love scenes with Lisa. (If his dramatic involvement was a bit sketchy, that’s probably because he took on this difficult part less than a week before opening night, jumping in for an ailing colleague.)

In the title role of the elderly countess with a mysterious system for winning at gambling, veteran mezzo Larissa Diadkova seemed a bit flummoxed by the production’s concept of the character as an over the top “Norma Desmond” diva. She wore her outré wardrobe of feathered and beaded gowns dutifully, but sang with simple dignity in a burnished chest register.

Also making a debut was conductor Vasily Petrenko, who led the Met orchestra with relaxed, confident precision. In particular, he maintained an engaging sense of forward propulsion in Tchaikovsky’s occasionally meandering score.

It certainly wasn’t Petrenko fault if the evening seemed to drag a bit. For one thing, the opera runs well over three and a half hours, including an unbroken two-hour stretch for the second half. Worse, the dramatic momentum was broken again and again by lengthy between-scene pauses in Elijah Moshinsky’s quarter-century old staging. (I wouldn’t mind waiting if there were some spectacular stage picture to be revealed, but about all that happens in this production is the rearrangement of a few gilt ballroom chairs.)

These long changes plague a lot of Met productions, but at least this time around there’s something to talk about while you sit in the dark. From Lise Davidsen on down, everyone involved in Queen of Spades deserves praise. 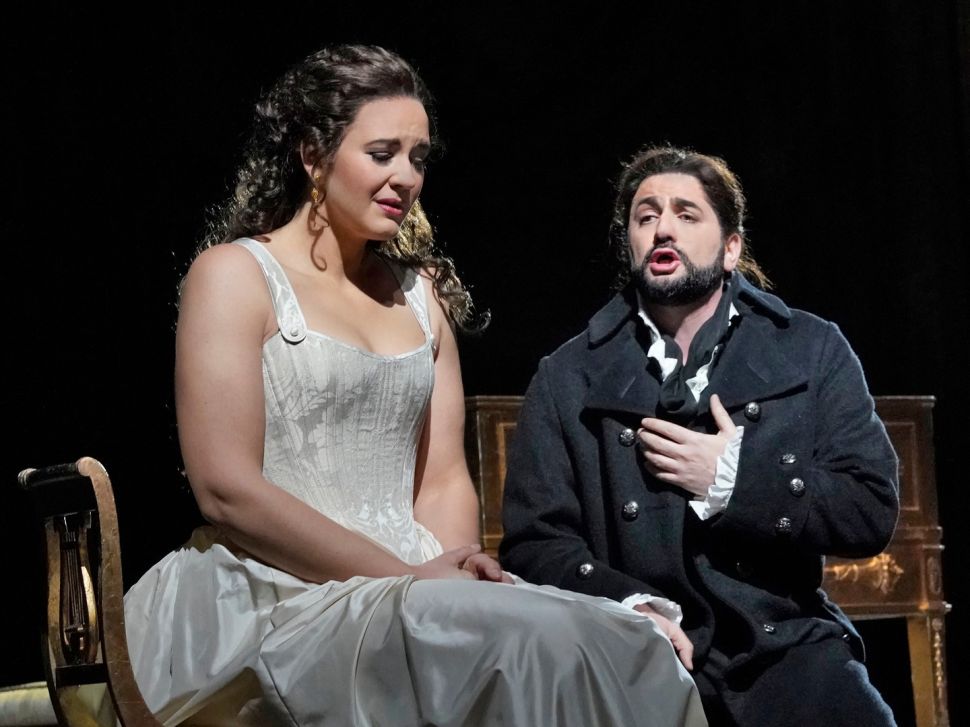