The legal battle over American pop artist Robert Indiana’s fortune and estate has been raging on for months with no clear end in sight, and the paperwork appears to be continuing to pile up as more details emerge. On Monday, December 2, James Brannan, an attorney for Indiana’s estate, filed more detailed accounts of the estate’s assets. Previously, Brannan has filed court papers accusing Indiana’s former caretaker, Jamie Thomas, of utterly failing in his obligation to be a caregiver and allowing the now-deceased artist to live in squalor. Now, Brannan is elaborating that since Indiana’s death, he’s discovered artworks attributed to the estate that are worth more than $5 million, and that he expects to find many more. Given this predicted eventuality, Brannan estimates that the value of Indiana’s estate will soon be over $100 million, as it currently rests at $90 million.

As recently as May of 2019, Indiana’s estate was estimated to be worth only $77 million, but scalding allegations of abuse and mishandling of assets from a number of parties interested in Indiana’s life’s work have only strengthened the thorough investigations into what the man had actually accumulated in his lifetime. The Morgan Art Foundation, which had been granted the right to exclusively produce, own and sell Indiana’s intellectual property in 1999 and had that right revoked by Brannan in 2019, filed a lawsuit of their own on the eve of Indiana’s death accusing Thomas of conspiring to forge Indiana’s art and pass it off as genuine to museums.

SEE ALSO: The Gloves Are Off in the Legal Battle Over Robert Indiana’s ‘Love’ and ‘Hope’ Artworks

By filing this latest update in court on Monday, Brannan commented that he wanted the court to be aware of the developing value of the estate and of the surrounding expenses being incurred, given the fact that Indiana’s is the largest estate ever handled by the Knox County Probate Court in Maine. Whoever is ultimately proven to be legally in the right, there’s no doubt that the scrum over Indiana’s legacy casts a pall over his body of work, which of course includes the iconic HOPE and LOVE sculptures that made him so famous. 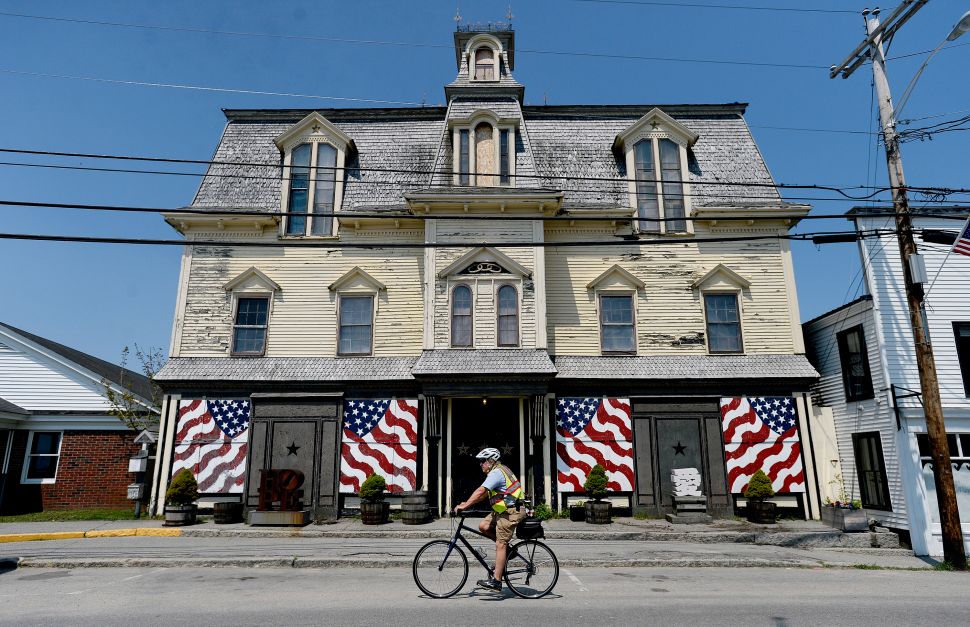