A “carbon sink” is exactly what it sounds like, mostly: a place where carbon—the chemical element that, when burned, powers lights across the world and developing economies as well as climate change—goes to chill, to be still and to stay put, rather than further ravage our environment and doom our civilization. Examples of carbon sinks include coal and oil, certain rocks and the oceans.

Exactly how much human-generated carbon emissions the world’s oceans can soak up—and how this is done—is a question scientists are still pondering, but it’s accepted that the deepest seas can be an effective carbon sink, if only the excess carbon can be brought and deposited there. One technique of carbon “export,” recent research shows, is sea urchins. Sea urchin poop, more specifically.

Sea urchins thrive in kelp forests, which, like their landlubbing counterparts in tropical rainforests or coastal redwood stands, are also carbon sinks. Probably best known to humans as uni, the yellowish, buttery delicacy prized by sushi lovers, sea urchins are also important herbivores in marine ecosystems. (Though they can also be bad: A surfeit of sea urchins in coastal waters off of northern California, triggered by a die-off of sea stars, their main predator, has also helped decimate coastal kelp forests in the Pacific.)

As scientists in Norway found, in research published earlier this month in the journal Oecologia, sea urchins feast on kelp and kelp detritus as they scoot across the ocean floor.

When those kelp scraps are transformed—through a very pleasant biological process—into sea urchin feces, they are more easily transported across further distances, increasing the likelihood that the carbon therein is deposited in a deep-sea carbon sink.

Researchers studied how much kelp the urchins ate during four different sampling periods. When there was four or more sea urchins per square meter, they were able to consume up to 80% of detritus in shallow reefs—and when kelp scraps were transformed into sea urchin poop, the natural end product of kelp feasts, their “export distance” was increased four-fold.

Thus, “[o]ur findings show that sea urchins can accelerate and extend the export of carbon to neighboring areas,” including the deeper seas, the researchers wrote.

“This collector-shredder pathway could represent a significant flow of small particulate carbon from kelp forests to deep-sea areas, where it can subsidize benthic communities or contribute to the global carbon sink,” they added.

As the differing experiences in both Norway and California demonstrate, in order for sea urchins to be a net positive and perhaps help move carbon along into sinks, delicate balances in marine ecosystems need to be maintained—if not, they can destroy sinks like the kelp forests in California, which, according to a pair of studies released in the fall, are at 10% of their historic levels. There’s also the question of how to ensure that excess carbon in places like the atmosphere might be quickly transformed into a kelp forest so that the sea urchins can eat it and then crap it out, so it can be deposited in a deep sea carbon sink.

The answer there is that it can’t be done, not quickly enough to counteract ongoing emissions—but at the same time, knowing how sea urchins fit into the carbon cycle may contribute toward other schemes of capturing and moving carbon. And if climate change catastrophe is going to be averted or blunted, such carbon export techniques are going to be very necessary indeed. 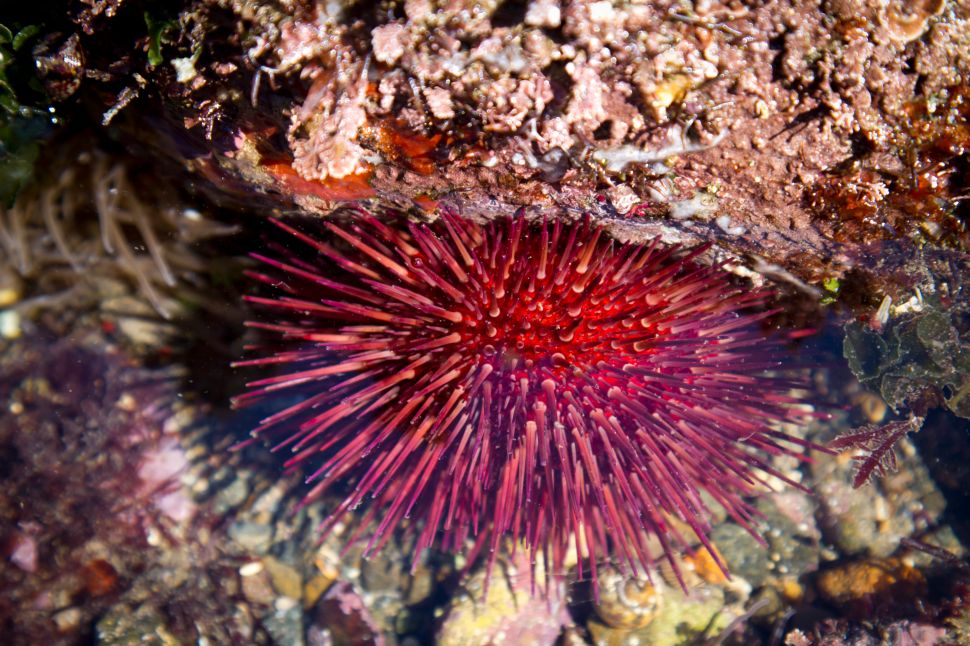