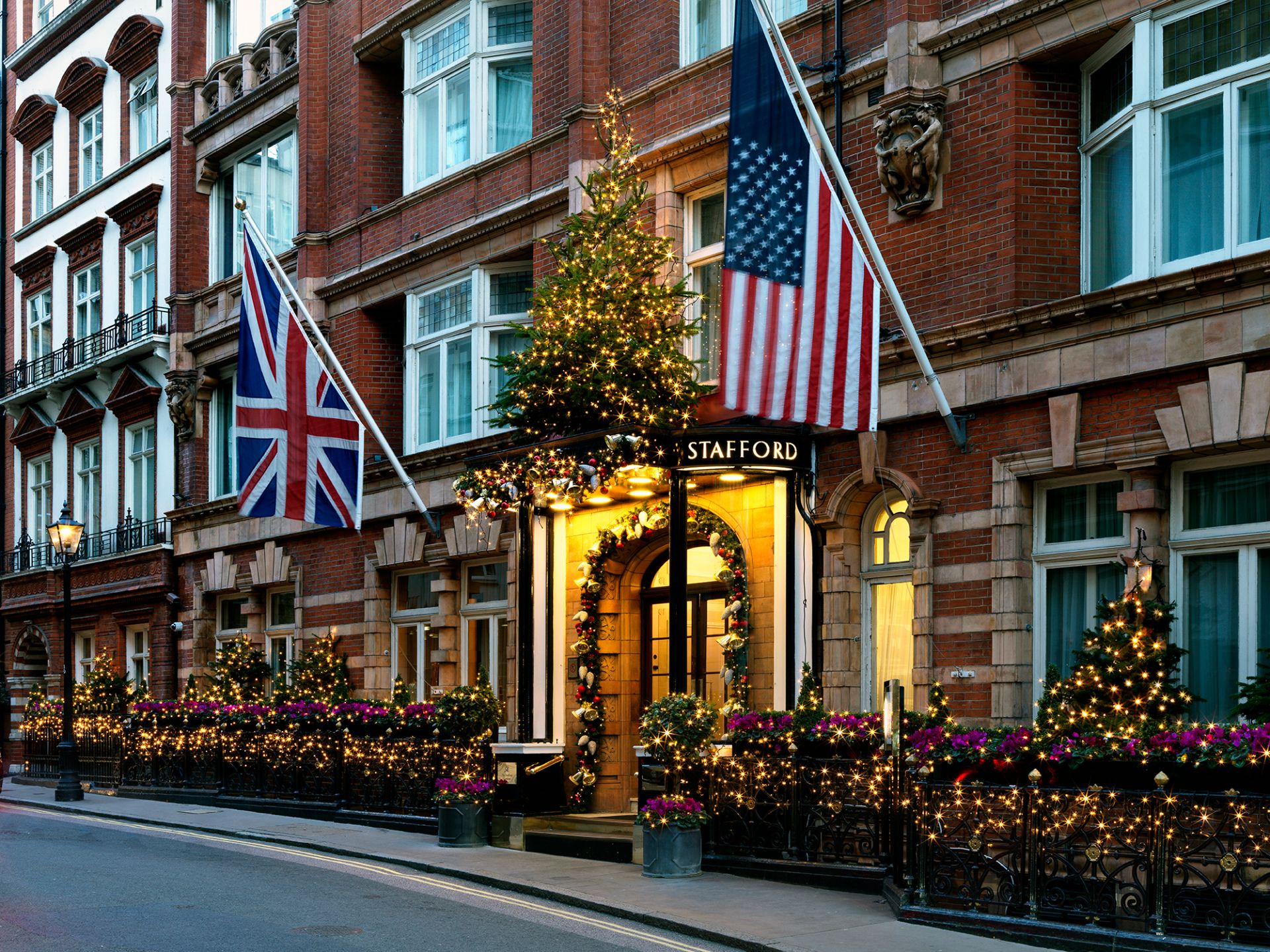 The Stafford has some very regal holiday decor this year. Scroll through to peek inside the historic London hotel.
Courtesy The Stafford 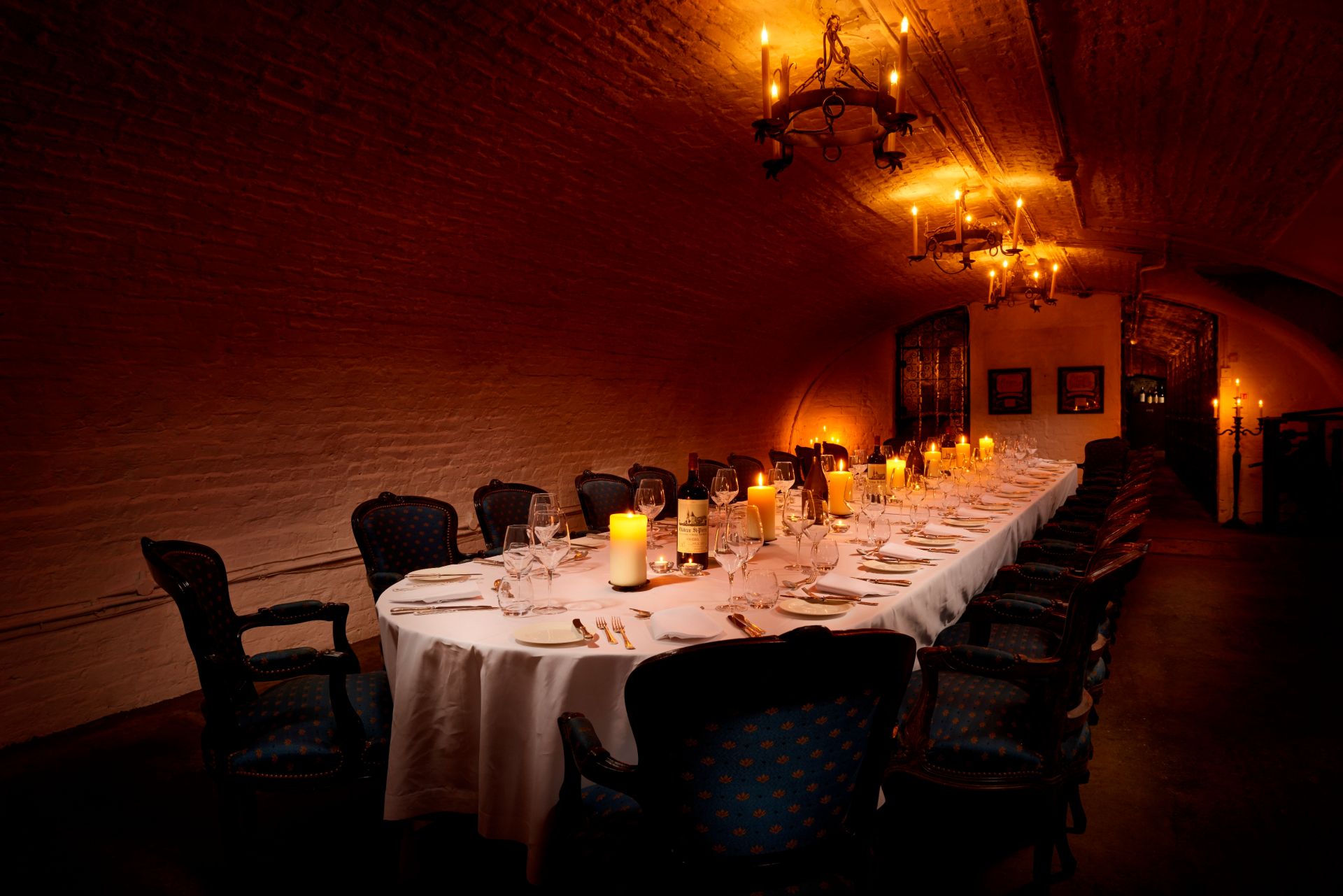 The hotel collaborated with Prince Charles' private residence, Highgrove House, on the Christmas tree this year.
Courtesy The Stafford 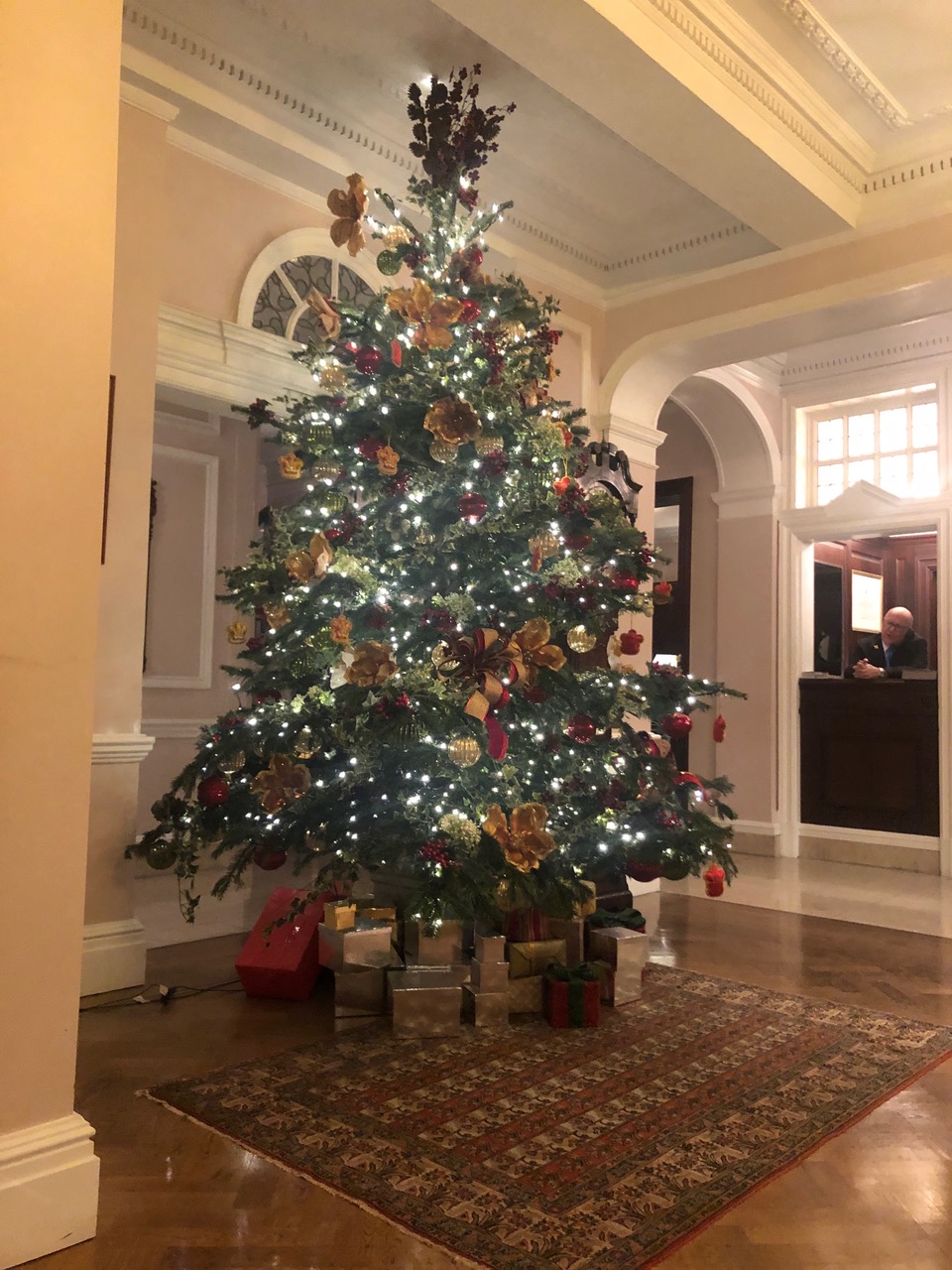 The tree mirrors the ones found at Highgrove, which is why the decorations include ivy, berries, magnolia flowers and acorns.
Courtesy The Stafford 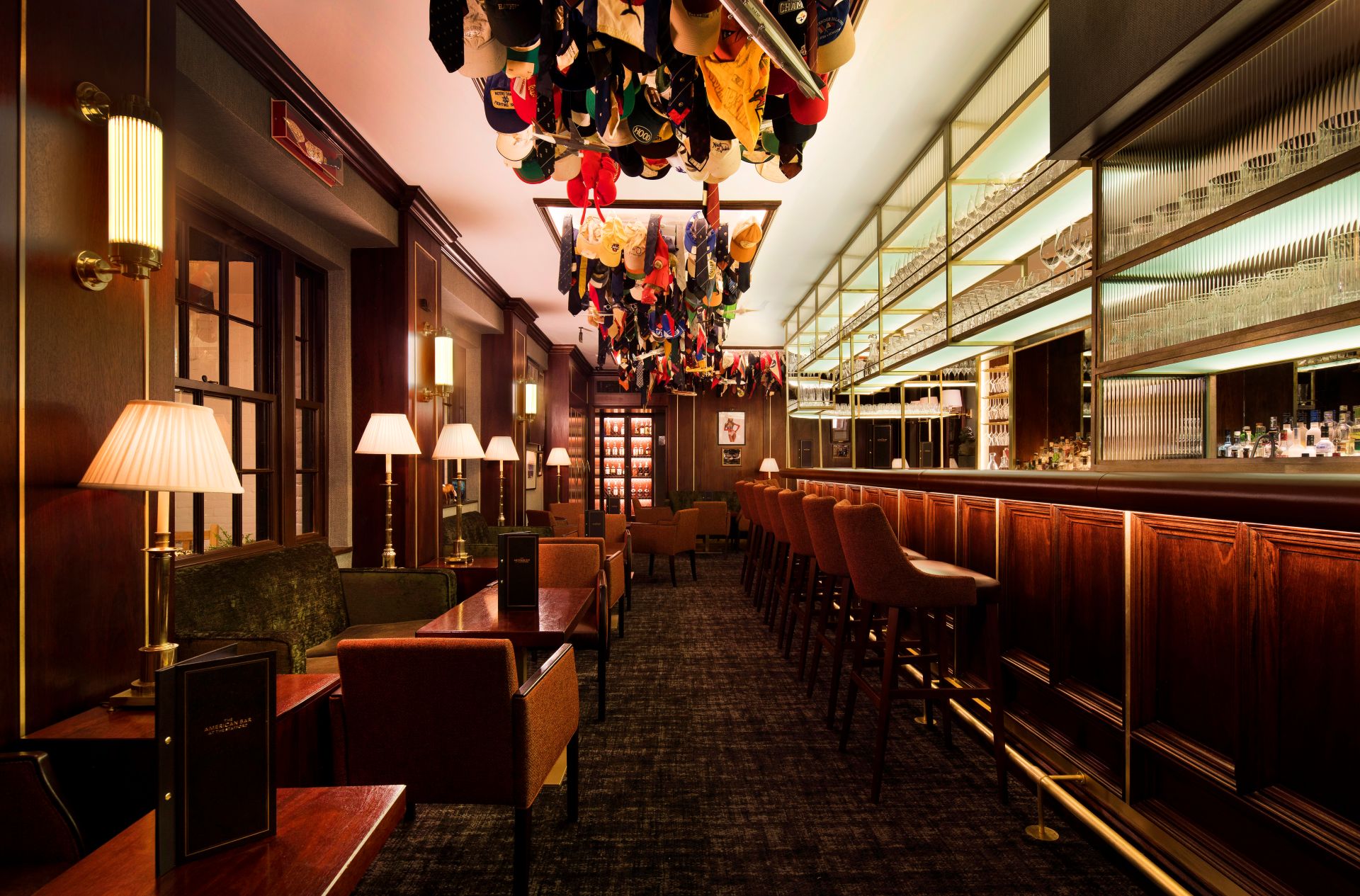 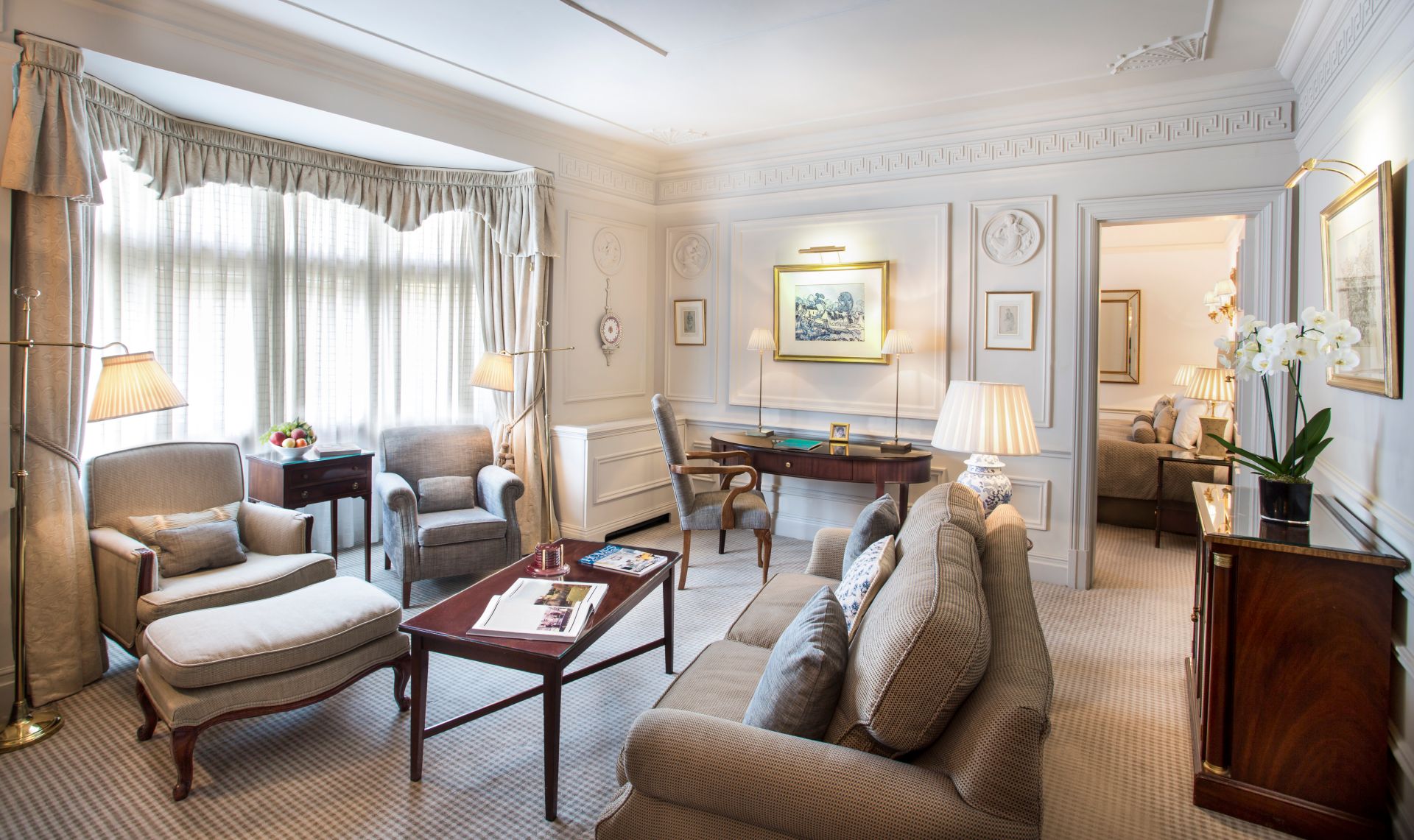 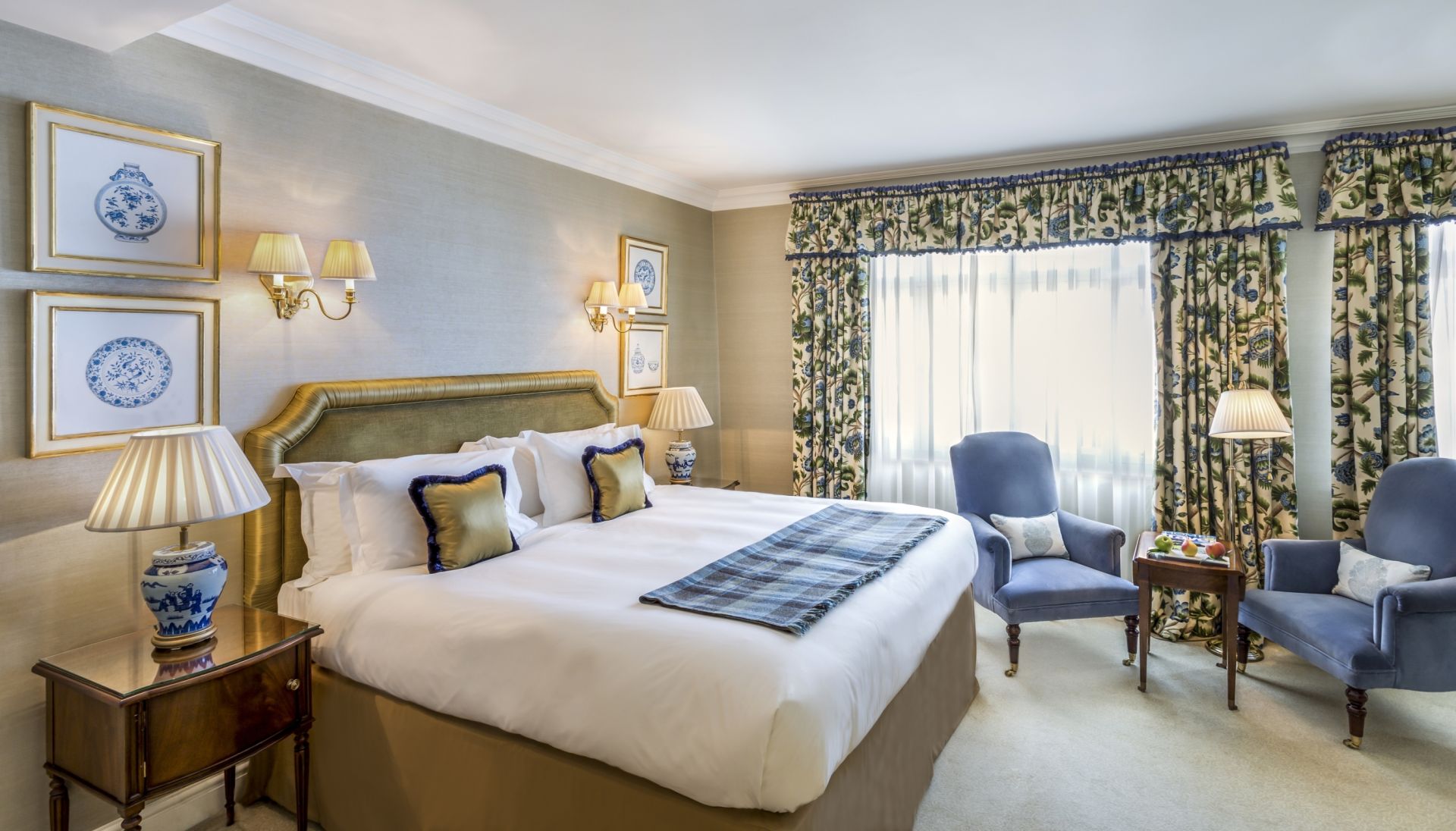 Guests who stay at the hotel during the holidays will get a special Highgrove treat.
Courtesy The Stafford 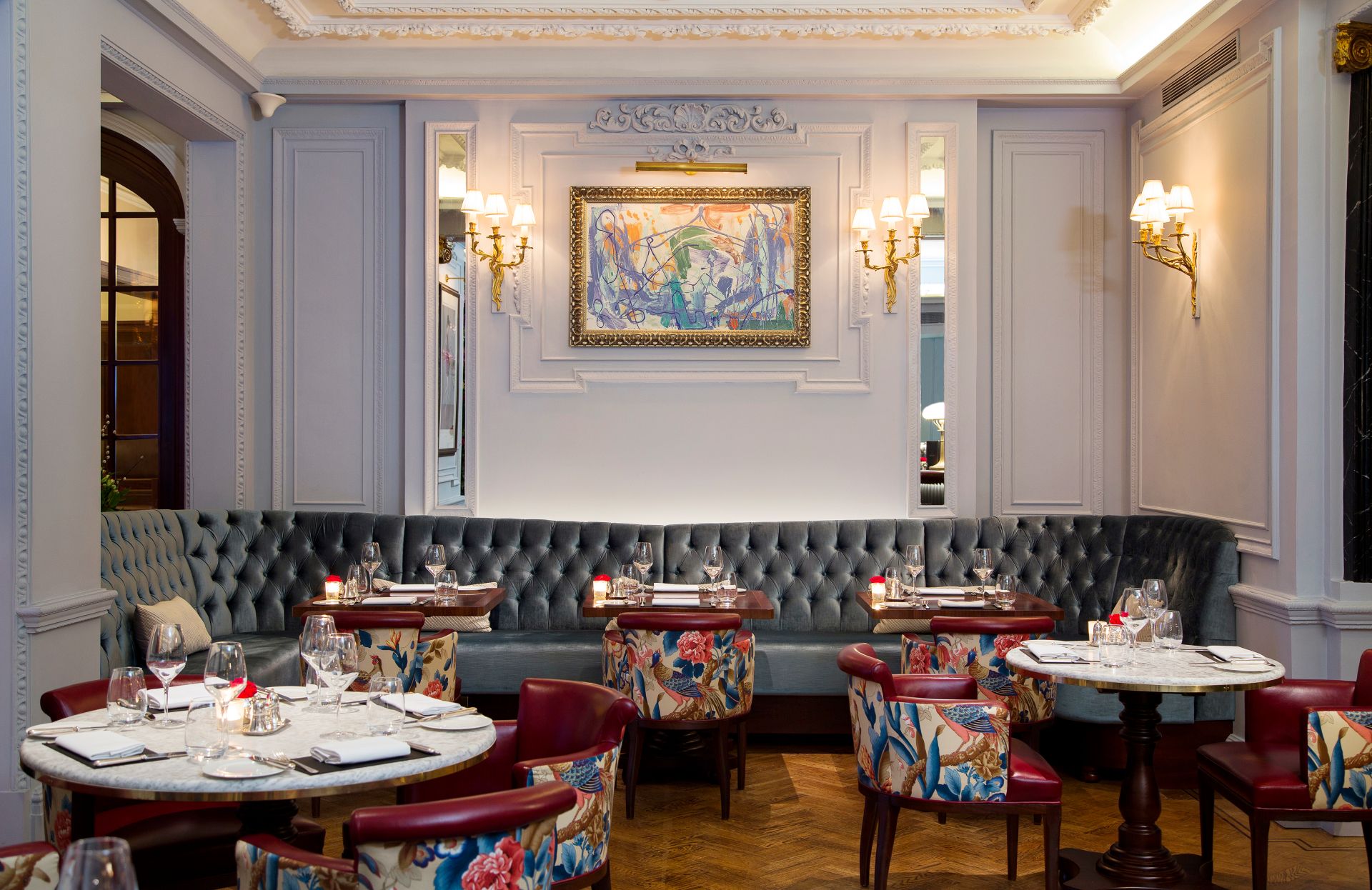 There will be a special viewing of the Queen's Christmas Speech at the Game Bird.
Courtesy The Stafford
Advertisement 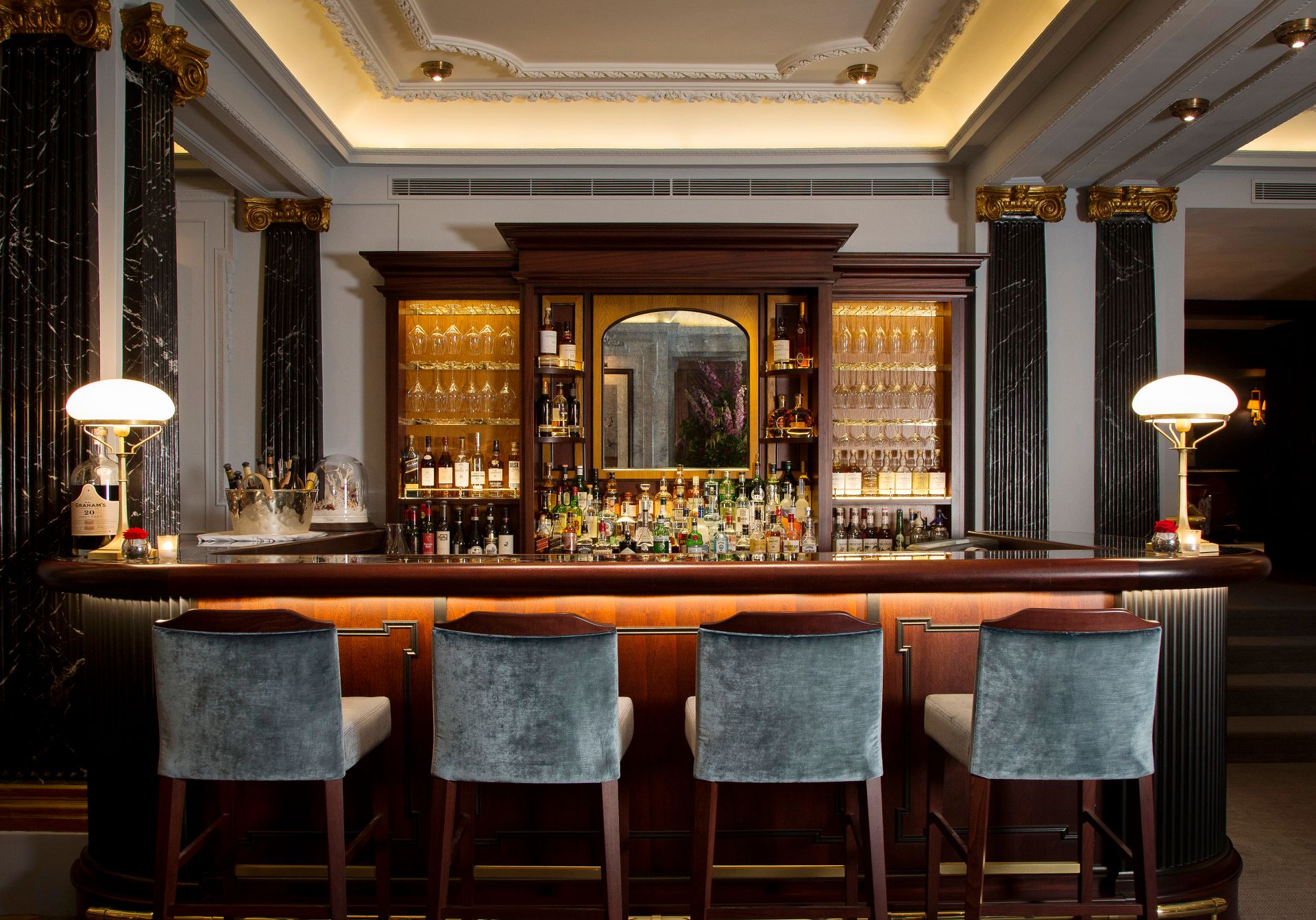 The restaurant opened in 2017.
Courtesy The Stafford 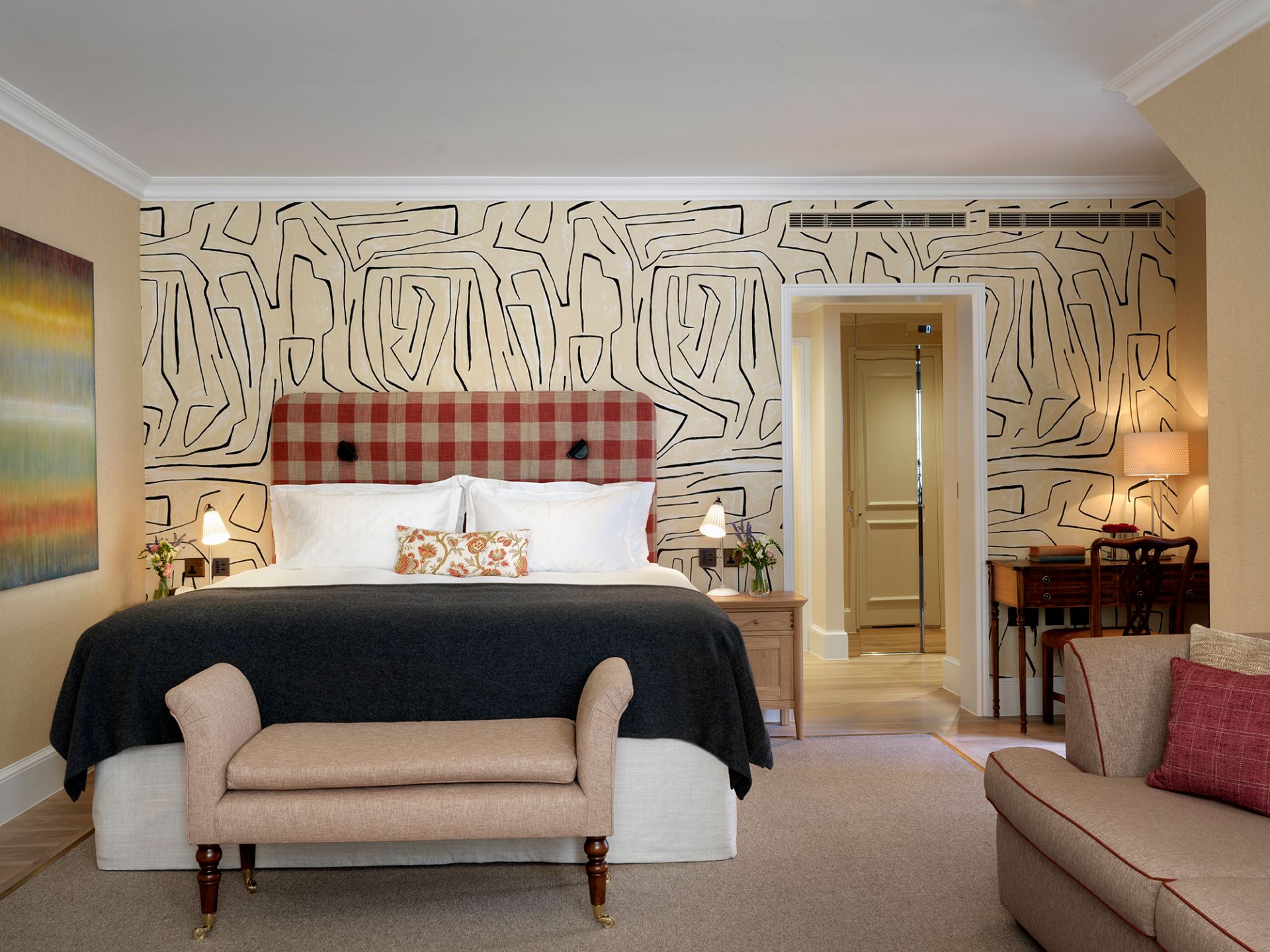 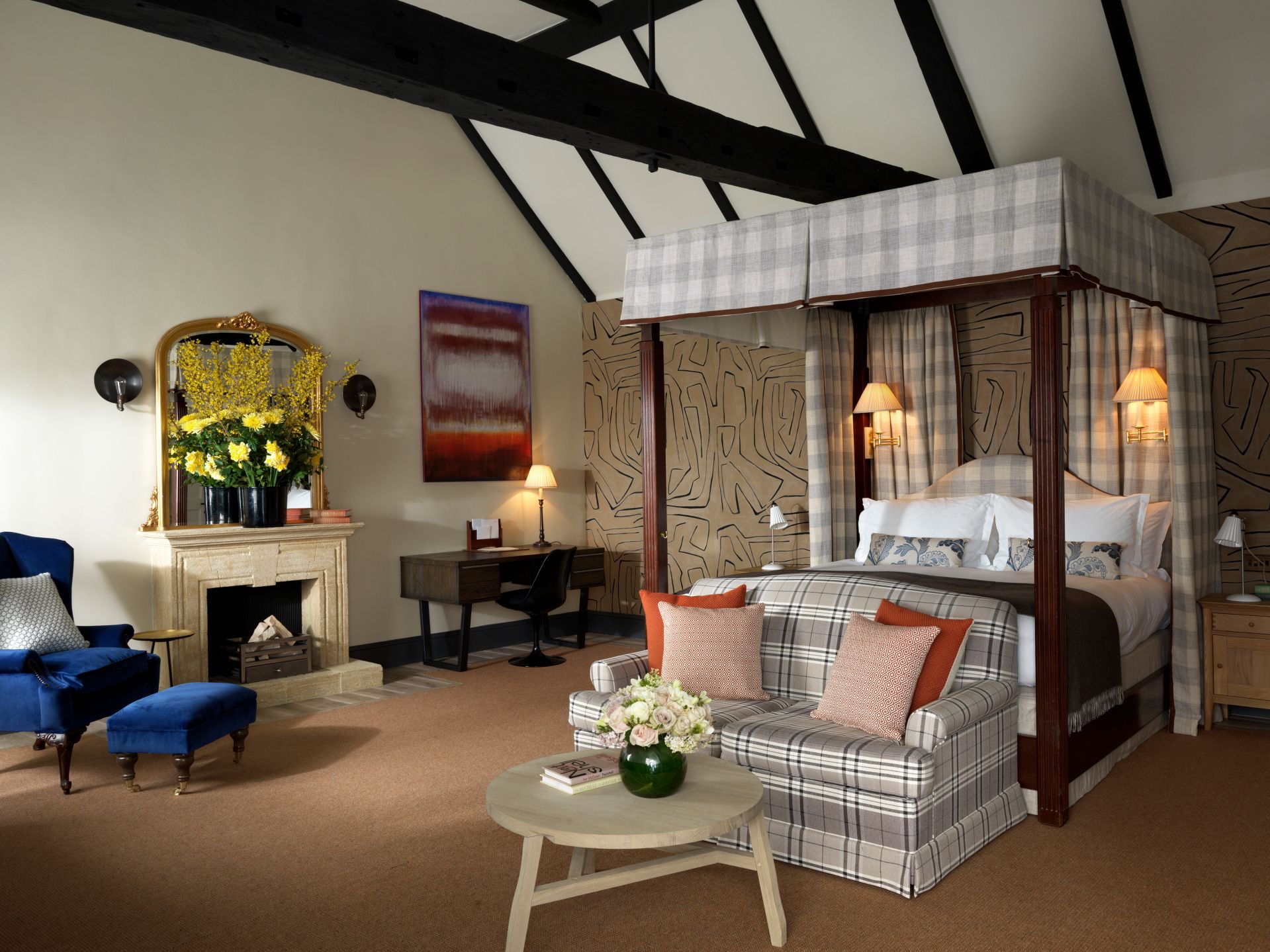 The hotel is composed of 107 rooms and suites.
Courtesy The Stafford
Advertisement 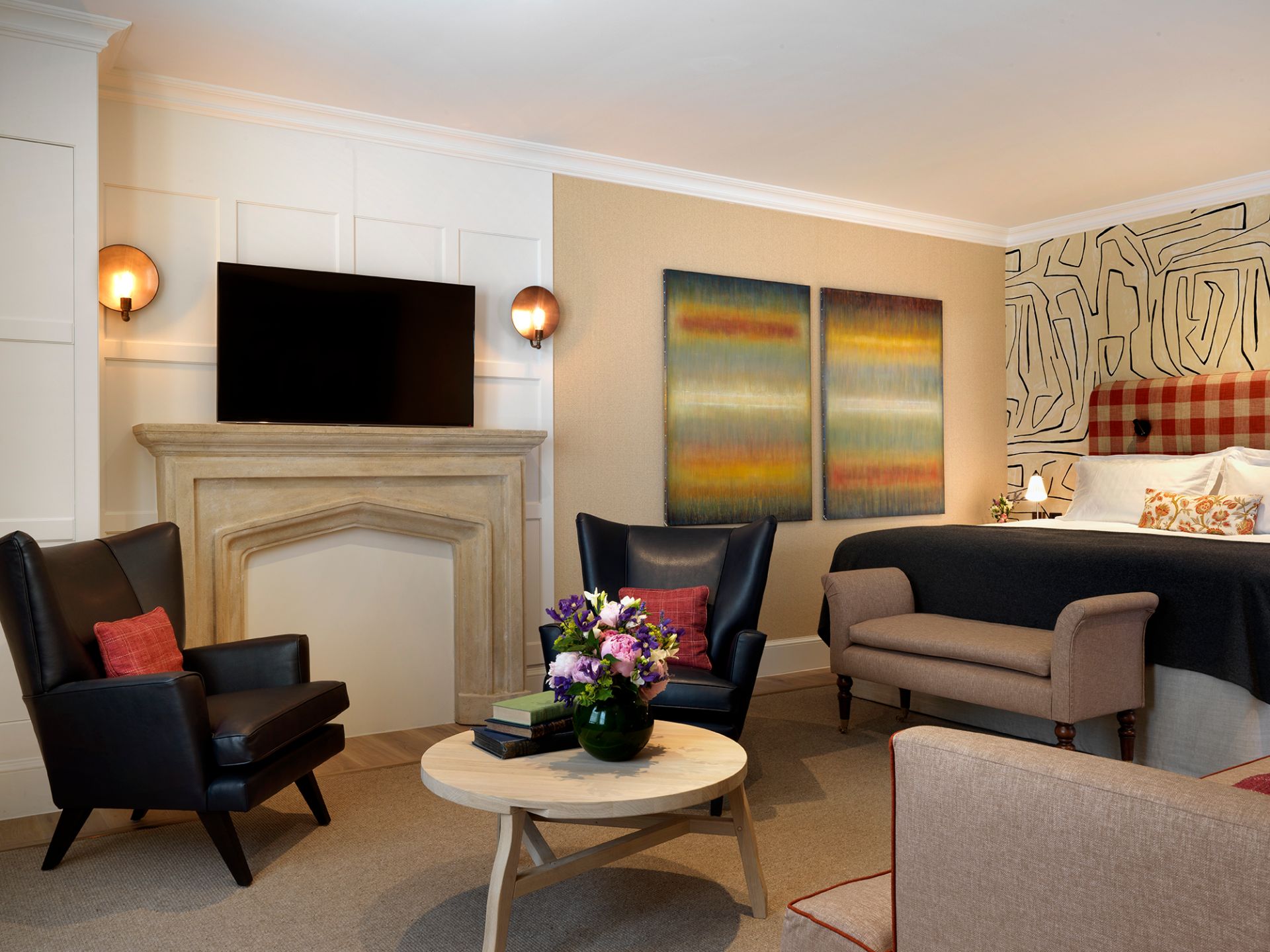 All the rooms are uniquely furnished.
Courtesy The Stafford 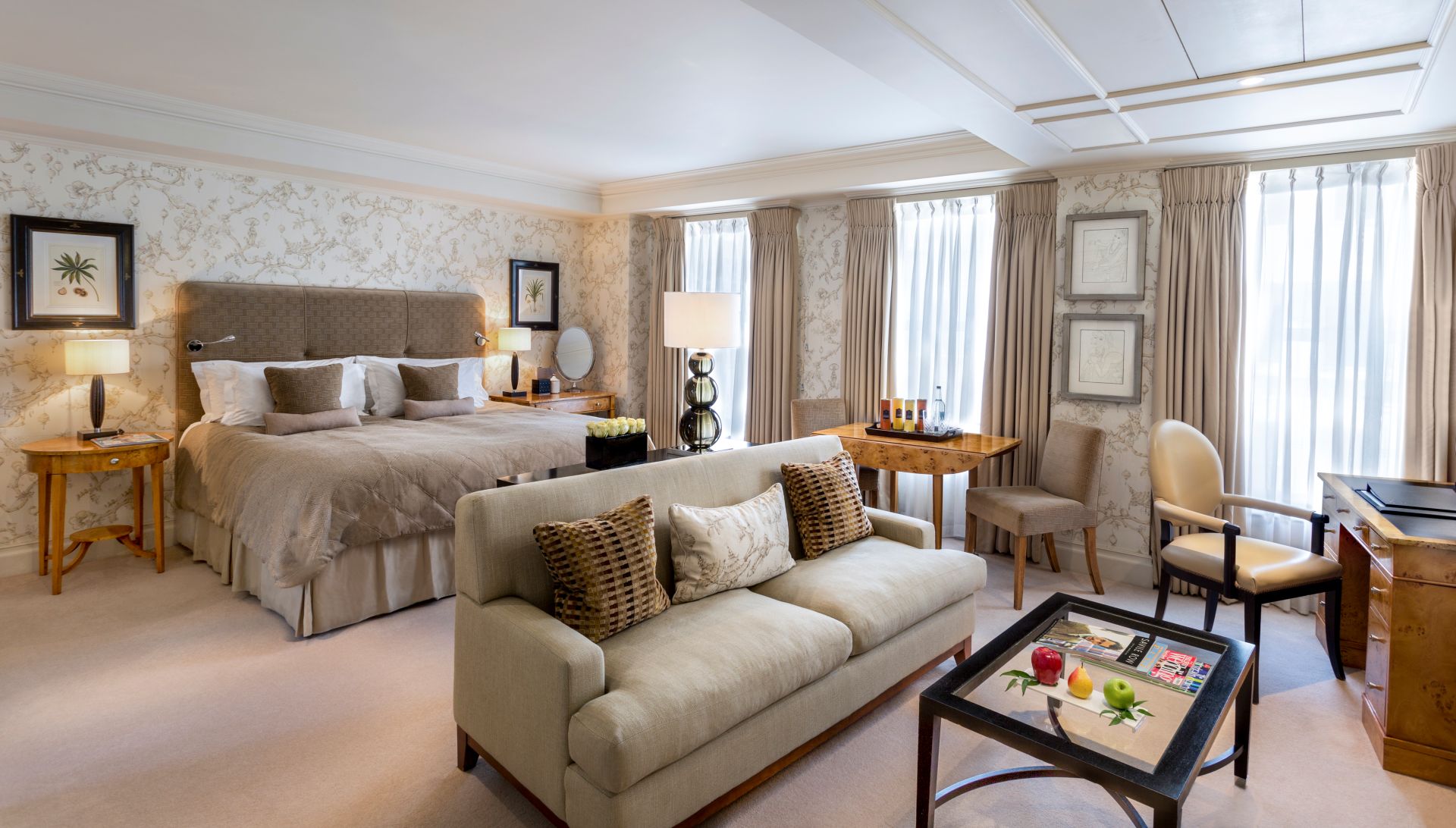 The Mews House suites are hard to beat.
Courtesy The Stafford 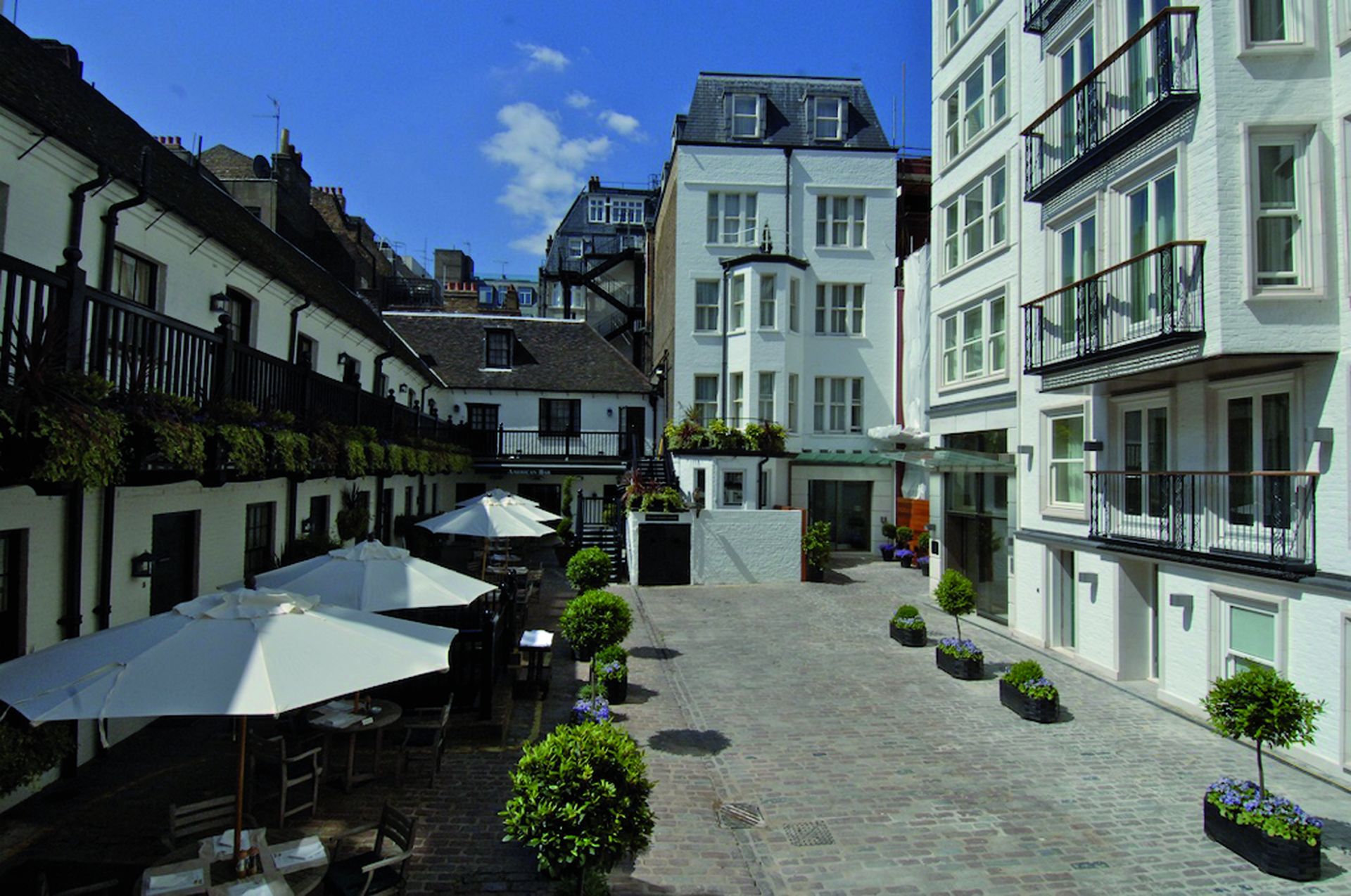 The hotel is located in St. James.
Courtesy The Stafford 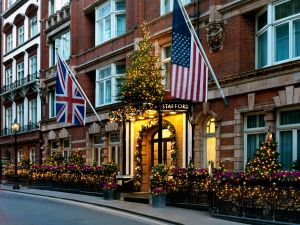 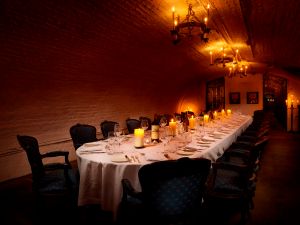 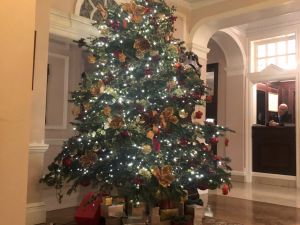 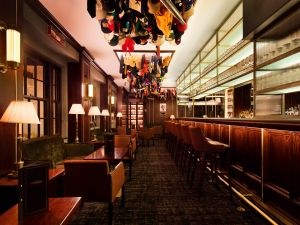 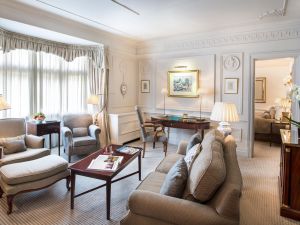 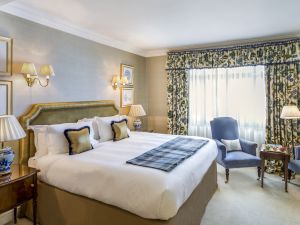 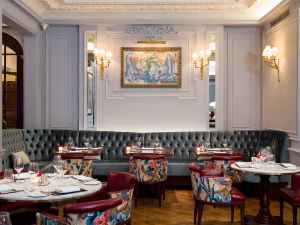 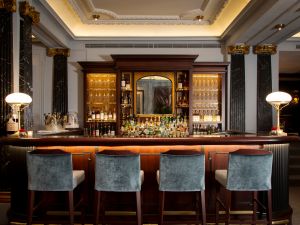 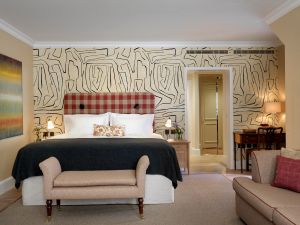 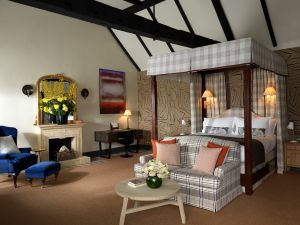 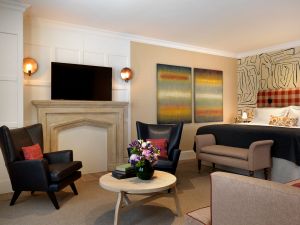 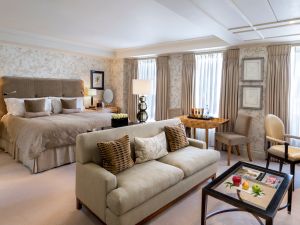 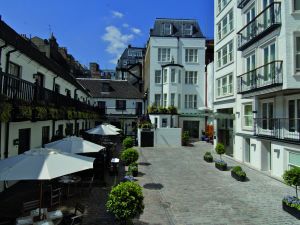 Even if you didn’t get the invite to Sandringham for Christmas with the royals this year, you can still take in some regally-approved holiday decorations in London. The Stafford’s Christmas decor is up, and this year, the luxe five-star hotel debuted a tree designed by Prince Charles and Camilla Parker Bowles’ private residence, Highgrove House.

The 10-foot-tall tree is inspired by Prince Charles’ beloved Royal Gardens at Highgrove. The tree is situated in the hotel lobby, and traditionally decked out with gold, red and and white ornaments, with large flowers and bows, all ready for its Instagram moment.

Prince Charles purchased Highgrove House as his private home in 1980, and he’s used it as a country retreat ever since. The Prince of Wales, a vocal environmentalist, is particularly fond of the gardens at the estate, which he has worked on for years.

It's beginning to look a lot like Christmas… 🌲 this year the Christmas Tree has been created in partnership with Highgrove – the private residence of TRH The Prince of Wales and The Duchess of Cornwall . . . #feelingfestive #christmas #christmasdecorations #christmastree #interior #interiordesign #thisislondon #luxury #christmasiscoming #christmascountdown #thestaffordlondon #london #uk

The Stafford’s exclusively designed tree is the beginning of an ongoing collaborative relationship between the hotel, Highgrove House and the Prince of Wales’ Charitable Foundation. The tree is designed to resemble the ones found at Highgrove during the holiday season. Prince Charles is quite involved when it comes to Highgrove Christmas tree decorations, per the Stafford, and this year he wanted it to mirror the gardens at his residence, which is why the decorations include ivy, berries, magnolia flowers and acorns.

The Stafford, a Preferred Hotel located in St. James, has a long history with the royal family. It was originally built in the 17th century as private residences, and was owned by Lord and Lady Lyttleton. Lady Lyttelton, the daughter of the second Earl Spencer (an ancestor of Princess Diana), was a nanny for Queen Victoria’s children.

The late Queen Elizabeth the Queen Mother was a fan of the hotel’s American Bar, where she was reportedly fond of gin and tonics. It’s still big with the royals today, Queen Elizabeth’s granddaughter, Zara Phillips, often stops by the hotel with her husband, Mark Tindall.

The hotel is comprised of 107 rooms and suites, which are located in three distinct areas—the Mews, the Carriage House and the Main House. All of the accommodations are uniquely decorated, and while all the rooms are lovely, the Mews Suites definitely stand out, with patterned wallpaper, chic drapery, plush beds and the feeling of relaxing somewhere in the countryside.

If you do book a stay at the Stafford around the Christmas holiday, you’ll get a limited edition ornament, crackers and other treats from the Highgrove collection. But even if you’re not an overnight guest, Londoners should try to stop by to get a peek at the tree before the decorations come down in the New Year. And if you’re looking to go all out with the Christmas celebrations, try out the Christmas Eve cocktail and dinner at the hotel, or perhaps the Christmas Day lunch at the Stafford’s restaurant, The Game Bird—they’ll be showing a viewing of the Queen’s Christmas speech, so it’s pretty much like spending the holidays with the royals.