The foundation of CBS All Access, CBS’s over-the-top streaming service, is built upon Star Trek. In addition to Discovery—the first live-action Star Trek TV series since 2005, currently gearing up for Season 3—there are at least three other series in development. With the Viacom and CBS merger finally closing last week, there is even greater opportunity to further integrate the small screen Star Trek world with its big screen blockbuster counterpart. While the conglomerate is busy juggling numerous different projects set in the final frontier, there is one that has captured the hearts and minds of fans above all else.

Star Trek: Picard, premiering Jan. 23, will see Patrick Stewart return to the iconic role of Capt. Jean-Luc Picard, first introduced in the 1987 pilot for Star Trek: The Next Generation. After seven seasons and five film appearances, Stewart put the character to bed in 2002 and determined that his time in the Star Trek universe was done. So sure was he that he actually rebuffed producers Alex Kurtzman and Akiva Goldsman when they first approached him about a revival. But their vision for Picard needled into his brain like a Centaurian slug.

“There was a lot of information; when the meeting broke up and we left, I said to my agent, ‘You know, would you mind asking these people if they could put everything they said in writing so that I can read it, study it, think about it?’ Stewart recently told Vulture. “In less than two days, I had over 30 pages of copy, which I studied very carefully. One of the points that I had made in the meeting was that the only possible way I could consider returning to that life would be if, for example—and this was only an example—we did something like Logan, the final X-Men movie I made with Hugh Jackman; then you would have my attention.”

As it turns out, Kurtzman and Goldsman were already working in that direction anyway. Stewart explains that the producers were very enthusiastic about building a rich new world that shared the Star Trek DNA, but was wholly unique from The Next Generation. Throughout the early development process, they elicited feedback from Stewart and worked to address his uncertainties and doubts.

“This was not going to be Star Trek: The Next Generation, Part Two. That’s why I said yes,” he said.

Picard will take place 20 years after Stewart’s last Star Trek appearance in the 2002 film Nemesis. Interestingly, it will connect to J.J. Abrams‘ 2009 Star Trek reboot, which introduced an alternate timeline in which the Romulan homeworld was destroyed, making it the first series to address that event. “Picard’s life was radically altered by the dissolution of the Romulan Empire,” Kurtzman told The Hollywood Reporter earlier this year. 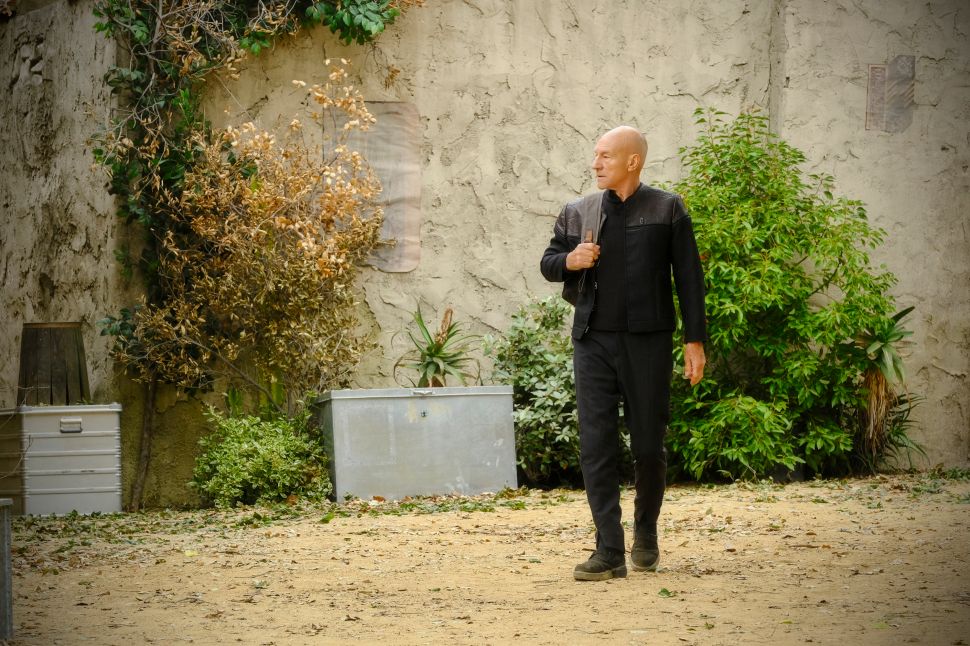