As the conclusion to America’s most beloved film franchise, Star Wars: The Rise of Skywalker is expected to become one of the highest-grossing films of the year after it arrives on Friday. As a blockbuster new fantasy series based on beloved source material and starring Henry Cavill, The Witcher is expected to garner immense viewership once it hits Netflix the very same day. The question is: will these two pop culture behemoths cannibalize one another?

Skywalker is tracking for an mammoth opening weekend right around $200 million. The Witcher‘s closest comparison, meanwhile, may be Netflix’s flagship series Stranger Things, which the streamer claims was partly watched by 40.7 million member accounts within four days of the third season’s release this summer. That’s a lot of eyeballs.

SEE ALSO: ‘Star Wars: The Rise of Skywalker’ and the Challenge of Fan Expectations

“The competition, both big and small, is pronounced,” Paul Dergarabedian, senior media analyst for Comscore, told Observer. “The movie release schedule has become a 3-D chessboard thanks to video game and TV competition. But the movie theater only requires a finite amount of time whereas big TV events stretch much longer.”

That’s a sentiment echoed by Box Office Guru founder Gitesh Pandya. “I don’t think the launch of The Witcher will have any significant impact on the opening weekend box office of the new Star Wars film,” he told Observer. “Rise of Skywalker has a very well-defined audience and there will be a sense of urgency to see it right away, so that will be the priority for fans. Witcher can be watched later over time and fans interested in both properties know that.”

El Camino: A Breaking Bad Movie, released Oct. 11, scored more than 25 million member account views within its first week, according to Netflix. That didn’t prevent Joker (Oct. 4) from dropping just 17.5 percent in its second weekend en route to nearly $60 million from Oct. 11 to Oct. 13. Last year, Netflix released Sandra Bullock’s Bird Box on Dec. 14, which earned more than 45 million account views in its first week. That coincided with the successful opening weekends of both Warner Bros.’ The Mule ($17.5 million) and Sony’s Spider-Man: Into the Spider-Verse ($35 million).

Is there any direct correlation between popular streaming events and sub-par box office openings?

“Consumers will always seek out what they want regardless of the competition across different platforms,” Dergarabedian said. “True fans will find the time for different silos of entertainment. It’s not as if the Super Bowl prevents people from going to the movies all weekend.”

On the surface, Netflix’s choice to go head-to-head with Star Wars appears to be a head-scratcher. Why take on the decades-in-the-making Star Wars conclusion if you don’t have to? But we’ve reached a saturation point in entertainment in which 24/7 demand can support multiple big projects simultaneously.

“The film industry has continued to embrace the year-round calendar for scheduling big films as audiences have shown a clear demand for theatrical events beyond just major holidays and summer weekends,” Shawn Robbins, chief analyst at Box Office Pro, told Observer. “Streaming and theatrical releases are more coexistent than they’re often reported to be as they offer two very different experiences for consumers. Regarding The Witcher and Star Wars, the date is ultimately not as consequential as what word of mouth will be for each one.”

After The Rise of Skywalker, Disney will press pause on theatrical Star Wars movies until at least 2022. The Witcher, meanwhile, has already scored a Season 2 renewal from Netflix. 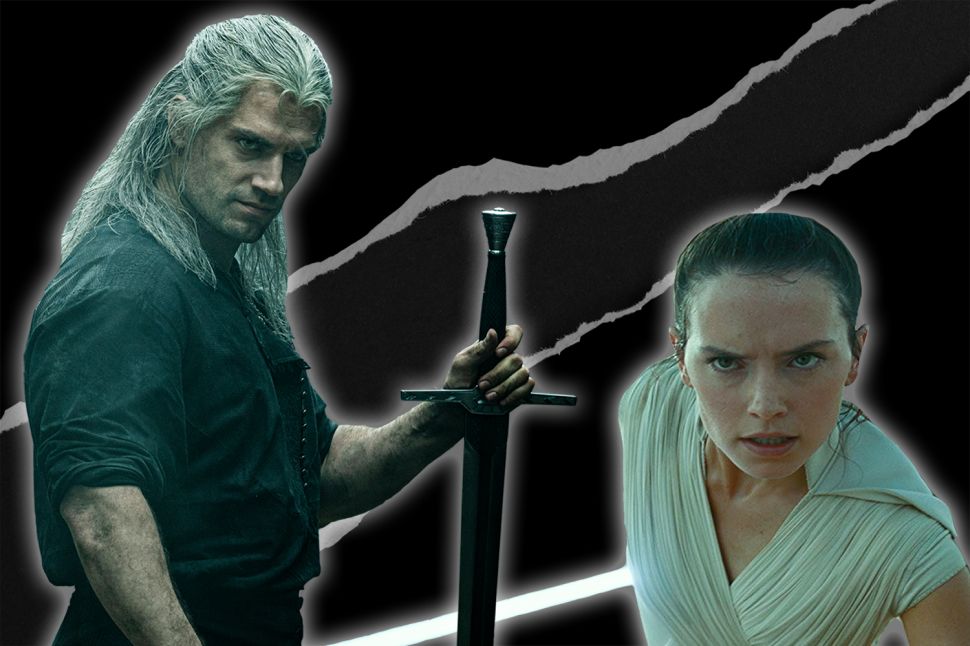