“Endings are hard, especially for me,” director J.J. Abrams recently said when discussing Star Wars: The Rise of Skywalker. That’s understandable. His new film is intended to serve as a conclusion to both Disney’s Star Wars sequel trilogy and the entire Skywalker saga that first began with George Lucas all the way back in 1977. Landing that speeder is akin to successfully firing on a thermal exhaust port just two-meters wide—it’s a one-in-a-million shot that requires an assist from the Force.

Star Wars is the most intensely scrutinized blockbuster franchise in the world, and both its supporters and its critics are really good at yelling. Ending it in a universally satisfying conclusion simply isn’t possible and The Rise of Skywalker reflects that reality. That raises the central question that has come to define this new era of Star Wars: What the hell do fans want?

They want the new Star Wars trilogy to capture the magic of the original series while simultaneously standing on its own as new and unique creations. They want to be emotionally invested in the characters, but only if they adhere to a strict guideline of development. They don’t want their Star Wars movies filled with politics, even though A New Hope was a fantastical response to the Vietnam War. They want these films to make them feel like they did when they were children while still appealing to adults. The checklist of expectations and desires is simply a collection of oppositional mandates. If we hyper-analyze these movies, we’ll always find something they can do better. If we allow them to exist as they are with the acceptance of imperfection, they will be easier to enjoy. Neither is a particularly simple ask.

Some choices made by Abrams and screenwriter Chris Terrio feel like unnecessary course corrections from Rian Johnson’s The Last Jedi, which drew the ire of a small but vocal contingent of viewers despite being the highest grossing film of 2017. The duality was striking; a critically praised global blockbuster that nonetheless proved so polarizing that we’re still arguing about its merits and missteps two years later.

The Last Jedi has it flaws—as all Star Wars movies do—but Johnson’s bold ambition to deconstruct the Jedi mythos and subvert our expectations while side-stepping fan theories is not one of them. By acknowledging that the Jedi Order was plagued by “hypocrisy, hubris,” Johnson’s film theoretically freed the franchise to move into new territory that didn’t rely on hero worship and institutions that the 40-year-old franchise had grown beyond. Abrams has instead instituted a “return to normalcy” that recalibrates the finale’s focus on familiar yet effective construction rather than challenging its audience. In other words, it’s Lucasfilm’s attempt to provide what the studio believes audiences are clamoring for.

The emotional highs of The Rise of Skywalker are undoubtedly fantastic as it attempts to convey that you can choose your own destiny and that there are things more powerful than blood. It is often a swashbuckling adventure film that sparks the kid inside of you as it delivers a series of big movie moments ripe for broad appeal. The dynamic between Rey (Daisy Ridley) and Kylo Ren/Ben Solo (Adam Driver) is the foundational support beam of the film, and the sequel trilogy as a whole, as it delivers the emotional stakes fans want. Both characters straddle the line between light and dark and represent both the best and the worst of the Force while exhibiting how the two can be interchangeable at times. Through them, we understand how easily power, whether wielded with noble intentions or not, can yield unintended consequences that alter who you are.

The Rise of Skywalker entertains, it elicits laughters, and it makes you feel even as you snicker at some predictably basic and occasionally nonsensical story decisions. It delivers a succession of payoffs, some of which are earned, some of which are not, and some of which are simply disappointing retcons. It does not necessarily make you think as its thematic punching power belongs in a lighter weight class than some of its franchise predecessors.

Which side of the spectrum do the majority of Star Wars fans want to plant their flag? Those who hated The Last Jedi will find its opposite in Skywalker (the Force must be balanced), and yet the two films are ironically inseparable—juxtapositions of one another that inspire intense fandom that exist in conflicting directions. Is it the duty of a studio and filmmaker to cater to those who critique or those who worship? Both? Neither? As an imperfect product, The Rise of Skywalker can’t offer a definitive answer. The court of public opinion is never adjourned. But if we had to venture a guess, the final entry in the Skywalker saga will do what all movies do—inspire both love and hate. At the end of the day, what fans really want most is something to talk about. 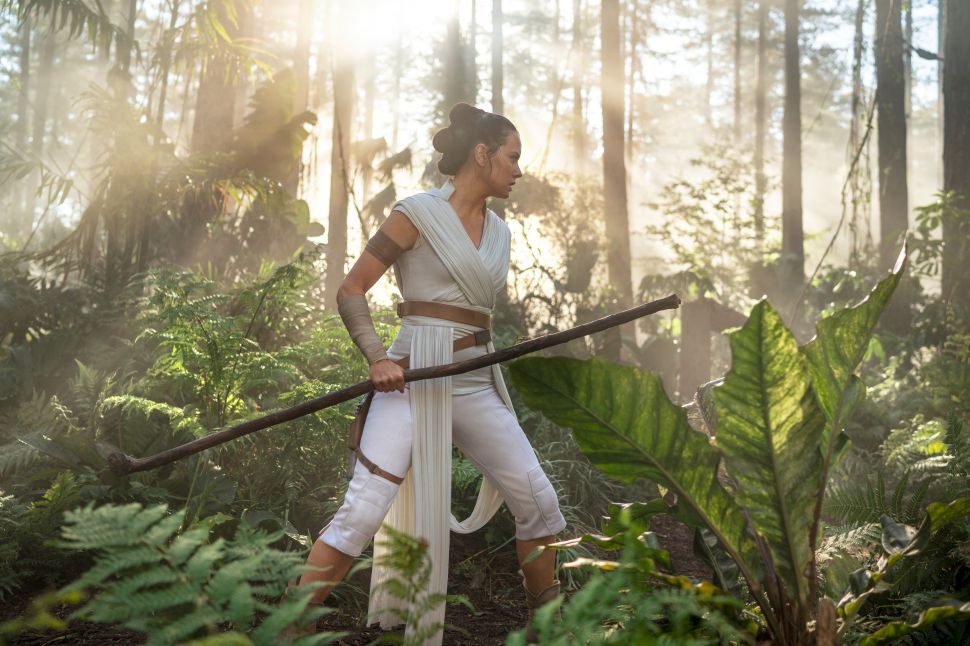