Tesla’s new all-electric pickup, the Cybertruck, has garnered overwhelming interest since its dramatic debut last month. According to Tesla CEO Elon Musk, as of the end of November, Tesla had received over 250,000 reservations for the Cybertruck, which aren’t expected to go into production until late 2021.

But a consumer survey conducted during the Cybertruck’s opening month showed that the majority of people aren’t so thrilled about Tesla’s newest steel machine, particularly its look.

According to a poll of 21,143 American consumers by market research firm PiplSay in November, 71% of respondents had either a negative or indifferent reaction to the Cybertruck, with one in 10 respondents saying they can’t relate to the vehicle at all and definitely wouldn’t consider buying.

About 29% of respondents gave a thumbs up to the Cybertruck, saying its looks “cool” and “futuristic,” and 9% of respondents believed the electric pickup would “usher in a new era of automobile design.”

One of the main issues seems to be the Cybertruck’s size. When asked if a smaller version of the Cybertruck would excite them (as suggested by Musk in a November 24 tweet), 46% of respondents said “a quick yes.” Eighteen percent of this group said they would also prefer a different design.

The Cybertruck is about 19 feet long, 6.7 feet wide and 6.25 feet tall, with seating for six adults. It’s actually within the range of most pickup models on the market, including the popular Ford F-150.

On a Saturday earlier this month, Musk drove a Cybertruck to a restaurant in Malibu, California for a dinner with friends. He had the valet leave the shiny truck in front of the restaurant so that everyone could get a close look.

Later that night, while exiting the restaurant parking lot, Musk accidentally hit and crushed a traffic cone. Maybe it is a bit too big. 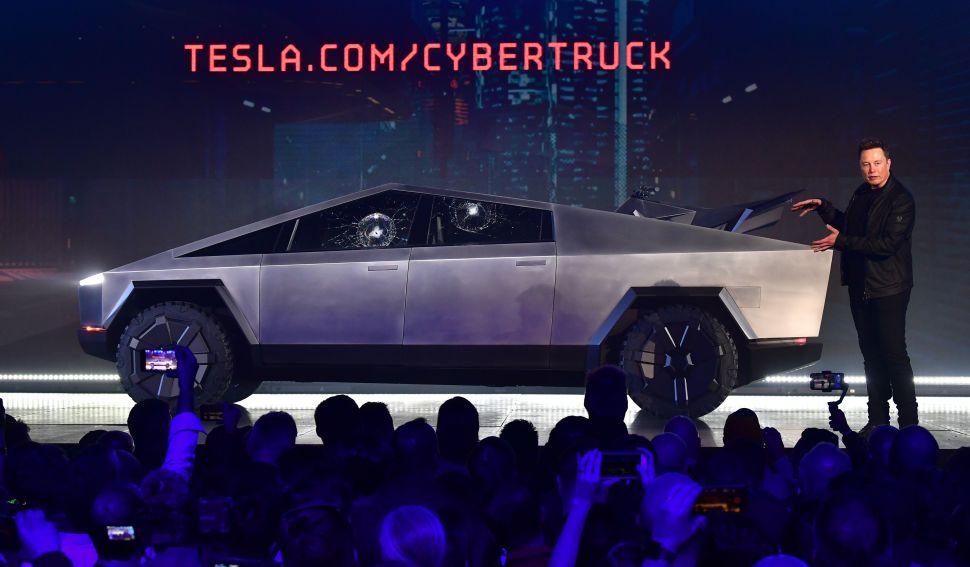