With its stock at a record high and the newest Cybertruck getting mounting pre-orders, Tesla seems to be living its best life toward the end of 2019. But for Tesla employees, that momentum means overtime and extra responsibilities, including driving cars to customers’ homes.

According to a leaked internal email obtained by Business Insider on Thursday, Tesla’s delivery department is “facing a significant shortage of volunteers” for the final weeks of the year.

SEE ALSO: Here’s What the Future of Electric Vehicles Looks Like

“If you are able to help, please sign up,” Bert Bruggeman, Tesla’s head of manufacturing, wrote to employees in the email.

The pressure apparently came from the top. According to another leaked email earlier this month, Tesla CEO Elon Musk had made delivering cars to customers and increasing solar product installation rate the two top priorities before the year ends.

This isn’t the first time Tesla has turned to extra labor to fulfill period-end orders. Six months ago, before the end of Tesla’s second fiscal quarter, a group of loyal Tesla customers formed a global special task force to help the company sell as many cars as possible to meet its quarterly sales target.

Last quarter, Tesla delivered a record 97,000 vehicles globally. The company has said it expects to deliver between 360,000 and 400,000 vehicles for the full year, meaning that Tesla will have to deliver 105,000 cars in the fourth quarter ending December 31.

Best place to put your donuts is in the Frunk @tesla pic.twitter.com/D7Gw8lJ7vF 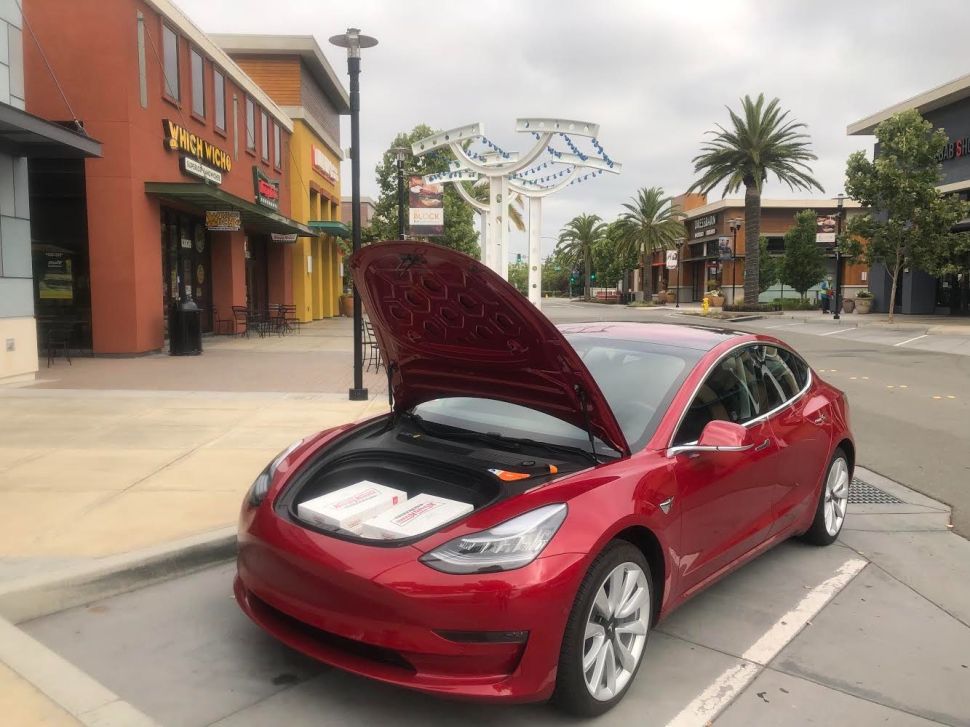