Once upon a time, electric vehicle billionaire Elon Musk was seen as a man who knew little about cars, his mother, dietician and former supermodel Maye Musk, revealed in a rare photo of her son from over two decades ago.

“#1995 and people said you knew nothing about cars,” Maye Musk tweeted this week and tagged her entrepreneur son, who was 24 years old in the picture.

“Couldn’t afford to pay for repairs, so I fixed almost everything on that car from parts in the junkyard,” Elon Musk, now twice the age, commented under the old photo. He then alluded to the recent window glass incident at Tesla’s Cybertruck launch event, writing, “Ironically, that’s me replacing broken side window glass. The circle is complete lol.”

The car in the photo was confirmed to be Elon Musk’s very first car, a 1978 BMW 320i, for which he paid $1,400 in 1994 shortly before he enrolled at Stanford University to begin his doctoral study in applied physics and material sciences, CNBC reported in 2017.

The Tesla CEO owned the car for two years until a wheel fell off when he leased the car to an intern at his first company, Zip2.

Thanks to the success of Zip2 (the startup was acquired by Compaq for $340 million in 1999), Elon Musk soon upgraded to a McLaren F1, which he wrecked in 2000 during a drive with his future PayPal co-founder Peter Thiel.

“Peter said, ‘So what can this do?’ and like probably No. 1 on the list of famous last words, I said, ‘Watch this,'” Elon Musk said in a 2012 interview with PandoDaily. “So I floored it and did a lane change on Sand Hill. We hit an embankment, like a 45-degree embankment on Sand Hill, which tossed the car into the air like a discus, and it kept rotating with about three-foot of air clearance.” 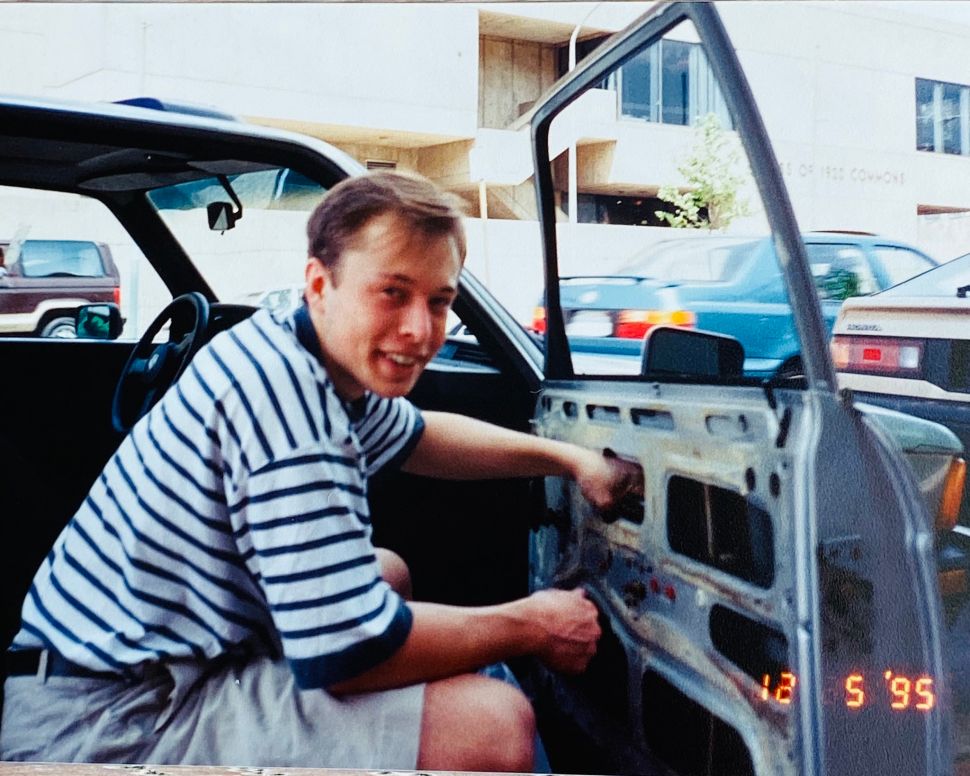