Art Basel Miami Beach, besides being known as a global focal point for status-seekers and rabid collectors, is also notorious for attracting all manner of mesmerizing celebrity attendees. On Thursday, Observer overheard whispers that Leonardo DiCaprio had been spotted somewhere around the convention center, and later that evening, none other than hotshot DJ Diplo showed up at the unveiling of fashion designer Thom Browne’s first public sculpture, a towering and textured palm tree straightforwardly titled Palm Tree 1. Diplo was resplendent in a cowboy hat, and Browne was decked out in a sharply tailored jacket and shorts that adhered with his New England boarding school aesthetic.

Browne, a favorite of Michelle Obama and who is known for his role in the extremely recognizable Brooks Brothers aesthetic, is used to the experience of working in the public eye, but making sculpture as opposed to garments presents different challenges. Observer asked Browne how it felt to be creatively vulnerable in a new way. “I did question whether or not I wanted to actually subject myself to it, but I feel really strongly about the work that I do, so if I didn’t, I wouldn’t,” Browne said. Palm Tree 1 is a continuation of his love of Americana. “When you think of the American Dream, you always think of vacations and you think of people going down to Florida,” Browne continued. “For me, it was about site-specifically designing something that would tell that story by telling it in a way that sometimes, it’s not as cheery as you think it is.”

Next, Observer stopped by Laundromat Art Space for the first solo exhibition from multidisciplinary artist, stripper and sex worker Zara Moon. “I wanted this show to be less about medium and more about identity, and my identity as a sex worker,” Moon said. Moon practices in several different artistic methods, including monotype printmaking, figure drawing and found-item art, and some of her work reckons with an abortion she had at 19. “When I got to California, I realized that it was OK for me to choose that identity, because there are so many other sex workers,” she continued. “I found a community that I could bond with, and we could lift each other.”

As the night continued, Moon generously performed a deeply impressive pole dance for a small, rapt audience as a soundtrack of trap hits played in the background and her friends happily sipped tequila. Her exhibition felt like Art Basel had been distilled to its most essential elements. 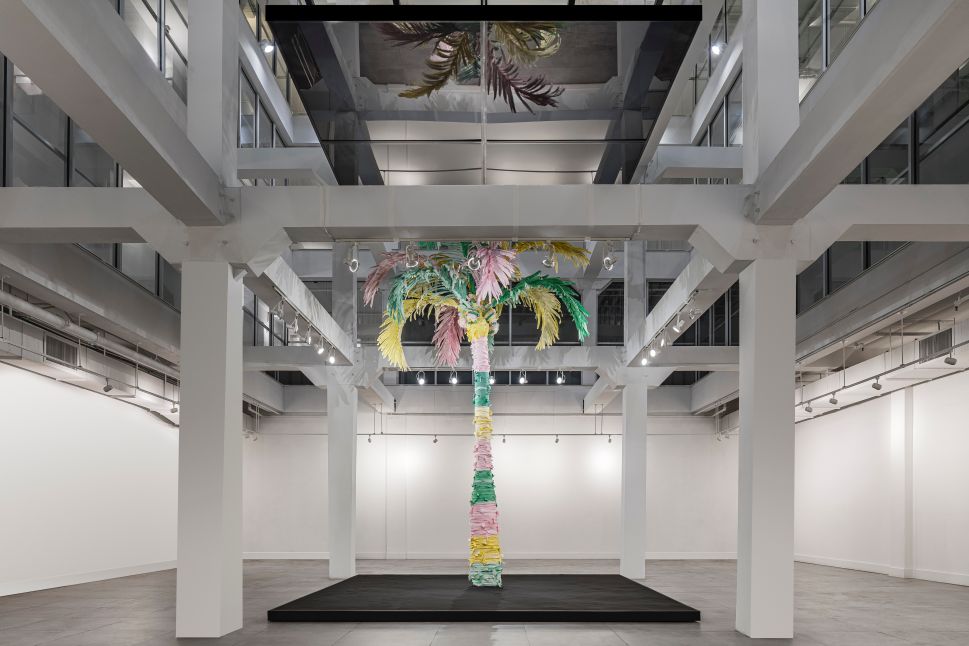