Iconic American jewelry house Tiffany & Co. recently made itself look like the true crown jewel of luxury retail after the world’s largest luxury group, France’s LVMH, offered to buy its business for $16.2 billion in an all-cash deal. But its latest financial figures don’t look as good as investors had expected.

On Thursday, Tiffany reported third-quarter results that fell short of Wall Street expectations on both top and bottom lines. Sales for the quarter ending October 31 netted $1.015 billion, unchanged from a year ago but below analysts’ estimate of $1.037 billion. Earnings per share also missed the expected $0.85 at just $0.65, due to a 17% decline in net income ($78 million) from last year.

SEE ALSO: Despite Losing Karl Lagerfeld, Chanel Is Winning From a Side Hustle

Same-store sales, a crucial parameter for retail companies, remained unchanged from a year ago, while analysts were expecting a 1.4% gain.

The luxury jeweler said the third-quarter bottom line was largely weighed down by the months-long political unrest in Hong Kong, its fourth largest market where the company operates 13 stores. Sales performance reflected “significant disruptions in Hong Kong beginning earlier this year and mixed performance in other markets in the region,” Tiffany said in a press release. Excluding Hong Kong, worldwide sales increased 4% from last year, and sales at stores open for longer than a year grew 3%, the company said.

Tiffany closed the second quarter (which ended July 31) with results that topped analyst expectations, but it clearly underestimated the impact of the then already brewing political movement in Hong Kong, a special administrative region under the People’s Republic of China that runs on its own political system.

This year, in response to Beijing’s tightening control over Hong Kong’s autonomy, pro-democracy groups in the region organized various efforts to protest, with the first major anti-government demonstration erupting on June 12. The unrest has since been escalating for months, seriously disrupting commercial activities in the area.

In an ironic contrast, mainland China adjacent to Hong Kong was Tiffany’s best-performing market in the third quarter, where CEO Alessandro Bogliolo said sales saw a “double-digit growth” that helped offset the slump in Hong Kong—as well as its home market in the U.S.

“Our underlying business remains healthy with sales attributed to local customers on a global basis growing in the third quarter,” Bogliolo said in a statement on Thursday, “led by strong double-digit growth in the Chinese Mainland offset in part by softness in domestic sales in the Americas.”

The quarterly report came out just a week after LVMH agreed to acquire Tiffany for $135 a share (stock is currently trading at $133), valuing the company at $16.2 billion. The transaction is expected to close in mid-2020, subject to regulatory and Tiffany shareholders’ approval.

Tiffany operates more than 400 stores globally. Its flagship New York City store on the Fifth Avenue in Manhattan alone accounts for 10% of its annual global sales. 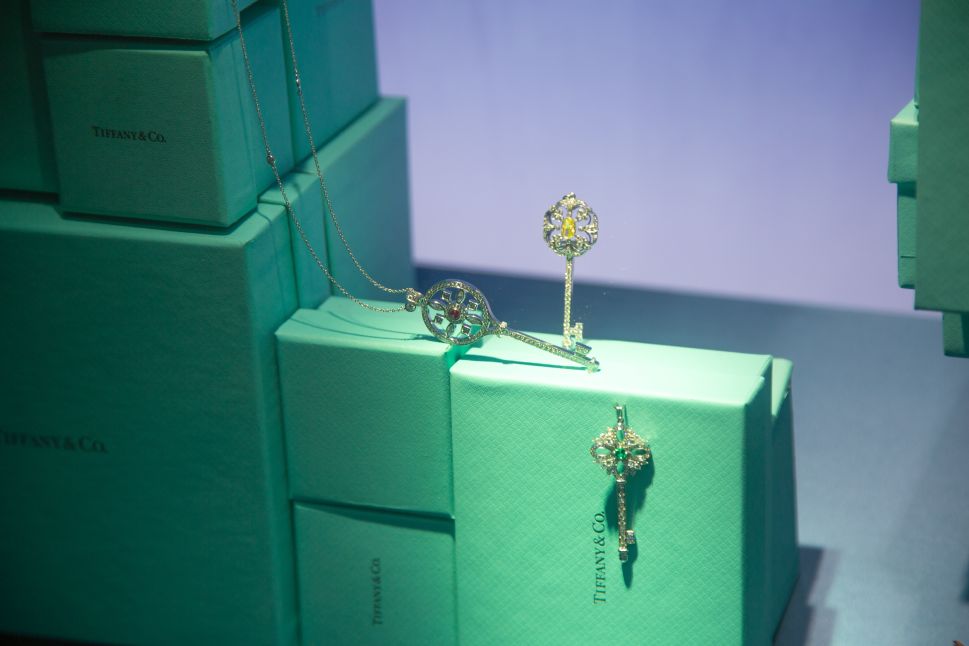