Considering the ongoing barrage of true crime podcasts, there is a place for Truth Be Told, a television crime drama that follows a podcast host as she tries to prove a man’s innocence. On paper, the Apple TV+ series has the definite potential to be a hit—not only because of its premise, but its cast and creator as well. And its cliffhangers are deployed in a way that’s perfect for urgent viewing. But, as with a number of Apple TV+’s offerings so far, it doesn’t take long for Truth Be Told to fizzle into disarray.

As a crime journalist, Poppy Parnell (Octavia Spencer) covered the murder of Chuck Buhrman, a famous professor who was killed as his wife and twin daughters slept. At 16 years old, Warren Cave (played in his later years by Aaron Paul) was tried as an adult and convicted of the murder; Poppy’s writing helped skew public opinion against him. Now, 19 years on, new (but not especially strong) evidence suggests that a vital witness may have been coerced into her testimony against Warren. This quickly makes Poppy believe in his innocence—it’s unclear why she switches her tune so fast—and she decides to reinvestigate the case through her podcast.

The obvious comparison is to the podcast Serial, but the Apple series is actually based on Kathleen Barber’s fictional book of the same name. It’s less true crime in nature and more twisty melodrama that could have worked—especially in the hands of The Good Wife writer Nichelle Tramble Spellman. However, much of the show lacks the skills necessary to create a smartly constructed soapy thriller. Truth Be Told seems to understand the basic frame and mechanisms of the genre but it deploys them messily and rapidly, piling on so much that nothing stands out enough to stick.

Throughout the first four episodes, Truth Be Told introduces a number of characters and background information—so much of it that you’re soon overwhelmed. Poppy meets Warren in prison and learns that he’s a snarling, angry member of the Aryan Brotherhood, complete with the tattoos. The idea, presumably, is to show how much prison has changed this possibly-innocent teenager and to show what it took for him to survive the past two decades. But we’d have to know more about who he was before in order for that to work. When Warren begins to have trouble in prison due to his newfound popularity through Poppy’s podcast, it doesn’t land—nor do the spoiler-y reveals surrounding his family life. (Poppy also meets Warren’s mother, Melanie, who is dying and wants to see her son out of prison before her own death, and contacts his father, Owen, the chief of police who unsurprisingly becomes an eventual suspect.)

Two other key characters are the Buhrman twin daughters, Lanie and Josie (both played by Lizzy Caplan), who are estranged from and wary of each other. Both still struggle with the death of their father: Lanie chain-smokes, scowls, and desperately wants Poppy to stop investigating, while Josie runs away from the family, dyes her hair blonde, and hilariously adopts a British accent. There are numerous mysterious references to their past together—notably, how one is scared of the other because of a childhood incident—and the time they spend in each other’s company is suffocating with tension. But the characters feel beamed in from a soap opera: a substantial fight between the two is unintentionally funny; a later moment meant to be cathartic is even funnier.

Poppy’s family exists mainly in brief sketches: her wealthy husband, Ingram (Michael Beach), wants Poppy to stop the investigation for both of their sakes; her father, Shreve (Ron Cephas Jones), has a shady past and a contentious relationship with his daughter, and her two sisters (Tracie Thoms, Haneefah Wood) spend most of their time just as frustrated with Poppy as everyone else.

Poppy hounds her leads, invades the privacy of numerous people, and pisses off just about everyone. This is especially true of her family, who feel the ripple effects of Poppy’s obsessive quest for the truth—some more devastating than others—and they don’t even understand her motives. Unfortunately, neither do we, which makes Truth Be Told frustrating to watch at times. Sure, she harbors some guilt about the articles she wrote during the trial, but there has to be something else that’s been nagging at her. Without knowing, there is no real reason to care about her journey.

Truth Be Told doesn’t appear to know what approach it wants to take. Squint and you can tell that it wants to say something lofty about race (through Poppy and Warren), about class (through Poppy and her family), about the bonds and limits of family (through the Buhrman daughters), and so on, but as of now, it’s unclear what exactly it’s actually saying. It’s especially weird that so much basic information is missing, considering how much Truth Be Told explains in expository fashion. Few things are hinted at, which is unfair to the actors who forgo the subtleties and are instead frequently tasked with stating exactly what they’re thinking and how they’re feeling. This is most obnoxious when it comes to Poppy’s ex Markus (Mekhi Phifer)—their past relationship is mentioned over and over, almost every single time they talk, just in case you had forgotten

With a stacked cast and a premise that gives way to a wealth of ideas, Truth Be Told could have been a solid story about many things: wrongful convictions, the justice system, the power and pitfalls of journalism, the transformation of an innocent youth, how obsessions can break you apart, etc. However, Truth Be Told doesn’t work—perhaps it gets better after the first four episodes, but that seems like a stretch—and instead it’s the rare crime mystery where I don’t care about getting to the end. 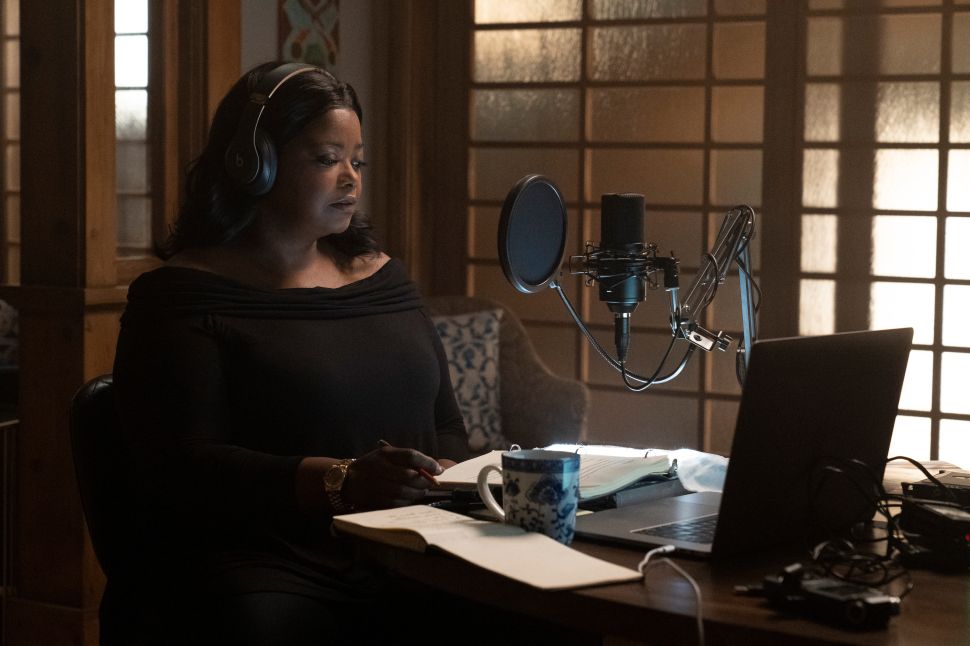