Berkshire Hathaway chairman Warren Buffett has a record pile of cash, a whopping $128 billion, sitting in the investment firm’s $700 billion money chest—with which the 89-year-old investing legend has said he’s looking to fund an “elephant-sized acquisition.”

Buffett found his first target about two weeks ago. As first reported by CNBC, Berkshire Hathaway drafted a $5 billion offer, or $140 per share, to acquire Tech Data Corp., a Florida-based publicly traded company that distributes softwares and IT services for global tech companies, notably Apple, Google, IBM and Microsoft.

But Buffett was outbid at the last minute by private equity firm Apollo Global Management, who offered $145 per share.

Engaging in a takeover bidding war is highly unusual for Buffett, noticed those familiar with his business style.

“Buffett rarely goes up against private equity companies and doesn’t like to get into bidding wars,” said CNBC anchor Becky Quick, who frequently interviews Buffett on camera. “But it shows how he is going further afield trying to deploy the large stash of cash he has on hand.”

Per CNBC, the acquisition race started with Apollo offering $130 apiece for Tech Data’s outstanding shares. Bank of America then brought Buffett’s attention to the opportunity through one of his lieutenants who’s knowledgeable about Tech Data’s line of business. Buffett reportedly made up his mind within hours and put the $140 offer on the table.

Apollo then raised its bid to $145, which Tech Data accepted. The deal would value the company at $5.14 billion, excluding debt.

There’s lingering speculations that Buffett may raise his offer again. After all, Berkshire Hathaway has historically shown advantages in acquisition wars because “certain companies [think] it’s a mark of honor to have Buffett want your company,” said CNBC’s senior markets commentator Mike Santoli.

“It is clear the market believes this could be a bidding war still. I strongly disagree,” Bram de Haas, founder of Starshot Capital B.V., a Netherlands-based wealth management firm, wrote in a commentary for market insights site Gurufocus.com.

“It is against Buffett’s long-time belief that you should never engage in a bidding war,” he explained. “I can’t see him throwing that practice out of the window, and certainly not for a $5 billion snack.” 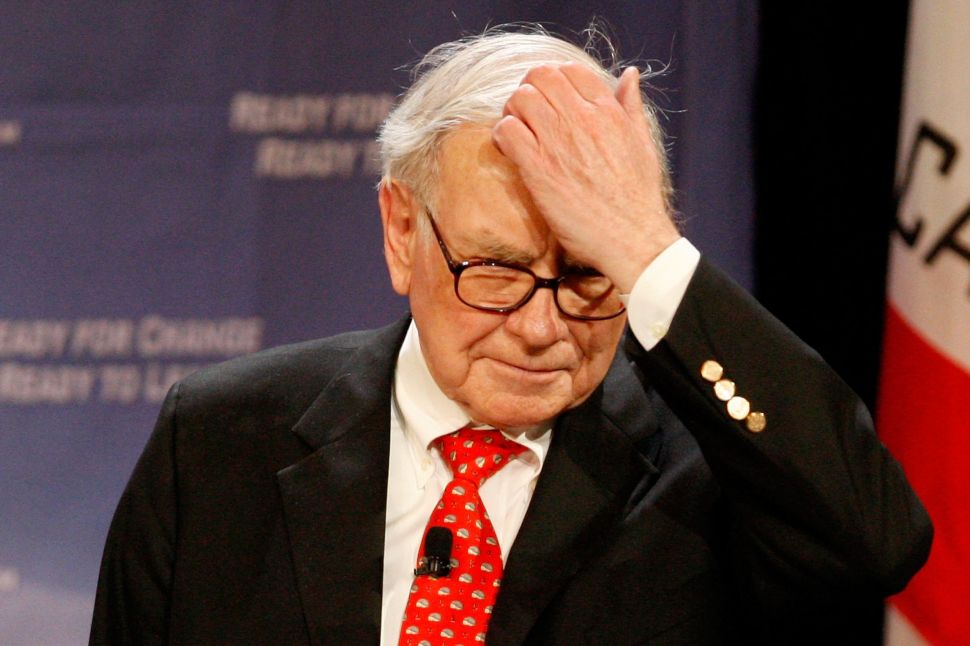