Last week, The Ringer’s Alison Herman astutely described the dynamic between Alan Moore and Dave Gibbons’ landmark 1980 graphic novel Watchmen and HBO’s nine-episode pseudo-sequel adaptation from Damon Lindelof. “Sometimes, the best way to pay tribute to one’s idols is by desecrating them,” she wrote. Truer words have not been produced in relation to Lindelof’s blasphemous, revisionist, and brilliant remix of its iconic source material. Tonight’s season finale, “See How They Fly,” brings both tales into one another’s orbit before jettisoning the original and propelling the new onward into a future freed from the past.

The finale’s title takes inspiration from The Beatles song “I Am the Walrus,” which plays over the closing credits. The obvious influence is John Lennon’s line “I am the egg man,” which speaks to the show’s suggestion that Doctor Manhattan (Yahya Abdul-Mateen II) has transferred his powers to Angela (Regina King) through that one unbroken egg. But “I Am the Walrus” is also three distinct songs stitched together, much like how Lindelof has performed surgery on the original Watchmen comic to create his new epic (though Lennon admitted to writing deliberately confusing lyrics to poke fun at critical analysis; oh well).

Through this season, Lindelof has been unafraid to co-opt the original’s iconography for his own purposes (Rorschach is now the Kalvary’s symbol of white supremacy) while rewriting its history, a nigh sacrilegious move considering Watchmen‘s storied place in comic book lore that nonetheless feels even more necessary in retrospect. One of the best examples of this is Lindelof’s decision to reveal that Hooded Justice, the first-ever masked vigilante who influenced the early costumed heroes of the 1930s, was actually Angela’s African American grandfather William Reeves (portrayed by Louis Gossett Jr. in the current timeline). This revelation, delivered with hauntingly beautiful grace in the season’s sixth episode pinnacle “This Extraordinary Being,” helped re-wire the original Watchmen‘s Cold War trepidation into the show’s more modern tale about race and authority. That’s a perilous ambition to undertake on its own, made even bolder by the finale’s further dismissals of the past.

In every Watchmen iteration it is revealed that Adrian Veidt AKA Ozymandias (Jeremy Irons) secretly engineered the alien squid that attacked New York, killing three million people in an attempt to unite the world against a common enemy and avoid nuclear holocaust. Though Veidt asks Doctor Manhattan in the comic if he “did the right thing in the end,” readers are left with the belief that he is secure in his choices and content to live out the rest of his days in relative peace. Yet the show delivers us a restless Veidt—not a total surprise given that he is hubris in human form—desperate to escape his Europan paradise and return to the Earth that he “saved.” In the end, his greatest disappointment in humanity is its complete lack of interest in him. In a perverse way, Blake’s decision to arrest him may finally provide him with what he always wanted—acknowledgement—while undoing the global unification he created. Lindelof’s subversion of the original packs potentially game-changing implications for Season 2 that play with the idea of legacy versus desire.

Adrian believes that masks make men cruel and the original text stands in support of that idea more or less. But Will Reeves believes that masks are just an unsuccessful attempt at covering up fear and hurt, and “you can’t heal wounds without air.” In contrast to the original’s timelessly appropriate nihilism and cynicism, Lindelof has crafted something more optimistic, though nonetheless bleak. That extends to the finale’s biggest choice to kill Doctor Manhattan.

The blue god looms largest of any figure in the Watchmen universe; an omnipotent being capable of anything and held back only by his own apathy and disillusionment. “I am in every moment we were together all at once” Manhattan tells Angela right before his death. At his end, he is most like his human cover identity Cal, a man who leads with his heart, for no matter how far we go to find our destiny, it’s no further away than what’s inside of us and those we love. Again, this is a more hopeful and humanistic take on Watchmen canon, yet is still shrouded in tragedy. By killing Manhattan—and it’s unlikely Abdul-Mateen could reprise the role in Season 2 given his increasingly busy schedule—Watchmen is firmly shutting the door on its past and stepping into Lindelof’s new, original world uncovered by the shadow of time.

“We are what they grow beyond,” Yoda tells Luke Skywalker while discussing the new generation in Star Wars: The Last Jedi. Similarly, Watchmen is a progression of its predecessor, an acknowledgment of its origin story that simultaneously disassembles it to build something new. As such, a potential second season has the opportunity to be even more disruptive as Lindelof has detonated major pillars of the original.

“Everything ends—for real this time,” reads the finale’s synopsis. How right you are. 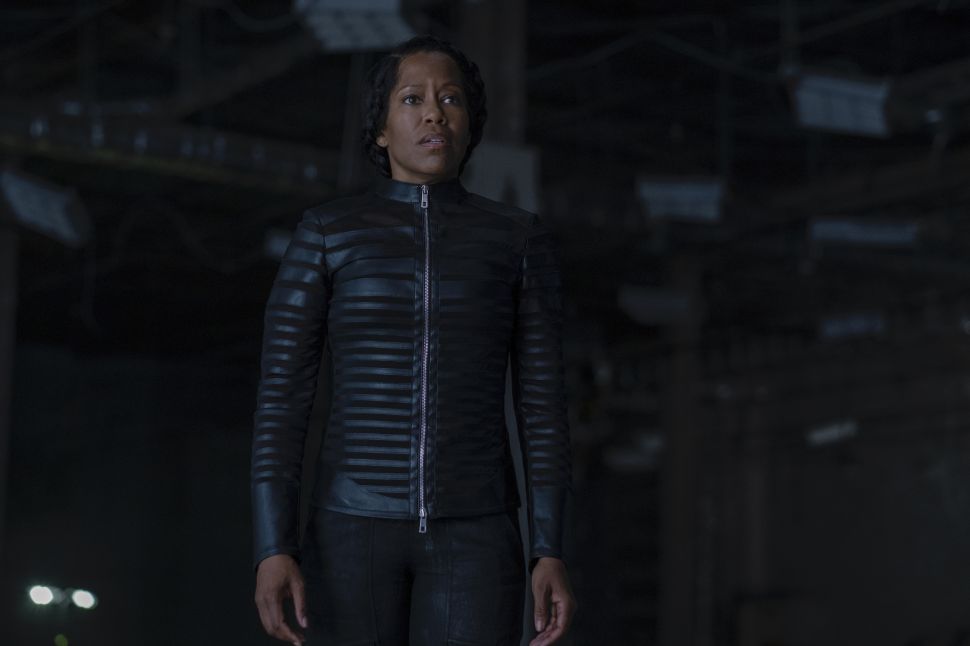