HBO’s Watchmen, one of the very best television series to debut in a long time, concluded its rookie season in beautiful fashion Sunday night. Somehow, creator Damon Lindelof managed to tie up loose ends, connect key elements of the source material to his newly realized vision, and tease a potential second season. As we work our way through the finale and all that it represents, it’s that last point that is generating the most scrutiny.

Watchmen may not be an explosive hit in the traditional live ratings, but when accounting for delayed viewership across all platforms, around 7 million people are tuning in to each episode. It’s HBO’s most-watched new series since Big Little Lies and premium cable’s most-watched new series of the year. We’d bet that HBO would like to see more, especially as it beefs up its development slate under AT&T. But Lindelof is less than certain about the show’s future and his connection to it.

“I don’t know. That’s the answer,” he told Deadline when asked if this was the end of the series. “All I can say is I’ve consistently believed and still believe that these nine episodes are a complete story with a beginning, middle, and end. I have to acknowledge that not everyone’s going to see it that way, and I definitely don’t dispute any opinion that’s sort of like there should be more. I just don’t feel compelled to continue the story without a reason to do so. That reason should be a creative reason, idea-driven, and I don’t have any ideas for subsequent seasons of Watchmen currently.”

The outlet notes that the finale includes teases toward a potential future including the question of whether Angela (Regina King) absorbed Doctor Manhattan’s (Yahya Abdul-Mateen II) vast powers and the likely fallout of Adrian Veidt (Jeremy Irons) being arrested. Both represent intriguing threads that would induce far-reaching implications for the narrative. Angela would have to come into her own as the sole super-powered being in the world and the squid attack of 11-2 and the subsequent cover-up would be revealed to the world. But Lindelof chalks those set-ups more to conventional TV storytelling than any concrete foundations for Season 2.

“The story could continue if any of the characters are alive or if the world is continuing,” he said. “That doesn’t mean that it should. I mean is it a compelling television show to see Adrian in prison after we just watched a season of Adrian Veidt in a much more interesting prison? I don’t know. I’m just saying I don’t disagree with your opinion that it certainly could continue. I just don’t know how to continue it at this moment in time.”

As the creator later explains, he put all of the ideas he had into this season and doesn’t necessarily believe he’ll come up with a story that justifies a continuation. Lindelof is quick to praise his writers room and original comic creators Alan Moore and Dave Gibbons for birthing this successful remix of Watchmen canon. But he acknowledges that Watchmen was more about the journey than the destination, whether that be Sunday night’s finale or another finale in the future. Ultimately, exploring appropriation and examining superheroes through a real-world lens was the goal of the show. To that, we say mission accomplished. 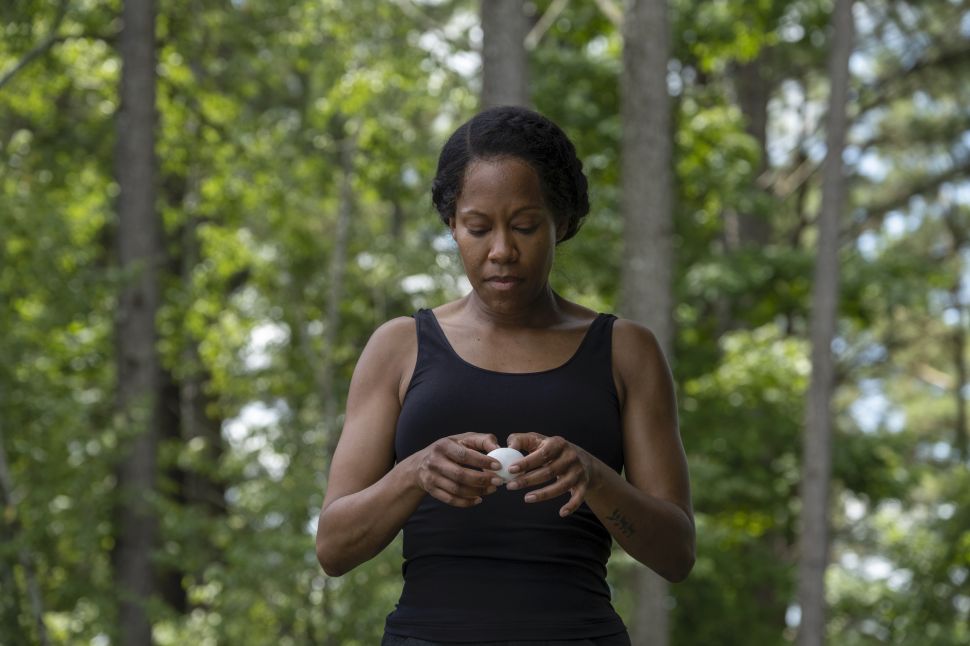