HBO’s Watchmen, which concluded its nine-episode run in beautiful fashion last Sunday, is one of the very best television series to air in 2019. The show has been applauded by critics as it lays squatter’s rights on endless year-end Best Of lists while also proving to be a strong hit in overall ratings. Yet despite the critical and commercial success, creator Damon Lindelof maintains that a second season may not be in the cards. But one person close to the show who is willing to jump in should inspiration strike is star Regina King.

SEE ALSO: HBO Is Keeping ‘Succession’ Creator Around With a Big New Deal

Season 1 concluded with ample teases ripe for follow ups, most notably with King’s protagonist Angela Abar. In the season finale, it is implied that she has absorbed the power of Doctor Manhattan (Yahya Abdul-Mateen II). However, King admits that she and Lindelof did not discuss Angela’s potential future or how she might wield those godly abilities.

Another dangling plot thread teased out in the Watchmen finale is the fate of Adrian Veidt (Jeremy Irons), who was arrested by Laurie Blake (Jean Smart) and Wade (Tim Blake Nelson) for his crimes dating back to the original graphic novel. Laurie and Wade intend to haul him up on charges and expose the global conspiracy he concocted (which reaches all the way to President Robert Redford) in the process. The fallout of such a reveal would undoubtedly thrust the Watchmen world into intriguing chaos.

But Lindelof didn’t appear overly interested in those directions when discussing it with Deadline, saying: “I mean is it a compelling television show to see Adrian in prison after we just watched a season of Adrian Veidt in a much more interesting prison? I don’t know.”

Here’s to hoping the showrunner finds his muse so that King and company can return to one of TV’s most affecting new dramas. 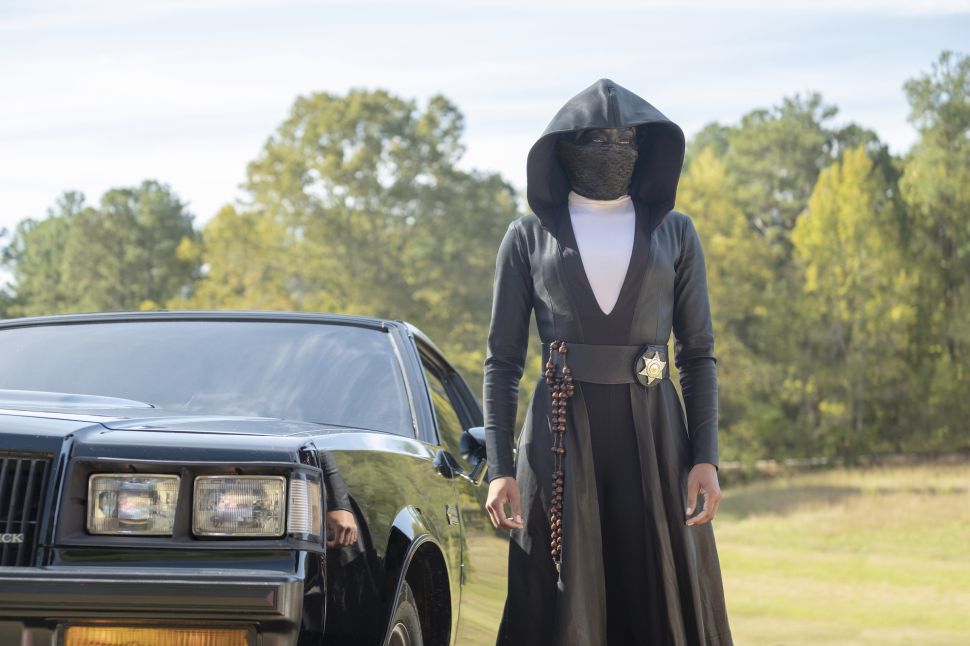