After laying off thousands of employees, WeWork is ready for the next phase of its fat trimming strategy in order to turn the company around. This week, the struggling startup is beginning to either shutter or sell off the pile of companies it hastily bought in recent years, starting with software provider Conductor.

The We Company sold the company, which it bought for $126 million just last year, back to co-founder Seth Besmertnik, whose ties to WeWork include being ousted CEO Adam Neumann’s college classmate. Terms of the deal were not disclosed, but the Conductor employees staying on will receive refreshed stock options and board votes in the newly-independent company.

SEE ALSO: Google Snub Means WeWork May Be Caught in a Death Spiral

“This will ensure, in the long term, the company is always acting in the best interest of all the shareholders and that the employees have access to information about how we’re running the company,” Besmertnik said of the decision, which comes after a rough year of unstable ownership by WeWork.

Another part of the plan appears to be The We Company’s swift move to shut down Spacious, the restaurant-slash-co-working startup that competed with WeWork until WeWork bought it out for $42.5 million just this past August. The shutdown of Spacious, which turned empty restaurants into temporary work spaces, is also accompanied by an investigation into the acquisition by the Securities and Exchange Commission (SEC) to probe Spacious’ finances.

According to Recode, the startup informed customers with an email sent out on Thursday, stating: “As part of WeWork’s renewed focus on its core workspace business, Spacious will close its doors on December 31, 2019. We regret any disruption that this may cause to you or your business.”

The subsidiary flash sales are vital for new owner SoftBank to get the real estate startup back on track. Last month, executive chairman Marcelo Claure promised remaining employees that they’ll aim to achieve positive free cash flow by 2023, as well as becoming adjusted EBITDA (earnings before interest, taxes, depreciation and amortization) positive by 2021.

And the WeWork stoop sale isn’t over yet. The company is also offering Managed by Q, a workplace task management service, back to its original owner who’s “actively” trying to buy it back. That acquisition was completed for a reported $220 million in April 2019, just months before WeWork’s eventual nightmare of a non-IPO. 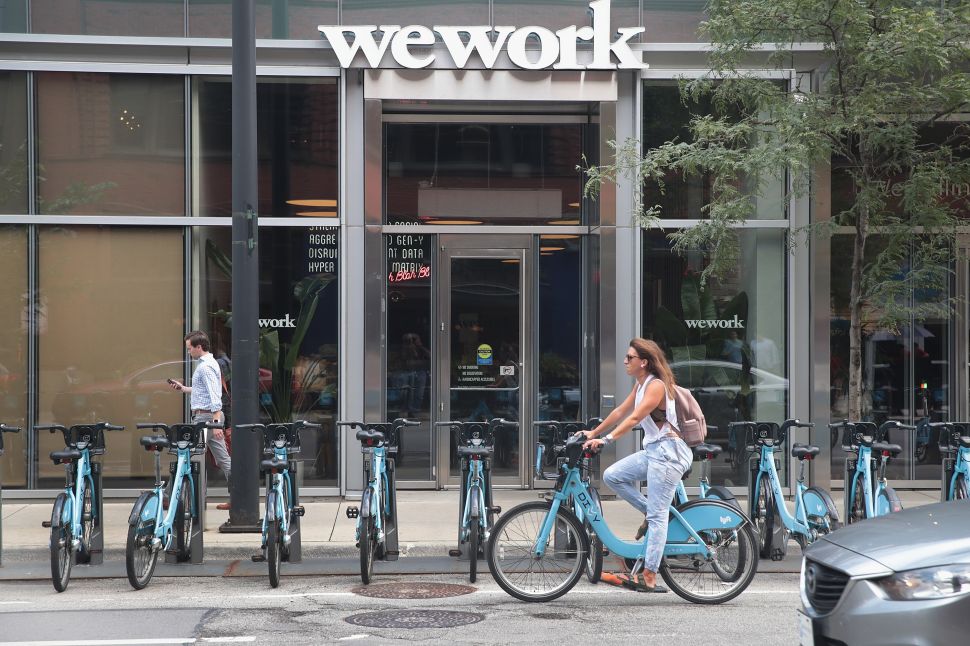