Twenty years ago, people completely lost their shizzle. Why? Because Y2K was just around the corner. To backtrack: On January 1, 2000, the Y2K bug was predicted to dismantle our functioning society as we knew it.

Jumping back to this foreboding era, apparently, there was a date glitch in computer systems. The Y2K bug would take effect when the date transitioned from 1999 to 2000. What did this mean? Many computer programs only allowed two digits for the year (i.e. “99” instead of “1999”). As far as older computers were concerned, it would be 1900, not 2000.

Thus, there was immense panic that computers weren’t apt enough to roll over to four digits for the new year. Therefore, computers wouldn’t be able to operate once the new millennium went into effect.

To put it into perspective, this was back in the ancient days of tech, when human couriers, such as Johnny Mnemonic, could only carry 80 gigs of data in their head. (Apparently, this ’90s sci-fi classic didn’t foresee that advent of flash drives.)

Not to say this was overhyped, or a hoax, but the media prompted a nation of fear. People were actually freaking out. Mainstream news, such as 60 Minutes, did reports on it.

The Y2K bug was expected to result in bringing down entire computer system infrastructures, such as those for banking and power plants. Planes were expected to crash. ATM’s were to be rendered useless precisely at midnight. Food shortages were predicted to occur. Prison doors were feared to be unexpectedly opened. Nuclear missiles were to be launched on their own.

Oh yeah, there were also going to be mass riots. If you’ve seen any of the Mad Max movies, this dystopian eruption was expected to go down, where humans would then have to fight it out in an Octagon just for a loaf of bread.

The Y2K bug was labeled as a “date with disaster.” It also went by the moniker of the Millennium Bug and the Year 2000 Problem. And Y2K wasn’t cheap; it was estimated that the U.S. spent $195 billion preparing for Y2K.

Conspiracy theorist had a field day with the Y2K bug. Religious fanatics saw it as the end-of-days. So-called “experts” weighed in beforehand that the public was asleep, if they didn’t take precautions on the disaster that was supposed to be lurking around the corner.

A website was set up called: President’s Council on Year 2000 Conversion. A section on the X-Files-sounding site, answered: Year 2000 Rumors.

Rumors, such as whether or not the president was going to declare a national state of “martial law” for the Year 2000 transition, were quashed.

Need another example? Rumor: Most elevator computers and embedded systems will fail on January 1, 2000.

It was comforting to read that the answer to falling elevators at midnight was “false.”

The fear of the Y2K bug promoted an entire cottage industry for survivalists. The bottled industry particularly saw a surge in sales, as people stocked piled supplies and expected the grid to go completely down. Gun sales went up in preparation for all of the looting and marauding that was to take place on American streets. (See John Carpenter’s Escape from New York for further illustration on this.)

People would actually spend money to purchase such Y2K survival kits as seen in this video, because they literally thought the entire power grid was going to go down.

A slew of documentaries were also produced leading up to Y2K. Go on YouTube and have some fun with those. Leonard Nimoy hosted the Y2K Family Survival Guide. Yes, everything you and your loved ones needed to survive this tech-pocalyse could be found in this instructional and informative VHS video—as told to you by the man who played Mr. Spock on Star Trek.

Fast Company outlined a crop of Y2K survival books that also popped up during that era to help get us through techno-doomsday. (All, which, I’m sure, were thrown immediately into the bargain bin once the date turned January 1, 2000.) Y2K survival guides became an entire literary genre.

For the most part, all books associated with Y2K have fantastical covers that could only be found this side of Scientology. If you don’t believe me, look at the cover of the book: Y2K: It’s Already Too Late. 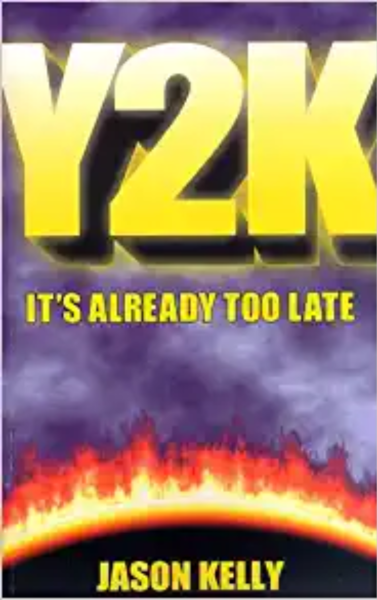 Seems like Dianetics would be the only thing that could save us from the Millennium Bug.

Also take a gander at: Time Bomb 2000: What the Year 2000 Computer Crisis Means to You! This gem, was not only a New York Times bestseller (in fact, there were several Y2K NYT bestsellers), but also raised all of the Y2K worst-case scenario possibilities—ranging from the collapse of the U.S. Postal Service to baseball being abandoned as America’s national pastime.

Not to say that Time Bomb 2000 is dated, but here’s the book’s description:

Not your phones, not the cash machine, not even your new VCR. All because of a short cut computer programmers took decades ago.

It’s the first book for everyone who wants to survive the Year 2000 computer crisis.

Another fav was the book: Millennium Meltdown: Spiritual and Practical Strategies to Survive Y2K. The cover of the book alone had me at “hello.” The target market for Millennium Meltdown was alarmists who had little-to-no knowledge of technology. 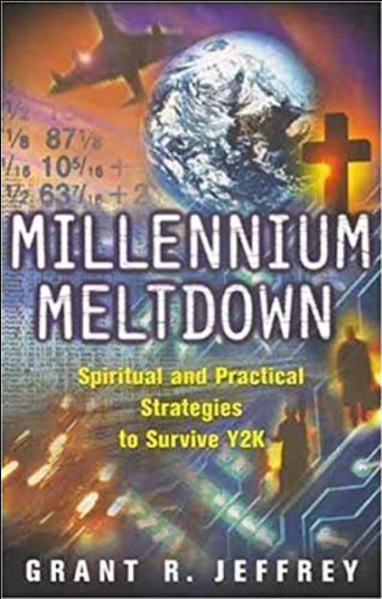 It is essential that we learn how to protect our family, our homes, and our finances from the approaching danger. This book will outline practical strategies to protect your family from the worst effects of the greatest technological crisis in our lifetime.

And let’s not forget the book, Y2K for Women. Yeah, why let Y2K be a man’s thing, when women could get involved as well? And, it was good to have a female perspective on the potential collapse of society. Y2K for Women also showed another angle on the Y2K hype—the religious perspective, which put the blame on heathens. The author was a Christian writer who provided tips, incited fear and linked it all to God’s judgment on us for being bad…

Finally, when technology was to crash, rioting would wreak havoc in the streets and ATMs were put to use as plant holders, one still had to eat and make delicious meals. That’s where The Y2K Survival Guide and Cookbook came into play. In summary:

An invaluable resource to prepare for any kind of disaster, be it Y2K or mother nature. It contains recipes and methods for cooking without a kitchen stove, information on buying and storing food, general supplies to have on hand, how to safely store , how to dispose wastes when power is out, how to heat and light your home without electricity.

In the end, Y2K was an overblown chapter in American tech history, and all that remained, in its wake, was a large amount of stockpiled bottles of , now-ironic video survival guides and an arms-length of book titles that harken back to that simpler time when Johnny Mnemonic could only hold 80 gigs in his head. 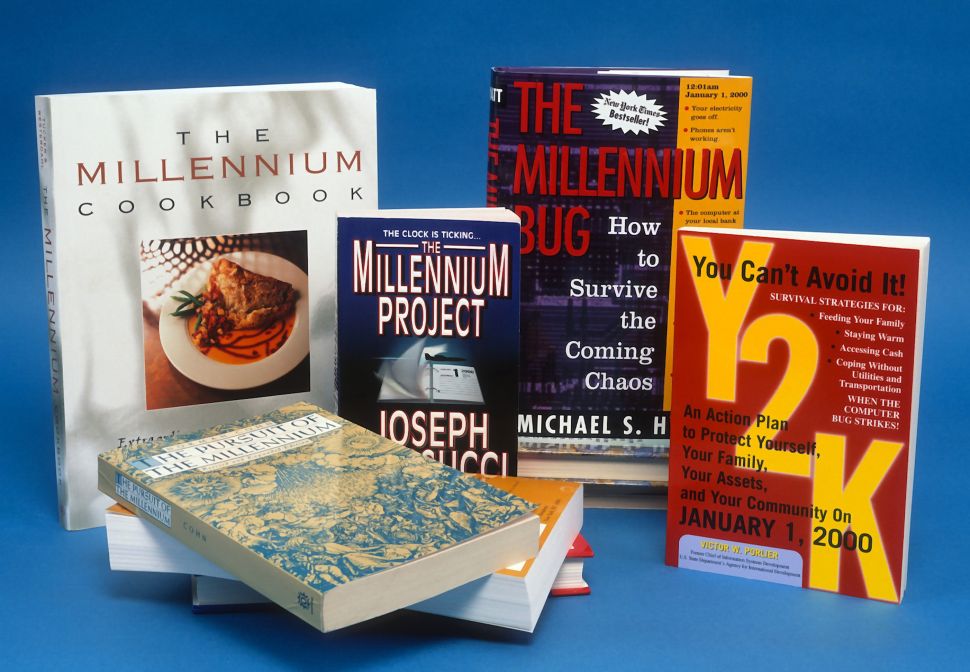