The first season of You, which originally premiered on Lifetime before finding a new life (and plenty more viewers) on Netflix, was a delightful surprise. The compulsively watchable thriller threw in twist after twist as it followed Joe (Penn Badgley, even better this time around) and his obsessive fixation on Beck (Elizabeth Lail), concluding with her murder. It wasn’t a show that necessarily needed a second season but, of course, we got one. (And it’s based on author Caroline Kepnes’ sequel Hidden Bodies.)

It isn’t Beck’s death that kicks Joe into to gear but rather the return of his other ex-girlfriend Candace (Ambyr Childers) who was presumed dead. When she shows up in New York, Joe moves—flees, really—to Los Angeles and settles down with a new identity. “This time will be different,” he declares early in the second season, and lays out some rules for his, uh, unique approach to love. He puts himself on a stalker’s version of moderation: don’t fixate on one person, don’t stalk them on social media, don’t get personally involved, limit his obsession to a few minutes a day, etc. Despite Joe’s promises to be different, he predictably ends up being virtually the same, mimicking the season as a whole. For all of Season 2’s differences—a new location, a new network, a new love interest—it often ends up feeling like nothing more than a rehash of the first.

In many ways, this does work: Joe isn’t someone who is just going to up and change his ways simply because he thinks he wants to. He’s dangerous—a literal serial killer—and it’s not something that goes away with a simple change of scenery. We know he’s going to fall into the same patterns; the question is about what is different once he gets there. There’s a reason why Dexter worked so well for many seasons, but there’s also a reason why it went downhill very, very quickly.

Joe, now going by “Will,” still has a job as a bookseller but this time at Anavrin (spell it backwards), an organic food market in Los Angeles. It’s here he meets Love (Victoria Pedretti, The Haunting of Hill House) and it’s obsession-at-first-sight. Fortunately, she is different than Beck: she’s more proactive and multi-dimensional; we learn more quickly of her past and her complicated family situation, which includes her drug-addicted twin brother, Forty (James Scully).

The twins have serious co-dependency issues, which means that Forty must aggressively invade Joe’s life as well, which complicates the relationship between all three. Because this is Los Angeles—”the worst place in the world and the last place I want to be”—it isn’t long before Joe is roped into working on a screenplay with Forty, which just so happens to be based on Beck’s posthumous memoir. (Season 2, by the way, delightfully skewers Los Angeles and its wellness-obsessed, perpetually “working on a screenplay” inhabitants, similar to the way it skewered New York and its aspiring novelists. It also means that pretentious, book nerd Joe has a tougher time fitting in, which means people can sometimes see through his bullshit a little more now.)

Season 1 excelled in showing the public persona of ultra-charming Joe contrasted with the dark, matter-of-fact and fucked up thoughts he has via his voiceover. In person, he’s frequently gentle, disarming, caring with the women he loves, while in his mind, he’s jealous, calculating, and violent—and his character is written in such a way that when this violent side ultimately comes out, it’s both horrifying and natural.

This contrast was the series’ greatest strength, and showing how these two sides coexisted—how they fed into each other, how he’s able to justify each action—became a rumination on the idea of the “nice guy” and the realities of male anger and violence. (It should be noted that You isn’t the only series to attempt this, but it feels both more accurate and more chilling in the hands of a woman showrunner, Sera Gamble.) Although the voiceovers continue, it doesn’t always work as well as it did in the first season—perhaps because we already know where it’s headed. Plus, Joe is unraveling more rapidly this time as he imagines seeing the ghost of Beck while also dealing with the very-alive Candace, and the number of people who are increasingly suspicious. His jumping through hoops to justify actions become increasingly desperate, and the body count here becomes harder to swallow. The childhood flashbacks provide a somewhat-clumsy attempt to further characterize Joe’s current life as an adult and the way he approaches women he believes need to be saved, but they’re too predictable and feel like they’re arriving too late in the game.

Season 2 is also packed to the brim with plot, some of which will feel very familiar. Once again, Joe self-appoints himself as protector to a young neighbor. This time, it’s Ellie (Jenna Ortega), whom he accurately describes as precocious more than once. She’s the film-obsessed daughter of his building manager, Delilah (Carmela Zumbado). Both women are in the orbit of Henderson (Chris D’elia), an obnoxious and famous comedian with a dark secret that puts Joe on edge. “Protecting” these women—whom he views as defenseless deer in dire need of his watchful eye—is another way Joe can justify the horrible shit that he does.

Then there’s the return of Candace, who is hellbent on seeking revenge and finds clever ways to do so. She’s the only person who knows what Joe is really like and what he’s really capable of, which makes her an incredibly welcome addition. You also uses her story to touch on how infuriating our policing system is when it comes to violence against women, and to look at how trauma infilitrates our bones and defines our actions, even subconsciously. I only wish there were more of that.

However, much of Season 2 of You, regardless of how endlessly entertaining it remains, is too predictable. It’s as soapy and ridiculous as its predecessor (and I do still admire how it effortlessly it sneaks in smart commentary while embracing the “guilty pleasure” genre) but it’s hard to be shocked by the twists when we’ve already seen them. Much of the first half of the season felt tiresome, a repetitive retelling with a brunette swapped in for a blonde. It builds more in the second half, as everything starts closing in on Joe, but that tension is almost always easily and frustratingly yanked away. As of now, You is still fun—I devoured it quickly, annoyed that I couldn’t yet text the group chat about it—and its ending easily sets up a Season 3. But there are only so many times Joe can worm his way out of an impossible situation before viewers stop caring. 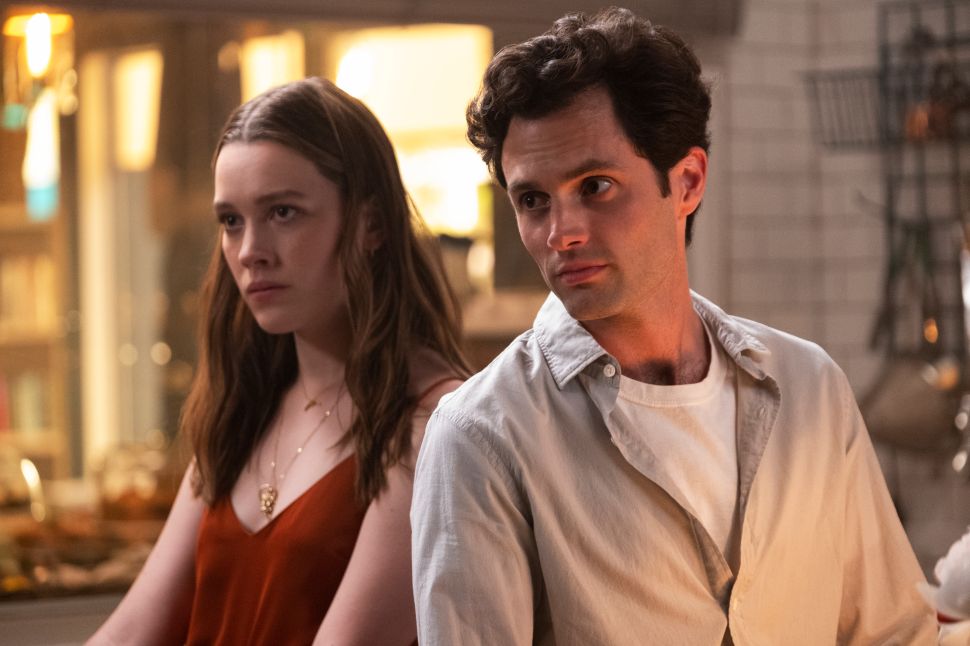