If there’s one thing that’s clear from “Envisioning 2001,”  a new exhibition about the making of 2001: A Space Odyssey that opens at the Museum of the Moving Image on January 18, it’s that Stanley Kubrick’s obsessive control over every aspect of his seminal 1968 classic was razor-sharp, and complete.

Stanley Kubrick didn’t want to make a science-fiction film. His plan, as he told his eventual collaborator, novelist Arthur C. Clarke, was to make the “proverbial ‘really good’ science-fiction film.” Clarke, already a successful novelist, found the idea intriguing, if false. There had certainly been other good science-fiction films; one of his own works had even been adapted for the screen. But Clarke was interested in collaborating with the man who he referred to as the “enfant terrible” in early letters. Kubrick had a reputation, which, despite its peculiarities, made some people want to follow. Many others simply thought Kubrick was crazy. “Oh, Stanley, for God’s sake!” another friend exclaimed. “Science fiction? You’ve got to be kidding.”

He wasn’t, of course. In the mid-1960s, despite the popularity of writers such as Clarke, Robert Heinlein, and Isaac Asimov, the science-fiction genre was still considered a low-grade version of reputable fiction. It was meant for the dime store shelf, the crumpled back pocket. At the time, “science fiction was only a step or two above pornography on the social acceptability scale,” Christiane Kubrick, the filmmaker’s wife, told the writer Michael Benson. But Kubrick, coming off the critical success of 1964’s satirical Dr. Strangelove or: How I Learned to Stop Worrying and Love the Bomb, saw something else at its margins, a way to explore questions about the existence and man’s ultimate reaction to extraterrestrial life.

The more others tried to steer him away from what was becoming his most ambitious project to date, eventually taking him and a team of over 100 crew members more than four years to complete, the more Kubrick dug in his heels. The director “was determined to create a work of art which would arouse the emotions of wonder, awe—even, if appropriate, terror,” Clarke later wrote. In the process, Kubrick would drive many people crazy. The result would go far beyond even his wildest visions, no matter how much he attempted to control.

The Museum of the Moving image illustrates the lengths of his control through a massive amount of original materials from the film’s production, most of which display in great detail the intense obsession and exacting perfection that helped build the Kubrick myth.

Every memo, from the mundane to the detailed, appears to have been saved. There are reports compiled for Kubrick by assistants on topics such as hibernation procedures, electronics, and long range forecasting studies; costume, set, and concept drawings, both rough and technical; general note cards from the production, on one of which he wrote, “I love a mystery.” A three page letter from the production lists all the types of magazines that would be suitable for a film set in the year 2001, including a few of Kubrick’s own creation.

The exhibition caters to people who are as equally obsessed with the film as the man who made it. Edging out the big-ticket items—costumes from the famous Dawn of Man opening of the film; French designer Olivier Mourgue’s futuristic Djinn chair, prominently featured in the movie—is the often unseen marginalia of film production. The work that went into every aspect of the making of the film, down to the smallest detail, is evident. Viewers can pour over documents and see the film as it was being created, piece by piece. You can enter Kubrick’s mind, or at least of one of his various assistants, tasked to research arcane topics and compile extensive dossiers.

What’s missing is what happened to 2001: A Space Odyssey after it was released. Critically unappreciated upon its premiere, the film was later adopted by an audience open to its ambiguous, stargazing nature. And the influence it has held over the science-fiction genre and the way we picture space exploration—visually if nothing else—is unparalleled, to the point that people thought Kubrick might have later helped film the actual Apollo 11 moon landing. Today, it remains an experience, something you remember seeing for the first time. It’s a memory as much as a work of art, and with its influence has also come intense speculation and theorizing about the film’s ultimate meaning.

Kubrick’s thoughts about this are unclear. Would he have even wanted an exhibition like this to exist? We see hints of what he was thinking toward the end of the show, where you can view a comprehensive document written by the filmmaker on what should and shouldn’t be done with 2001’s publicity. “We are not selling a carnival,” he writes, prophetic about the film’s ultimate reception. Next to it, as if contradicting his advice, are promotional comic books about the film released by motel chain Howard Johnsons and posters from the film’s rerelease that attempted to cater to the hippie market by describing the film as “the ultimate trip.” It would seem that the film had escaped his grasp, but it didn’t matter. Kubrick was already on another journey. 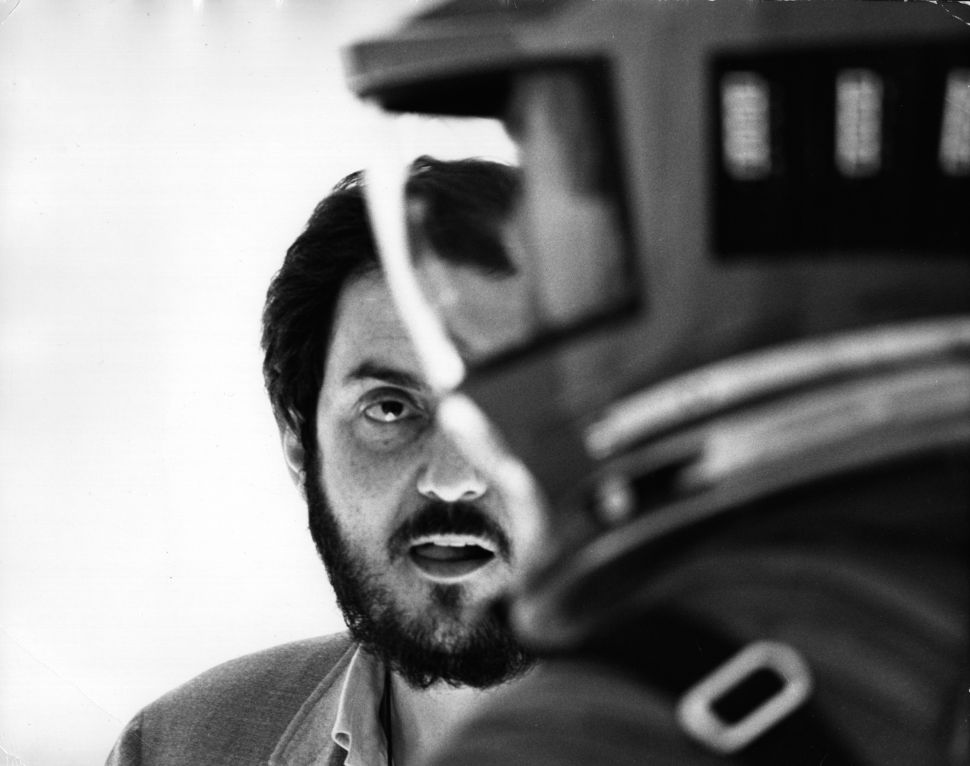