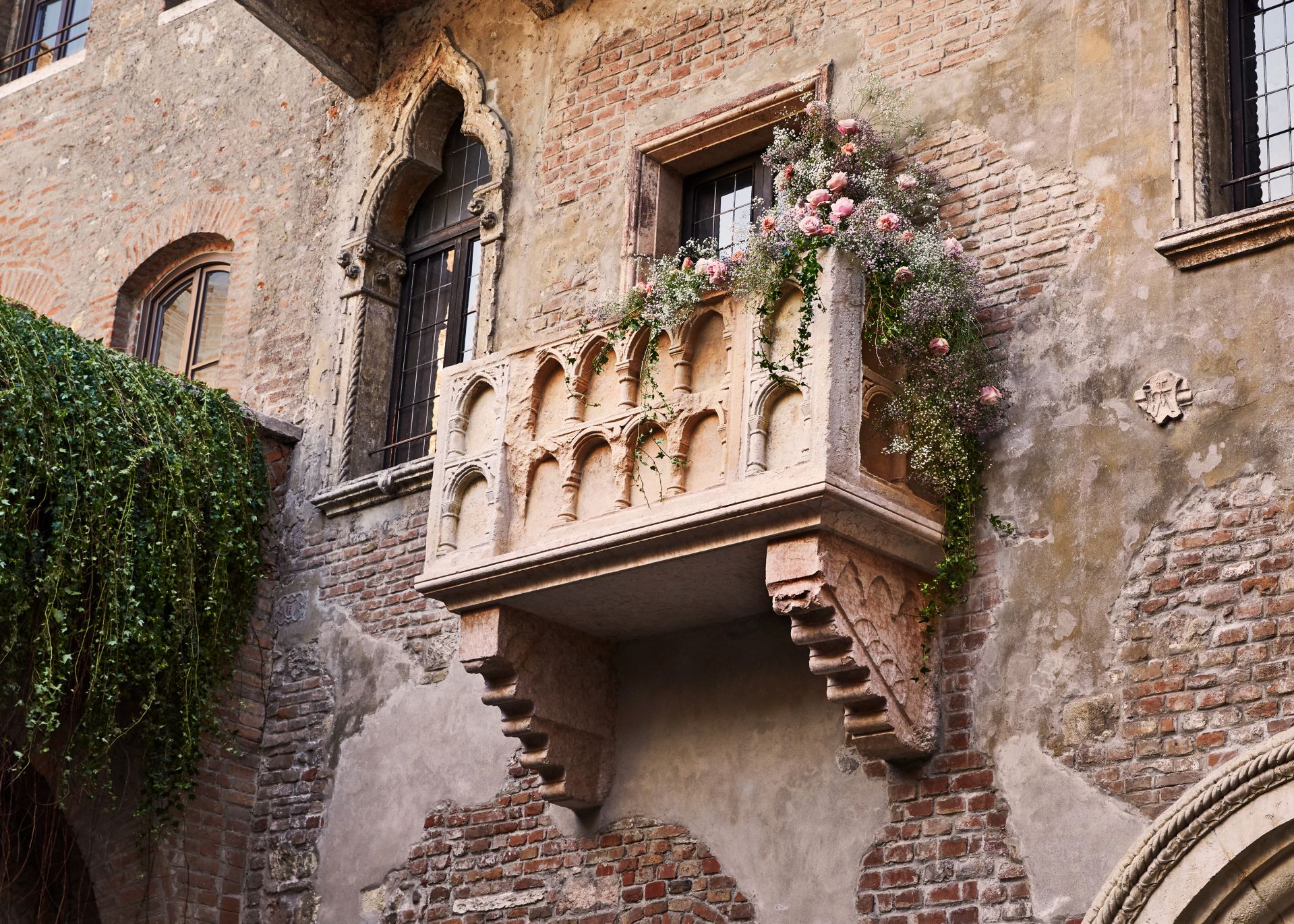 Airbnb is hosting a contest to spend Valentine's Day at Juliet's balcony in Verona. Scroll through to see inside the most romantic February 14 spot.
Courtesy Airbnb 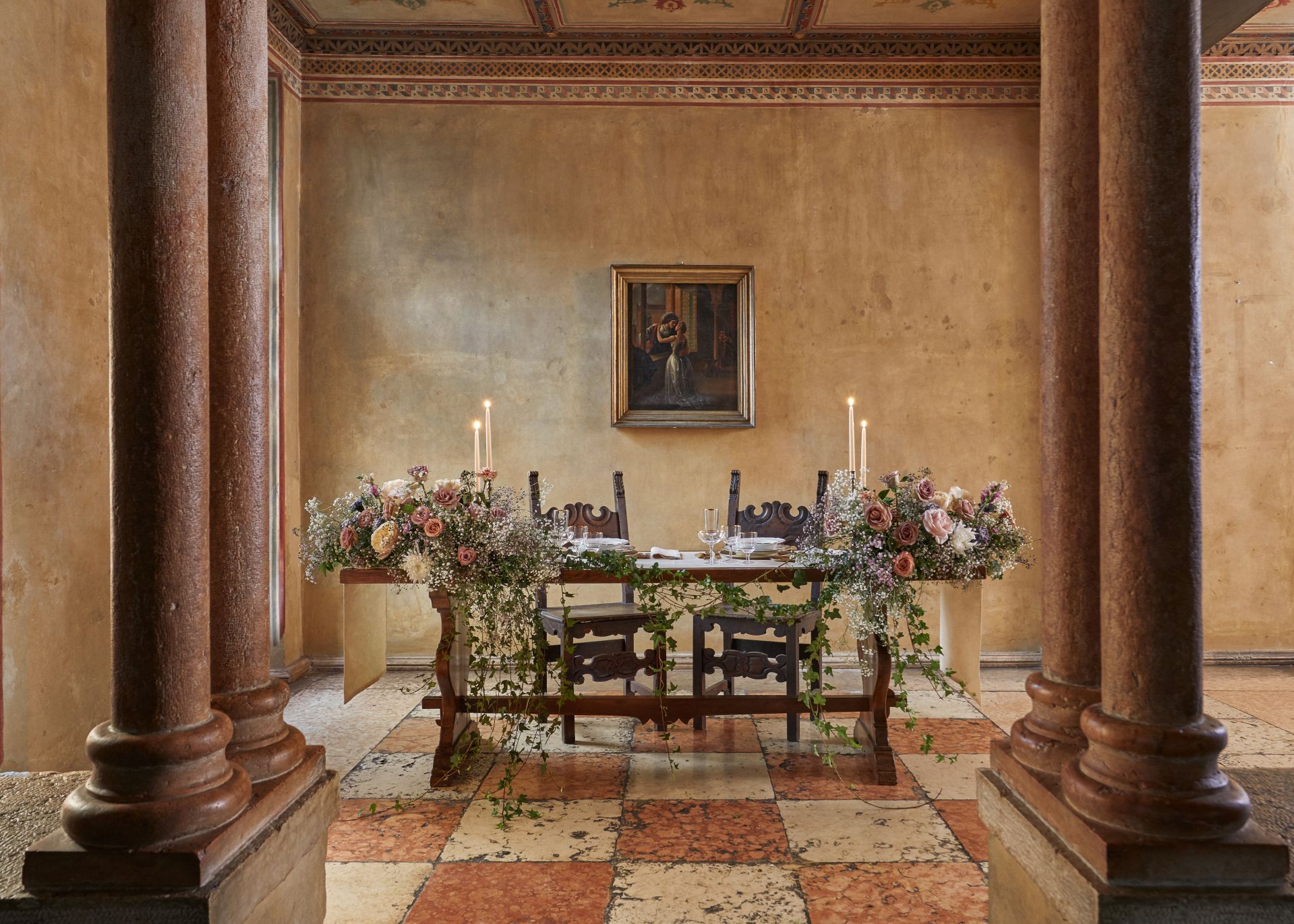 The one-night experience includes a Michelin star-dinner inside the building.
Courtesy Airbnb 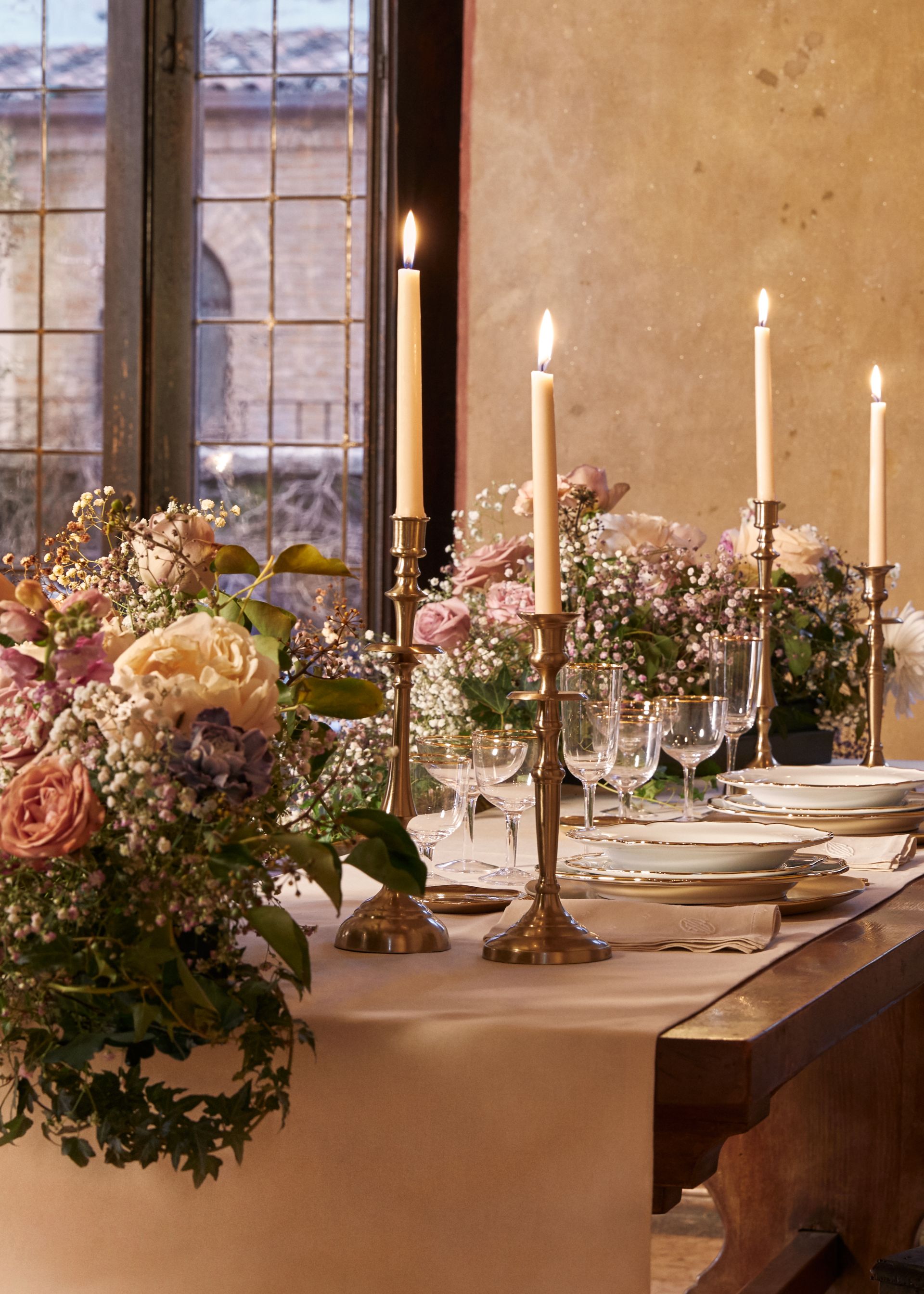 Airbnb worked with an Italian architect to renovate the historic building.
Courtesy Airbnb 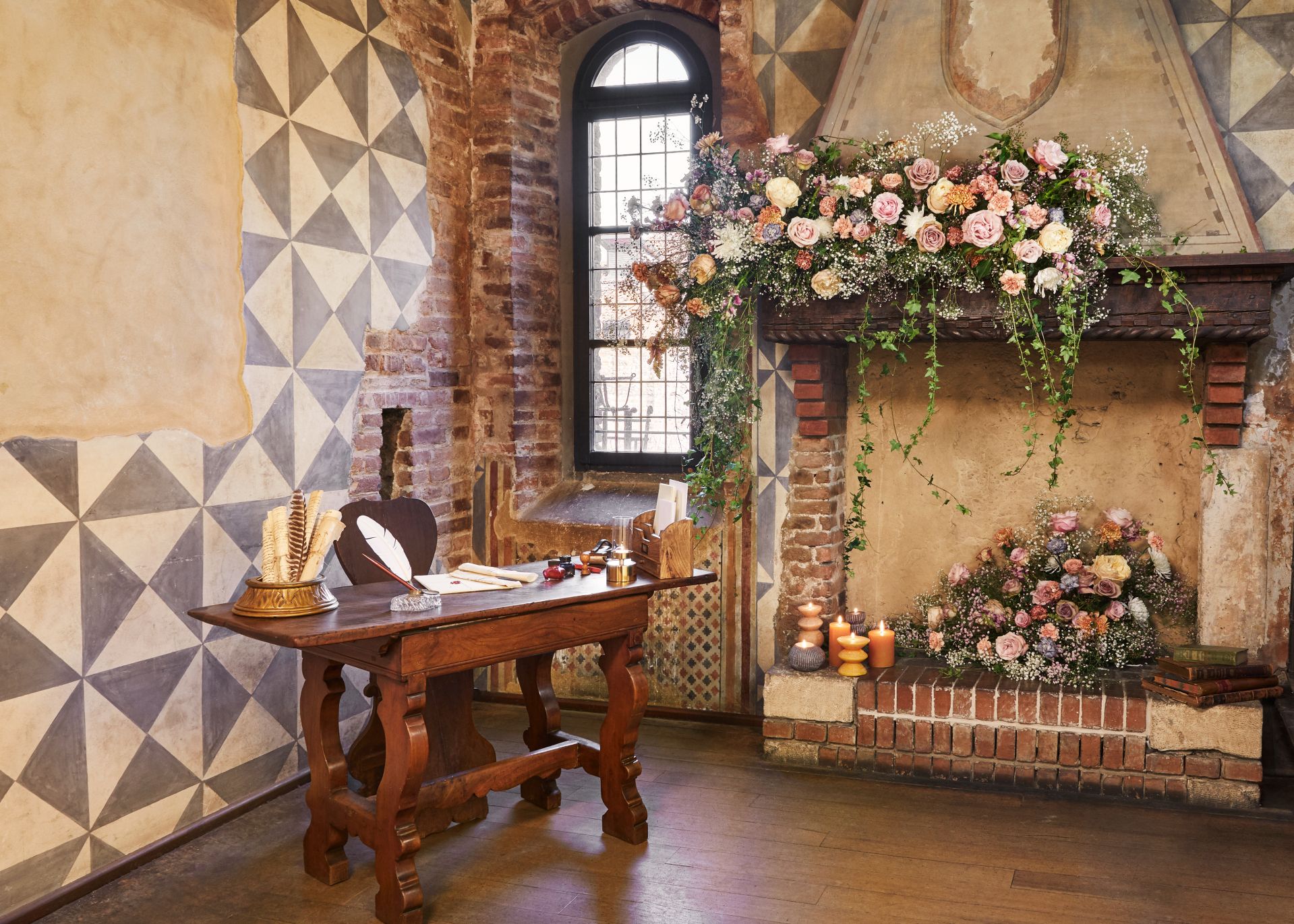 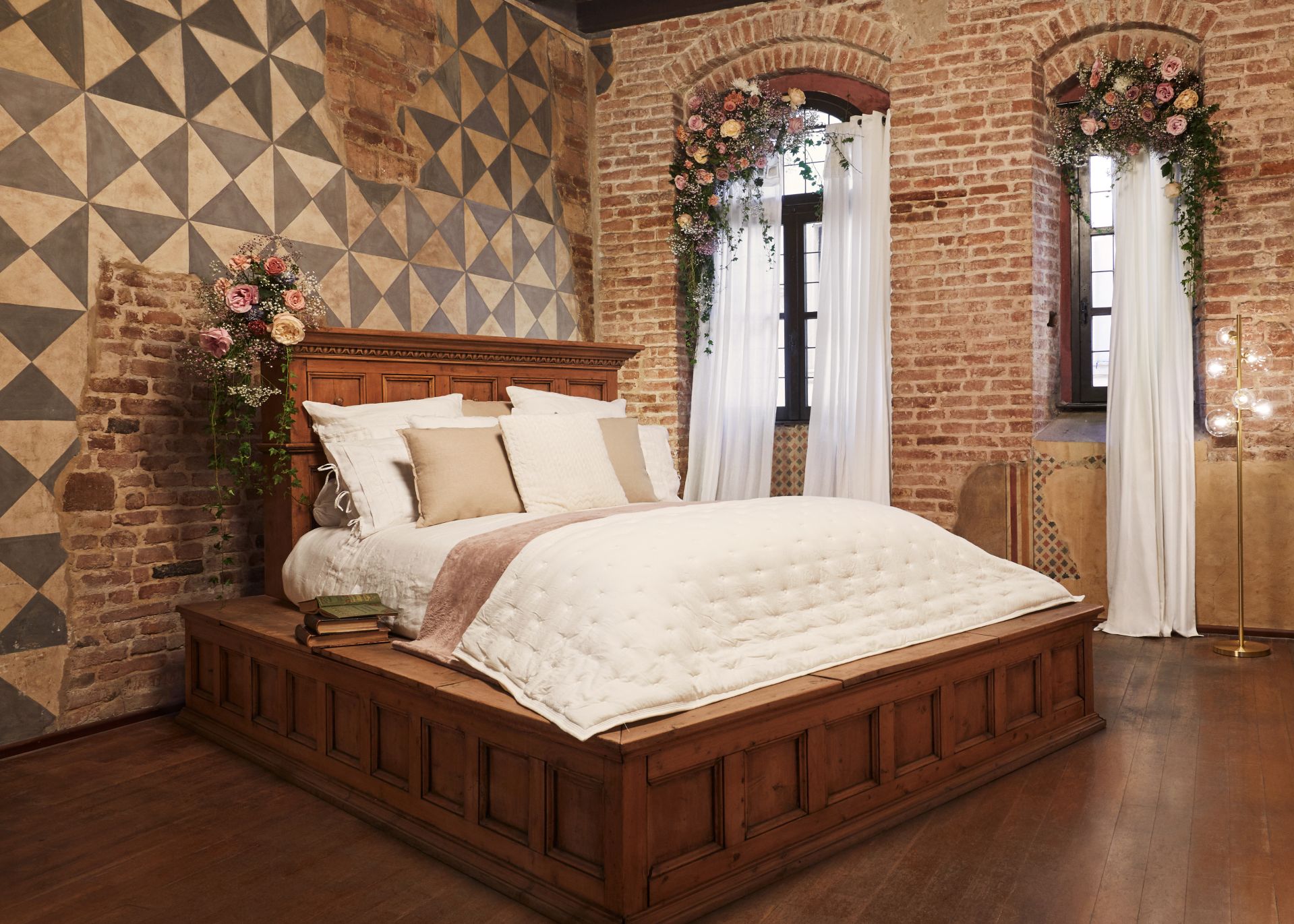 The couple will spend the night in Juliet's bedroom.
Courtesy Airbnb 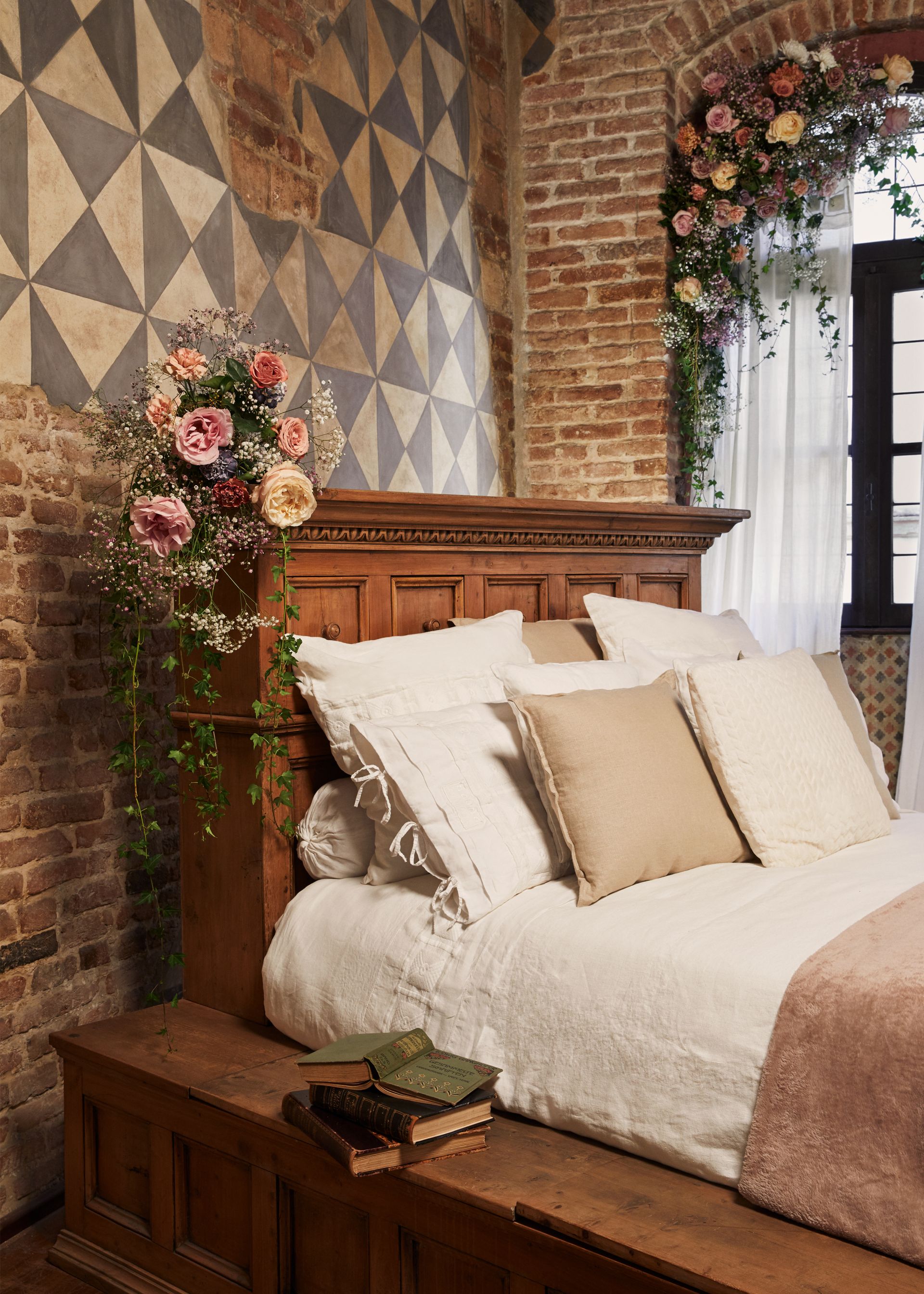 It's the same bed used i the 1968 film adaptation of the play.
Courtesy Airbnb 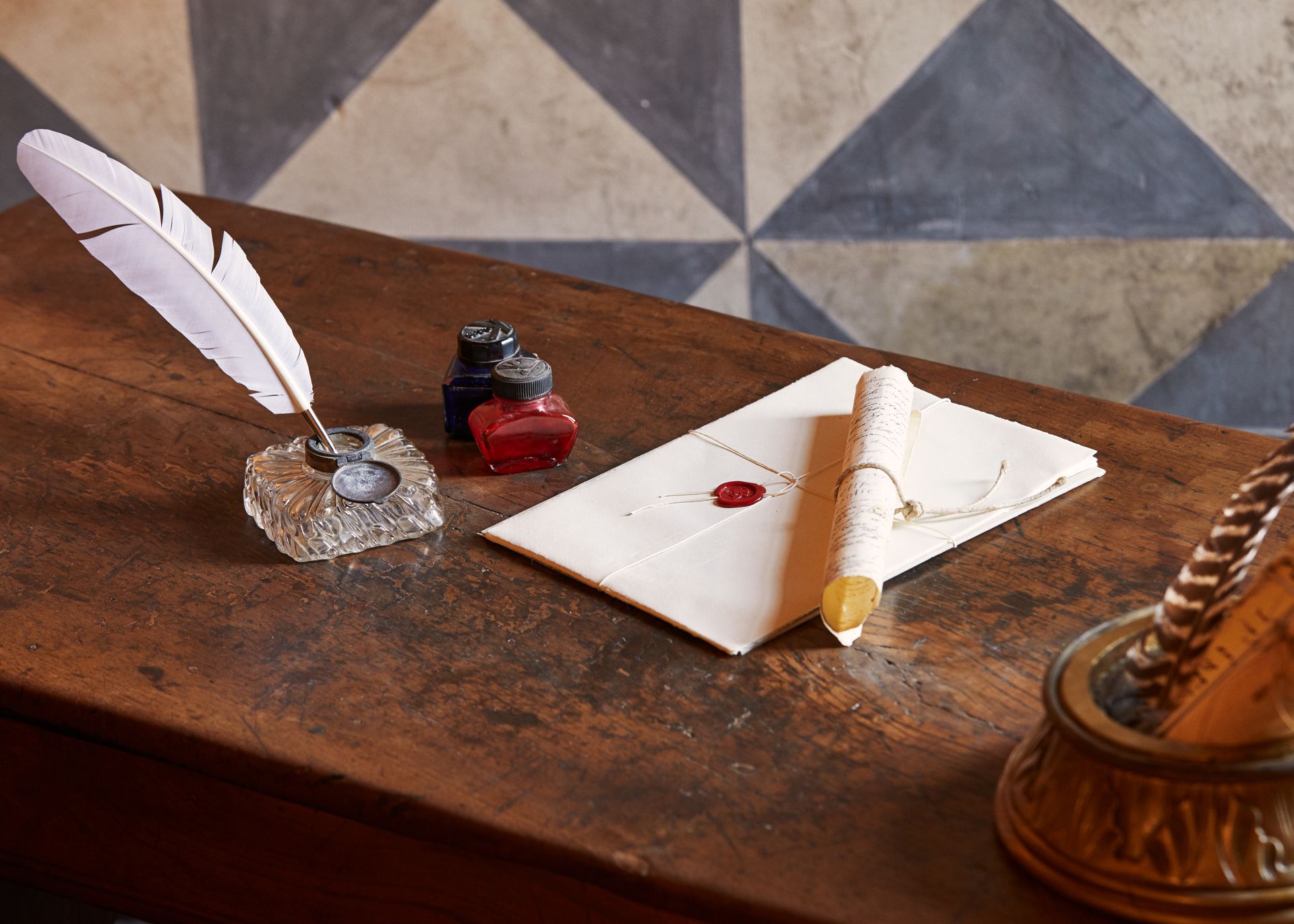 The guests will also get to read and respond to letters written to Juliet.
Courtesy Airbnb 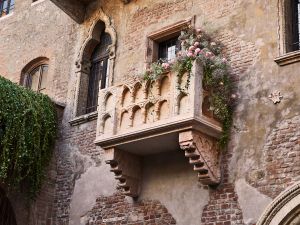 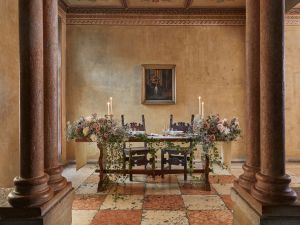 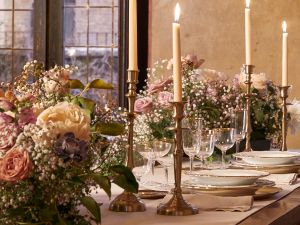 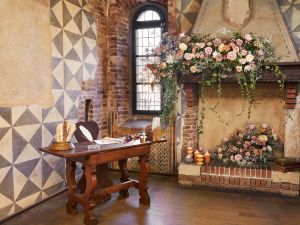 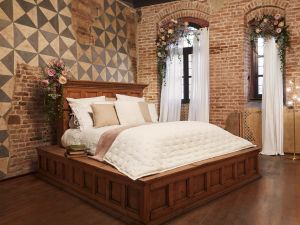 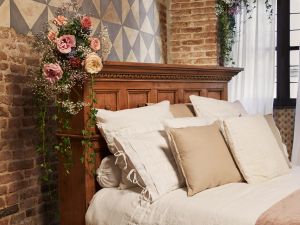 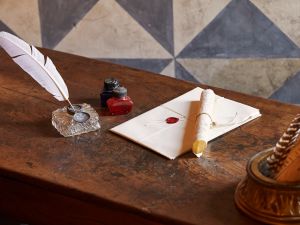 Valentine’s Day is just around the corner, which means couples all around the world are frantically attempting to plan the perfect February 14. For some, that means searching for the ultimate gift, while others opt for a more experiential way of celebrating in a faraway locale. For those thinking about booking a vacation for Cupid’s favorite day, Airbnb is offering the chance to spend the night in one of the most romantic spots you could possibly find—the famous Romeo and Juliet balcony building in Verona, Italy.

It’s not about how much you can pay; instead, Airbnb is holding a contest in which couples must send a letter to Juliet (don’t worry, it’s all online at airbnb.com/juliet), in which they write to the nonprofit “Juliet’s Club,” composed of Juliet and her secretaries, about why they’re the perfect people to win and spend the night at Casa di Giulietta.

SEE ALSO: Gurney’s Montauk Is Bringing the Hamptons to St. Barths This Year

While the actual location of Juliet’s home in Shakespeare’s beloved play has never been specified, this 13th century building is widely thought to have inspired the locale, particularly due to its balcony associated with the “wherefore art thou Romeo” scene in Romeo and Juliet.

Airbnb worked with an Italian architect to transform the building into a home for the first time since the 1930s, and this is the first time that this kind of experience has been offered.

The lucky winning couple’s night includes a personal butler and a candlelit dinner in a dining room custom-outfitted with crystals, candles and flowers, plus a cooking demonstration hosted by chef Giancarlo Perbellini, of the Michelin starred-restaurant Casa Perbellini. The couple will also have the option to read and answer a few of the 50,000 letters sent to Juliet every year, as well as a private tour of the home and of Verona.

They’ll spend the night in Juliet’s medieval-themed bedroom, which is furnished with the original bed used in Franco Zeffirelli’s 1968 film adaptation of Romeo and Juliet.

If you’re interested in applying, it’s time to start writing—the contest closes at 11:59 pm on February 3.

And don’t panic if you aren’t picked for the night at Casa di Giulietta, as Airbnb is offering four other romantic experiences in Verona. Options include a dinner with a Valentine’s Day inspired menu at Casa Perbellini ($114 a person), the chance to be a Juliet secretary for the day ($35 a person), a photoshoot in Verona ($97 a person) and a food and wine walking tour, with stops at Juliet and Romeo’s respective homes in the city ($91 to $103 a person).