This year, the expansive Red Bull Arts program is working on broadening the spectrum when it comes to the types of projects it takes on, and the platform is kicking things off in April with its first traveling exhibition: “Akeem Smith: No Gyal Can Test.” Smith, a multidisciplinary artist, stylist and creative director who’s collaborated with brands like The Row, Yeezy and Helmut Lang, is marking his first solo exhibition. The show promises to be an exploration of “memory, archive and history” that draws on Smith’s dual upbringing in Jamaica and New York via his vast trove of photographs and footage of the dancehall scene. Additionally, Smith will show sculptures sourced from material collected in Kingston, Jamaica’s Waterhouse District; his childhood neighborhood.

Growing up, Smith’s godmother owned a tailoring business called The OUCH shop, and it was there that the young artist was put in proximity with dressmakers who constructed garments for major figures in the ’90s Jamaican dancehall scene like Lady Saw, Beenie Man, Ninja Man and Patra. With the exhibition, Smith seeks to transmute this same sense of kinetic liveliness to an exhibition setting, as well as a deeper understanding of community that evades traditional categorization.

“The sculptures function primarily as personal reliquaries of nostalgia for Akeem; only secondarily do they aim to reflect any discernible elements of a dancehall scene,” Max Wolf, Chief Curator of Red Bull Arts, told Observer. “You have to understand that dancehall as a movement has always been much more than a musical genre. Dancehall was in the ether—an inescapable residue, a social fabric, an immovable score that blanketed so much of daily life in these parts of Kingston.” “Akeem Smith: No Gyal Can Test” will debut at Red Bull Arts New York on April 9 before moving to Red Bull Arts Detroit in the fall. 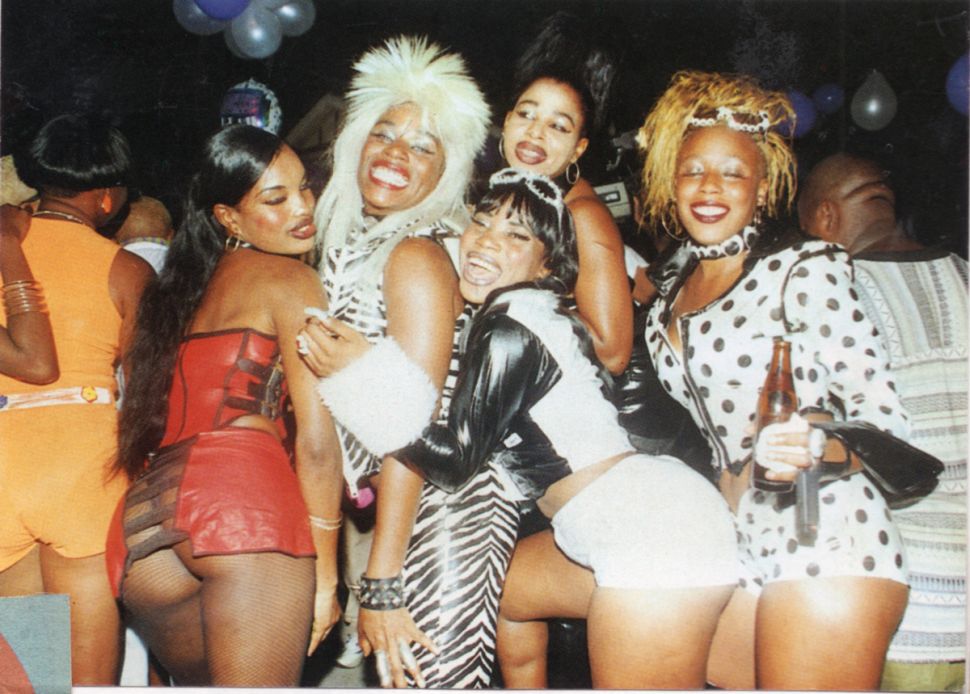