Thirteen years after Jason Reitman and Diablo Cody’s $6.5 million Juno premiered at the Toronto International Film Festival before embarking on a world-consuming $231 million box office run, studios are still helplessly searching for the next great festival hit. Nowhere is this mix of desperation and aggressiveness more prevalent than the Sundance Film Festival, where mammoth eight-figure deals are signed in haste before often giving way to disappointing box office returns. Regardless, shooters gotta shoot, and that remains the case this year.

Neon and Hulu have landed the worldwide rights to Andy Samberg’s new comedy Palm Springs in a record-breaking $17,500,000.69 deal, according to The Hollywood Reporter. That extra 69 cents pushes Palm Springs ahead of previous record-holder, 2016’s The Birth of a Nation, which Fox Searchlight Pictures purchased for $17.5 million. Nice.

“We spent over 85 million dollars of our own money on this movie, we are taking a bath on this deal. We hope Neon and Hulu are happy but we definitely have a lot of explaining to do to our families,” the producers joked in a statement, per THR.

In 2017, Hulu and Neon partnered on an output deal that would see titles released by the latter stream exclusively on the former following their theatrical windows. The two companies acquired Lupita Nyong’o’s Sunance hit Little Monsters in 2019, which received a limited release.

For Neon, Palm Springs marks a risky investment. Despite generating positive reviews upon its debut last week, the romantic comedy may have a difficult time attracting mainstream audiences. Similarly hyped rom-coms such as Late Night (acquired by Amazon for $13 million at Sundance 2019) and Brittany Runs a Marathon ($14 million) combined for just $30 million at the box office, though Amazon Studios head Jennifer Salke noted their strong performance on Prime Video. Mid-budget original fare unconnected to pre-existing intellectual property or blockbuster franchises continue to struggle in multiplexes. That’s why studios are increasingly relying on $100 million tentpoles rather than adult-skewing dramas, comedies, and new-to-screen concepts.

For Hulu, which is now enjoying a well-resourced safety net courtesy of Disney, the move boasts far more upside and far less downside. Samberg’s NBC sitcom Brooklyn Nine-Nine is one of the streamer’s most-watched offerings. 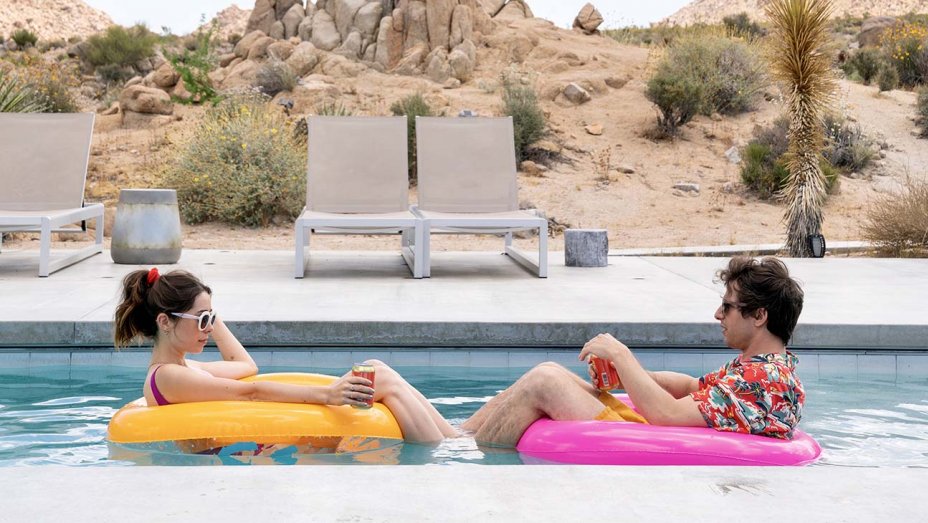