Apple’s diligent CEO Tim Cook rarely gets involved in business dealings outside his day job leading the world’s largest tech company. But he’s made an exception for a niche shower head maker called Nebia by investing a “significant” amount of his own money.

SEE ALSO: This Could Be Warren Buffett’s ‘Elephant-Sized’ Acquisition in 2020

How did this little invention catch Cook’s attention and lure him to bet with his salary? The story goes like this, according to Nebia’s founder Philip Winter, who recently spoke to Bloomberg reporter Mark Gurman.

On an uneventful day in 2015, Cook walked into his local gym near the Apple campus in Palo Alto, Calif. After the workout, the tech executive took a shower using a Nebia shower head in the locker room—and was thoroughly impressed.

Turns out, Nebia’s founder had placed those shower heads near Cook—and people like him—on purpose. During the product development stage in 2014, Winter lobbied fitness centers in Silicon Valley, persuading gym owners to test Nebia prototypes in their locker rooms in the morning. After each pilot test, Winter would wait outside to get feedback. On one of those mornings, he met Cook.

“Cook was drawn to the environmental aspect,” Gurman wrote. “Despite the first prototype being ‘crude,’ the Apple CEO was excited about the product because there hadn’t been much recent innovation in the shower market. He also appreciated the design, Winter said.”

Following his own investment, Cook also helped connect Winter to other investors, including former Google CEO Eric Schmidt, and offered advice on how to improve design, supply chain and user experience.

Nebia has to date raised $8 million in venture capital. This week, the company released a new shower head on Kickstarter. It retails for $199 and is on sale for $160 for early birds. 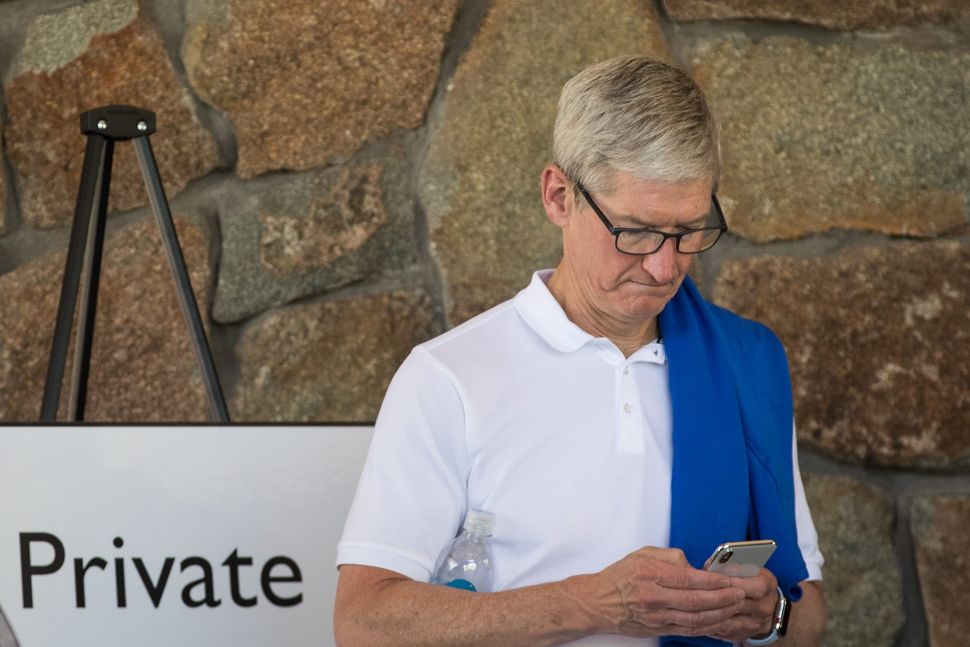