Is your workplace toxic?

You might not think so, but AI analytics could prove you wrong. And then what?

SEE ALSO: Artificial Intelligence Is on the Case in the Legal Profession

Receptiviti is a platform designed to help finance firms and banks measure workplace culture, happiness and burnout. This is done via artificial intelligence (AI) which analyzes how employees use language in the company’s messaging systems (email, Slack, Skype, etc.).

Aside from making assumptions on stress and happiness, the platform can also analyze if an office has a “toxic” culture. The AI system “measures engagement, collaboration effectiveness, innovation-readiness and blockers of performance—such as stress and fatigue.”

This is done by analyzing subtle patterns in language in real-time.

That’s a lot of information to take in. Let’s back up a second. We know of Tesla CEO Elon Musk’s fears of AI running amok. (Worse case scenario: Total nuclear destruction of the planet.) But, should we be concerned if our internal workplace messaging interactions are analyzed by AI? Working in an office is unpleasant enough (have you ever spent time in a cubicle?), let alone having our Slack and email messages analyzed and evaluated—especially during this age in which people get fired for posting spicy comments on Twitter. Isn’t the entire problem with messaging the misinterpretation of tone and irony, which sometimes gets lost in the translation? Thus, an AI system could misinterpret words as being “toxic” and lead to innocent parties being fired from their job…

“The system does not generate insights at an individual level, is not looking for keywords or phrases, and does not understand irony or sarcasm,” he explained. “It is looking at patterns of language over time from large groups, and changes in those patterns that are indicative of healthy or unhealthy changes in stress, fatigue, satisfaction within those groups.”

Language data is never read by humans and is automatically scored using proprietary algorithms to generate insights into stress, engagement and other culture metrics.

“The platform analyzes whole companies, or departments, teams, divisions within companies—but only when there’s a minimum group size of 10 people,” Kreindler elaborated. “It won’t show scores for groups smaller than 10 people.”

Receptiviti’s purpose is to provide a software-based solution to solve a company’s biggest people-related challenges. And Kreindler is in good company. In 2015, he co-founded Receptiviti with Prof. James Pennebaker, a social psychologist at the University of Texas, who focuses on the relationship between natural language use and social behavior. Over his years of research, Pennebaker has discovered that patterns in the way people use functional language (primarily prepositions and pronouns) provide a window into people’s emotional and cognitive world.

And this type of science is now being utilized through the Receptiviti platform.

So what are the nuts-and-bolts behind stress-determining technology?

“Patterns of language that suggest attention inward, and language associated with reasoning, problem solving, uncertainty and a high degree of attentiveness to expectations of others,” Kreindler explained.

On the other end of the spectrum, signals that indicate empowerment are patterns of language that suggest that people are focused on the future and more on the group rather than themselves (using words like us, we, etc.) The reason? People feel a sense of control within the group and signals of attentiveness to reward (win, gain, achieve).

OK, recognizing empowerment is all fun and games, but how does Receptiviti’s AI determine a toxic workplace?

“The system is looking for changes in signals over time that would suggest increasing stress levels that may be related to organizational changes, team changes or significant differences in groups that should look similar on key metrics,” said Kreindler. “For example, sales teams with similar targets that are manifesting drastically different stress levels and levels of risk taking propensity could indicate an unhealthy sales culture in teams with elevated scores.”

I can also imagine AI spotting the frequent uses of “ninnyhammer, dipstick and foinkadoink” directed at a boss—and denoting a toxic workplace.

Scores on the Receptiviti platform are generated without human involvement; scoring is entirely automated. Then, humans use the scores to inform decisions—much like how AI used in other industries. So, is there anything we need to fear about AI determining if a workplace is toxic or not?

“Technology like Receptiviti is informative and not prescriptive; it enables business leaders to make smarter and more data-driven decisions,” Kreindler said. “The technology itself can’t ascertain that an environment is toxic, but it can identify signals that suggest where business leaders should focus their attention and enable them to better understand and anticipate where they may have culture problems.”

In general, a happy workplace is a workplace that drives productivity, fosters collaboration and reduces absenteeism and turnover. Traditionally, toxic workplace problems are not recognized until it’s too late, usually after the company is dealing with the consequences—mass attrition, brand and/or reputation damage, financial performance, fines, etc.

As an example, look towards the sales conduct/culture problems at Wells Fargo which were festering for years. A toxic high-pressure sales culture at the bank drove some workers to deceive customers and open unauthorized accounts. Yikes. By that time the company recognized the problem, it had incurred significant losses.

A recent survey by Colonial Life came to the astute conclusion that stressed workers cost employers billions of dollars.

According to the survey:

More than 20% of workers spend more than five hours on the clock each week thinking about their stressors and worries. An additional 50% of employees said they lose between one and five hours of work to stress each week.

Let’s crunch the numbers: For a company with 40,000 employees this equates to 5.6 million hours/year of lost productivity and $270 million in lost wages/year. In his book Dying for a Paycheck, Jeffrey Pfeffer states that workplace stress costs employers $190 billion in excess costs.

“A platform like Receptiviti can identify these issues at the earliest possible point, enabling management to address the issues before they manifest into larger problems,” Kreindler concluded.

So just remember, the analytics are out there. And machine learning will determine if you have a happy workplace or not. Because AI is watching you. It sees you when you’re sleeping and knows when you’re awake. And it will denote when you call your boss a foinkadoink. 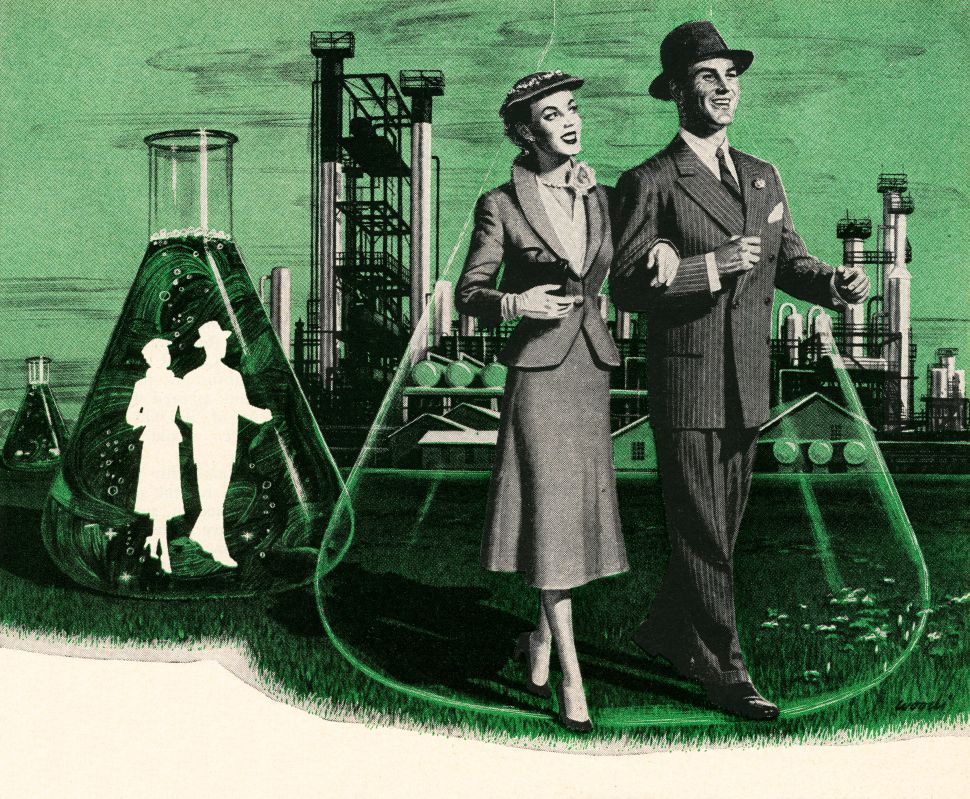